March 1 2018
14
More than 20 civilians in the province of Deir ez-Zor died under the fire of the Western coalition air force. The terrorists returned a number of positions in the north of Idlib. Reports about it FAN with reference to Syrian sources. 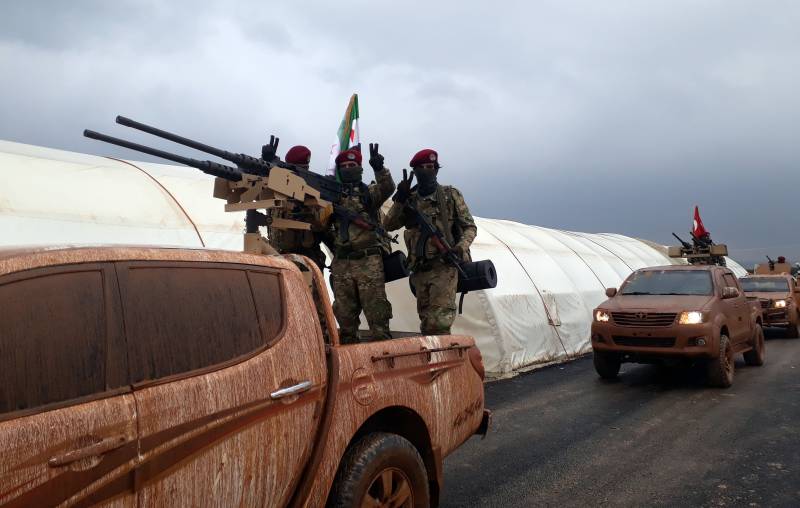 At the beginning of the day, it became known that the Syrian Arab Army (CAA) drove out the militants of “Dzhebhat al-Nusra” (banned in the Russian Federation) and allied forces from the village of Hosh al-Dawahir and continued to advance towards the settlement of Shaikuniya. Also, government forces managed to clear out part of the city of Harasta from radical Islamists.

During the day, the radicals opened fire several times on the humanitarian corridor in Eastern Gute, preventing the evacuation of civilians from the areas occupied by the militants.

In the northern part of the province of Aleppo, the confrontation between pro-Turkish groups and the Kurdish alliance of the Syrian Democratic Forces (SDF) continued. The Syrian Free Army (FSA) was able to repel the towns of Ankala and Sinara from the Kurdish militia fighters.

The air forces of the Western coalition again attacked the supposed locations of the IG terrorists (the group is prohibited in the Russian Federation) in the east of the region. As a result of attacks killed 24 civilians.

In the north of the province of Idlib, the confrontation between the terrorists of "al-Nusra" and opposition groups continued. According to sources, the terrorists regained the town of Deir Hassan. Earlier, the united opposition forces drove out an-Nusru from more than 10 settlements in the region. However, the terrorists soon regained control of the villages of Atma, Kach, Akirbat and Kafr Lyusin.

The location of the SAR government forces in the south-west of the province of Hama came under attack from Dzhebhat al-Nusra militants. Radicals tried to break through to the highway connecting the city of Salamia and the administrative center of the neighboring province of Homs. However, their attack was successfully repulsed by the Syrian army.