March 1 2018
67
23 January 1558, the army of Ivan the Terrible launched a campaign against the Livonian Confederation - a military-religious state created in the Baltic by German knights. So the Russian kingdom undertook the first in its stories a serious attempt to “cut a window” to Europe, coming to the Baltic coast. 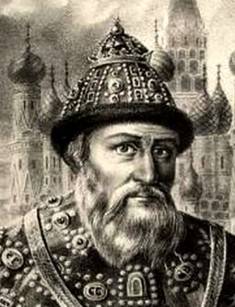 The 16th century marked the gradual decline of order statehood in the Baltic States. The Livonian Confederation, which included the lands of the Livonian Order and the four bishops, was a politically and militarily weak state formation, on whose lands the neighboring Sweden, Denmark, Poland, and the Russian kingdom were gaining strength. Ivan the Terrible, shortly before the march to Livonia joined the Astrakhan and Kazan Khanates, the Great Nogai Horde and Bashkiria, considered it possible and necessary to expand the country's borders not only to the east and south, but also to the west. Moreover, for more active economic relations with Europe, Russia needed access to the Baltic Sea.

The campaign of Russian troops in January 1558 of the year to Livonia was of an intelligence character. The number of troops was 40 thousand people, and they were commanded by the trusted governor of the king - the boyar Danil Romanovich Zakharyin-Yuryev, the uncle of the king, Prince Mikhail Vasilyevich Glinsky and Kasimov Shah-Ali Khan. It was Shah-Ali to Khan that Ivan the Terrible entrusted the overall command of the campaign to Livonia. Landstag of the Livonian Confederation, trying to prevent the outbreak of the war, decided to transfer to Moscow a tribute in the amount of 60 thousands of thalers. But by the spring they managed to collect only half of this amount, which Ivan the Terrible could not have liked.

Russian troops under the command of the governor Danila Fedorovich Adashev and Alexey Danilovich Basmanov were again sent to Livonia. In April, 1558, the Russian troops besieged Narva - one of the key fortresses of the Livonian Order. Then the troops commanded by Prince Peter Ivanovich Shuisky laid siege to Neuhausen fortress. The resistance of its defenders was suppressed only after a month of siege. In July 1558, the town of Shuisky, surrendered to the garrison of Dorpat, headed by Bishop Hermann Weiland. By October 1558, the 20 fortified cities of Livonia, in which Russian garrisons were stationed, were in the hands of Russian troops. The bulk of the troops for the winter went to the territory of the Russian kingdom. 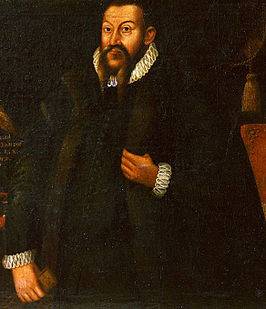 Naturally, the Livonian Order did not intend to put up with this state of affairs. In 1559, the post of Landmaster of the Teutonic Order in Livonia was taken over by 42-year-old Gothard Kettler (1517-1587), a native of Westphalia, from an old knightly family. He led the 10-thousandth Livonian army and was able to defeat the governor Michael Repnin. However, as early as January 1559, Russian troops of Prince Vasily Serebryany invaded Livonia, who quickly defeated the Livonians and captured the 11 of the Livonian cities.

The military successes of Ivan the Terrible in Livonia seriously alarmed the neighboring countries of Northern and Eastern Europe. Poland, Lithuania, Denmark and Sweden made a demand to immediately cease hostilities against the Livonian Confederation. All these countries had their own interests on the Baltic coast. First of all, they claimed control of maritime communications. If before the Russian merchants were forced to transit through Revel, then in the case of the capture of Livonia and the provision of access to the Baltic Sea, the situation could change - for the better for the Russian kingdom and for the worse for the same Sweden. 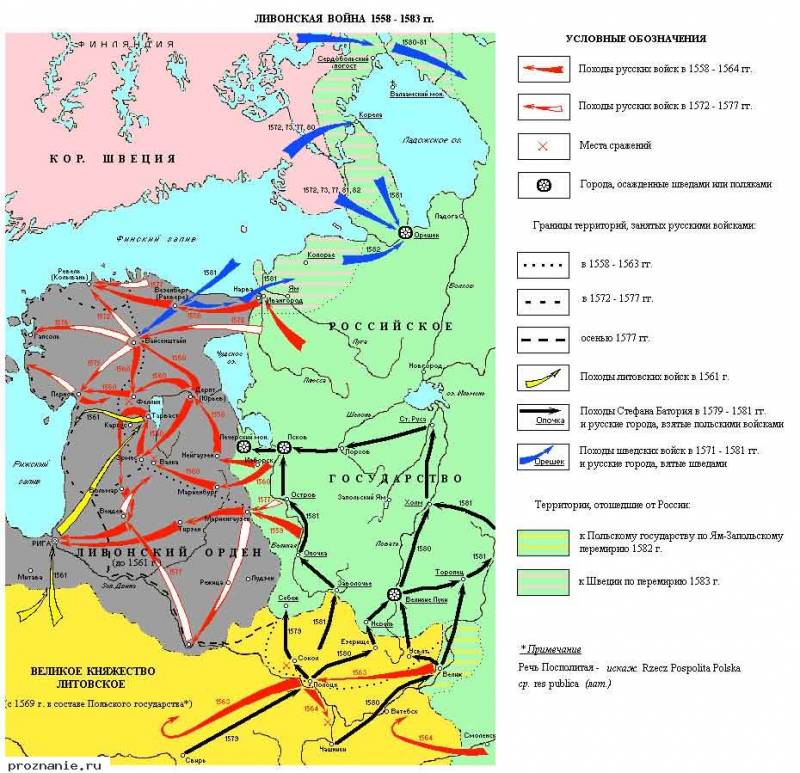 Centuries later, it is obvious that Ivan the Terrible hurried with the hostilities against the Livonian Confederation, launching an adventure, the consequences of which the Russian kingdom had to clear up for a very long time. To begin with, practically the whole of Europe was up against Moscow because of the war with the Livonian Confederation. It was an ideological, civilizational question - in contrast to the Orthodox Russian kingdom, the Livonian Confederation belonged to the world of Western, Catholic culture. On its side was the moral, political and military support of almost all of Western, Central, Northern Europe. It was during the fighting in Livonia that the demonization of the Russian state and the Russian people began in Europe. This attitude to Russia became decisive for European politics for the next centuries. Europe hated and was afraid of the Russian state. Having hurried events in his striving to gain access to the shores of the Baltic Sea, Ivan the Terrible set up Europe against himself and this was very strongly "backfired" by his successors - the subsequent rulers of the Russian state.

New phase of the war in Livonia in 1561-1562 led already to a direct confrontation of the Russian kingdom and the Grand Duchy of Lithuania. At first, the Russian troops acted relatively successfully, but then began to gradually lose ground. Thus, in 1564, the Russian army under the command of Prince Peter Shuisky was defeated in the battle of Chashniki by the Lithuanian army, commanded by the great Lithuanian hetman Nikolai Radziwill and Kastelyan of Vilna, Grigory Chodkiewicz. Russian voivod Prince Peter Shuisky was killed during the battle, as were several hundred Russian soldiers.

Prince Andrei Kurbsky, who commanded the Russian troops in the west of the kingdom, went over to the side of the Grand Duchy of Lithuania. For the Russian kingdom it was a serious blow, since Kurbsky was a confidant of Ivan the Terrible and owned information about Russian agents in Livonia and Lithuania. Failures in the war forced many influential boyars to request a cessation of hostilities, but Ivan the Terrible responded to these requests with the creation of an oprichnina and a tightening of policies regarding the boyars. As for the fighting, they were decided to continue.

Moscow refused the proposal of the Grand Duchy of Lithuania to divide the territory of Livonia between the two states and headed for “war to the bitter end,” which was understood as the capture of Riga. In his Livonian adventure, Ivan the Terrible completely forgot about the difficult position of Russia in other areas. In the north, relations with Sweden deteriorated more and more, and in the south Turks and Crimean Tatars became more active. First, the Turkish troops undertook a campaign against Astrakhan, and then, in 1571, the Crimean Tatar army reached Moscow and set fire to the capital. The situation was aggravated by a plague epidemic, which began in 1570 in Revel and caused severe damage to the Russian army. The epidemic of plague and terrible famine in 1571 covered many regions of the Russian kingdom. 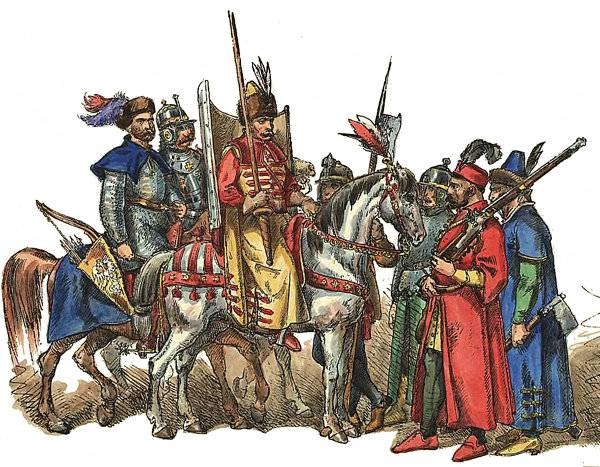 Thus, the result of the Livonian campaign of Ivan the Terrible was the emergence on the western borders of Russia of a new powerful state entity - the united Rzeczpospolita. Naturally, the political, economic and military power of the Polish-Lithuanian state has increased many times over the capabilities of the Grand Duchy of Lithuania before the union. For two centuries, the Commonwealth has become a permanent adversary, and sometimes an open enemy of the Russian state. During the XVI-XVII centuries. Commonwealth built all sorts of intrigues against the Russian state, culminating in the Polish invasion of Russia during the Time of Troubles and attempts to impose Lzhedmitriev on the throne of Moscow.

In 1579, Sweden entered the war against Russia, which also pursued its own interests. First of all, Sweden did not want the Russian kingdom to reach the Baltic Sea, as it expected to receive income from the controlled Baltic ports. Secondly, the scope of interests of Sweden included vast lands in the area of ​​the Neva River and the Gulf of Finland, which the Swedish king was going to recapture from the Russian kingdom. In 1580, Swedish troops captured Korela (Priozersk), in 1581, Narva, followed by the seizure of Koporye and Ivangorod.

The war in Livonia demanded a tremendous strain on resources from the Russian kingdom, especially since Moscow actually had no serious allies in this confrontation. The constant costs of the war, the Tatar raids, the plague, famine and crop failure led to disastrous consequences for the country. So, only the population of Moscow by 1580 was reduced three times. The total population of the Russian kingdom decreased by about 25%, and this despite the fact that during the reign of Ivan the Terrible new densely populated lands — Kazan and Astrakhan Khanate, Nogai, Bashkir and Cossack lands — became part of the country. People, especially in the central regions of Russia, were mowed down by famine and a plague epidemic, the consequences of which the authorities could not eliminate. Adventurous policy of Ivan the Terrible to conquer the Livonian lands gave its bloody fruits.

No wonder contemporaries called the period of the Livonian War Poruha. This word could not have better conveyed the state in which the Russian lands found themselves as a result of the war. Mortality has risen sharply - from hunger, plague and other diseases. At the same time, Ivan the Terrible engaged in the resettlement of peasants in the Middle and Lower Volga region, which also contributed to the decline in the population in the central regions of the country. Many peasants resettled on their own on the outskirts of the country, trying to avoid enslavement. More than 50% of agricultural land as a result of this policy remained unprocessed, which entailed a further increase in the cost of food and aggravated the famine that swept the Russian lands.

Although Ivan the Terrible, entering into the Livonian War, pursued the goal of providing access to the Baltic Sea and, accordingly, improving the political and economic position of the Russian kingdom, in practice everything turned out completely different. In January, 1582, the Russian kingdom made peace with the Commonwealth, recognizing the latter’s control over Livonia and Belarus. In 1583, an armistice was concluded with Sweden, in which Karelian lands and lands along the southern coast of the Gulf of Finland departed in favor of the Swedish crown. Thus, the goals that Ivan the Terrible set before the war were not achieved. The Russian kingdom not only failed to reach the Baltic Sea, but also lost land near the Gulf of Finland.

18 (28) March 1584, Ivan the Terrible died, leaving unresolved conflicts on the western borders of the country. In 1590-1595 a new Russian-Swedish war broke out, following which it was possible to win the lands they had seized from the Swedes by the year of 1583. As for access to the Baltic Sea, Russia decided this task in a little over a century, already in the XVIII century. Two hundred years after the events of the Livonian War, the Commonwealth also ceased to exist as an independent state, so that, historically, Russia still had the victory.

Ctrl Enter
Noticed oshЫbku Highlight text and press. Ctrl + Enter
We are
Victory Day of the Russian soldiers of Prince Alexander Nevsky over the German knights on Lake PeipsiResults of the week. "Well, do not change me because of every idiot!"
Military Reviewin Yandex News
Military Reviewin Google News
67 comments
Information
Dear reader, to leave comments on the publication, you must sign in.