Day after day, London and Washington, as a mantra, spells about the alleged use of "chemical weapons" against civilians by the Syrian authorities, this time in Eastern Ghouta, have long turned into a vulgar farce
- said Konashenkov. 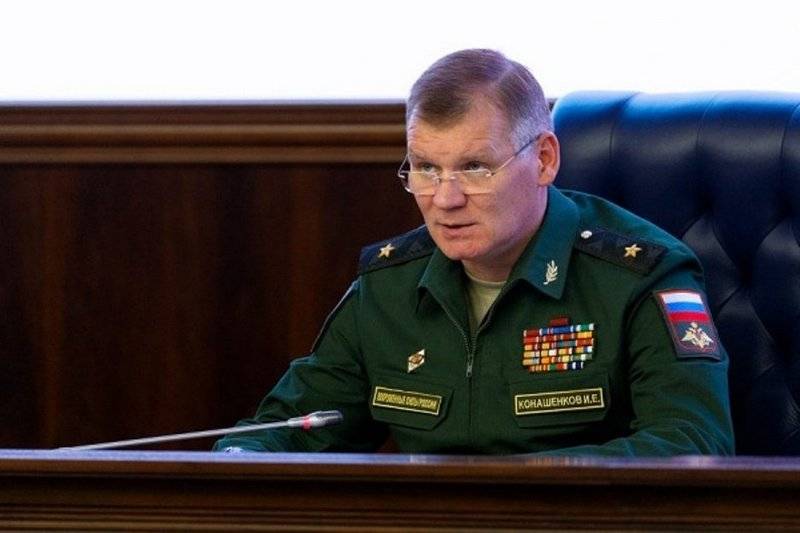 So the representative of the Russian Defense Ministry commented on the statement by British Foreign Minister Boris Johnson on Britain’s readiness to strike at government forces in Syria, if the use of chemical weapons against civilians is proved.

According to him, the charges in the use of chemical weapons at the time was used to start the US-British operation in Iraq

Only then the main evidence was a vial of white powder of the US Department of State Colin Powell and the false report of the British intelligence services, backed by British Prime Minister Tony Blair
- said Konashenkov.

According to the results of the 2003 aggression of the United States and Great Britain in Iraq, no evidence of the presence of chemical weapons was found there. Moreover, as a result of a special investigation by the US Congress and the British Parliament, all then submitted by the American and British intelligence services in reports allegedly "facts" of the presence of chemical weapons in Iraq were officially recognized as false
- The official representative of the Ministry of Defense of the Russian Federation noted.

He noted that as a result of these actions in Iraq appeared a terrorist organization "Islamic state" (IG, banned in Russia).

Johnson said earlier that if the use of chemical weapons against civilians is proved, "his country may begin to strike at government forces in Syria."

As stated by Russian Foreign Minister Sergei Lavrov, the United States has made absurd claims against the Syrian government regarding chemical weapons incidents. According to him, Moscow expects extra stuffing on the alleged use of chemical weapons in Syria to disrupt the armistice agreement, "Interfax"

Ctrl Enter
Noticed oshЫbku Highlight text and press. Ctrl + Enter
We are
Zakharova commented on the reports of the use of Damascus chemical weaponsThe action “Military service under the contract is your choice!” In Rostov-on-Don: future contract servicemen, exhibitions and “Russian Knights”
Military Reviewin Yandex News
Military Reviewin Google News
27 comments
Information
Dear reader, to leave comments on the publication, you must sign in.