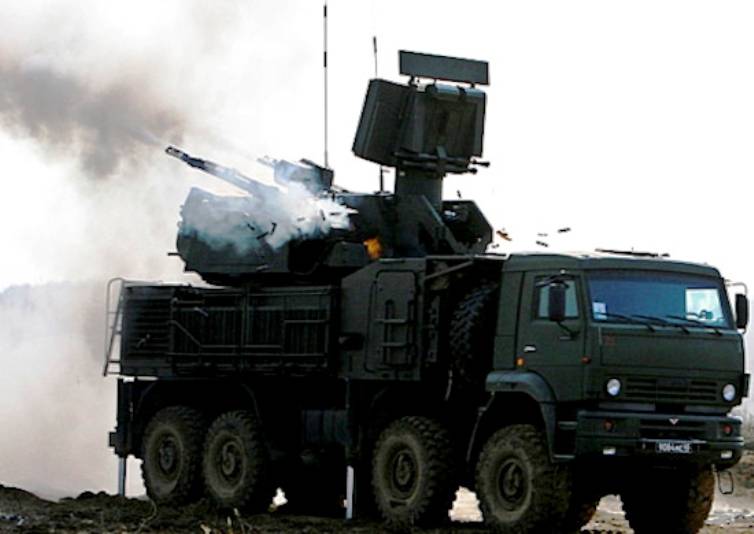 It is reported that earlier these complexes carried out initial combat shooting at the site "Ashuluk" in the Astrakhan region.

Help press service: "ZRPK" Pantsir-S "is an anti-aircraft missile and gun complex of short range, located on the chassis of a truck, trailer or permanently installed. The complex is capable of hitting any targets with a minimum reflective surface from 2-3 cm² and speeds up to 1000 m / s, maximum range 20 kilometers and height to 15 kilometers, including airplanes, helicopters, unmanned aerial vehicles, cruise missiles, guided bombs, high-precision weapon».