Media: Russia and India agreed on frigates of the "admiral" series

February 28 2018
45
Russian frigates of the "Admiral" series will join the Indian fleet. According to the portal janes.com, the military departments of India and Russia agreed on the financial terms of the sale of four frigates. 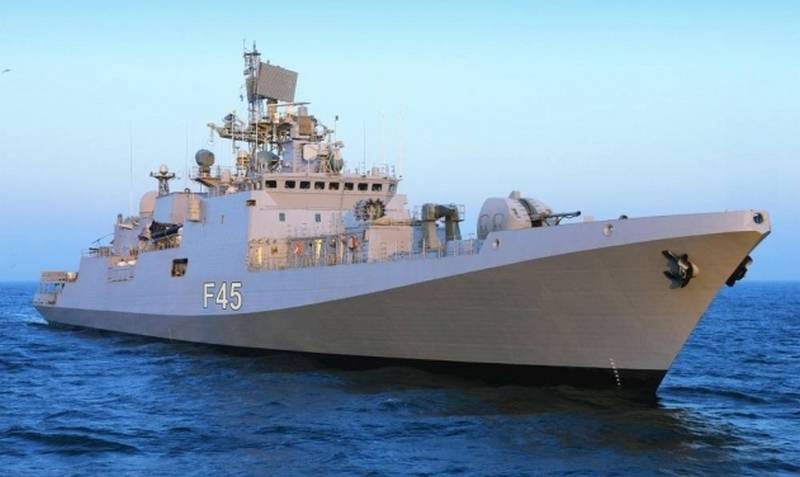 Under the contract, the parties agreed on the conditions for the purchase by India of ships of the Krivak III project (the Russian project 11356). Thus, Russia will sell the frigates “Admiral Istomin” and “Admiral Kornilov” to India, the fate of which has long remained unclear due to the refusal of Ukraine to supply engines for them. Two more frigates will be built at the Indian shipyard Goa Shipyard Ltd (GSL).

The transaction value will be $ 3 billion - at $ 775 million per ship. The transfer of the first frigate to the customer will take place four years after the signing of the contract. Thus, the Indian fleet will receive a total of ten ships of the type Krivak III. At the same time, the Indian government still has to approve the deal.

India is already familiar with the 11356 project ships, since they were developed on the basis of Talwar frigates designed for the Indian Navy. It is known that the Indian military plans to equip new frigates with cruise missiles BrahMos, reports "Warspot".

Ctrl Enter
Noticed oshЫbku Highlight text and press. Ctrl + Enter
We are
Frigates of the 11356 "Petrel" project: three in service and three in questionThe lack of engines and the prospects of military shipbuilding
Military Reviewin Yandex News
Military Reviewin Google News
45 comments
Information
Dear reader, to leave comments on the publication, you must sign in.