Lavrov: There are states that want the failure of the Annan plan. They talked about this before it was made public. 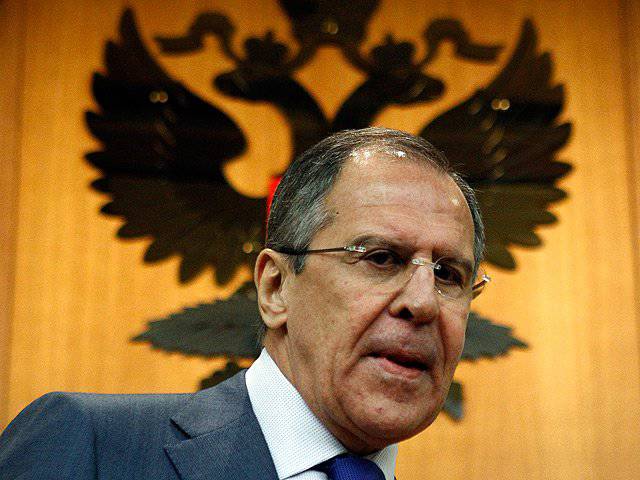 Russia will not allow the "Group of Friends of Syria" to privatize Kofi Annan's plan, decisions and assessments will be given in the UN Security Council, said Russian Foreign Minister Sergei Lavrov after a meeting of the Russia-NATO Council.

In Syria, he said, "there are those who want to destabilize the situation, artificially provoke violence." “We must fight against such provocateurs,” the minister stressed, urging that a full UN mission be sent to Syria as soon as possible.

He noted that in Syria there is a very unstable situation and there are those who want to "destabilize even more." “These provocateurs must be fought,” the minister said, recognizing that the armed groups in Syria are trying to organize provocations in order to fail the cease-fire agreement. He said that support by some Arab and Western countries for militants undermines efforts to resolve the crisis in the SAR.

Attention is now drawn to the mission of international observers in Syria, and the states of the region are seeking to question the efforts of UN envoy Kofi Annan.

The Russian foreign minister rated the ceasefire as “fragile.” He filed accusations against states and leaders of countries in the region that are seeking to undermine the mission of Annan and underestimate his efforts to find a successful way out of the Syrian crisis.

Lavrov has previously confirmed that regional and western states that seek to supply the opposition weapon and provide her political support, should refrain from this.

He urged them to put pressure on the opposition so that it sat at the negotiating table with representatives of the regime. It was quite obvious that Moscow would not allow the conference of the "Friends of Syria" to become an alternative to the Security Council. According to experts, in this way these parties are trying to circumvent the efforts of the international community aimed at a peaceful settlement.

After the meeting with his colleagues from NATO, Sergey Lavrov made a statement that the last peace plan will be successful only if all the world powers capable of influencing this or that side of the conflict in Syria want it to be successful.

In addition to meeting with colleagues from NATO, he met with US Secretary of State Hillary Clinton. The main topic of discussion was Syria.

Sergei Lavrov reiterated that, in fact, everyone should support Kofi Annan’s peace plan and stick to it. He also urged those who already call the plan a failure to refrain from such comments, noting that there are people who are so passionate about the idea of ​​international intervention and the creation of humanitarian corridors that they simply do not accept this plan.

Sergei Lavrov reiterated that the Russian side may not have enough influence on the opposition groups, however, it intends to meet with their representatives. He called on other members of the UN Security Council to again support Kofi Annan’s plan and called the withdrawal of the Arab League observers from Syria a mistake.

Russian political scientist, member of the Public Chamber of the Russian Federation Maxim Shevchenko said that, according to Moscow, intervention in the Syrian issue would lead to disaster, as happened in Libya. In particular, because Syria is a multi-ethnic and multi-religious state, this will lead to civil war.

In his opinion, the Syrian problem will adversely affect the situation in Lebanon, Palestine, Iraq and other countries. Therefore, Moscow continues to insist on a peaceful resolution of the Syrian crisis, considering that this is the only guarantor of preventing the outbreak of civil war, which will adversely affect regional and international security.

Russian news sources reported that after the entry of 12 in April, the ceasefire agreement envisaged by UN special envoy to Syria Kofi Annan came into force, especially after the adoption of UN Security Council resolution 2042 on sending an advance group of observers to CAP, their activities sharply intensified.

So, according to their information, only from 12 to 14 of April more than 80 cases of ceasefire violations were recorded precisely by the opposition. In particular, attacks on roadblocks and patrols of government troops, explosions of military and civilian vehicles, and the killing and abduction of military personnel and civilians occur daily.

“Such facts have recently taken place in Idlib, Homs and Hama. As a result, ten security officials in Homs, Aleppo, Daraa and Damascus died at the hands of armed elements during the aforementioned period,” sources said.

At the same time, it is reported that opposition armed groups execute captured Syrian soldiers. There are attempts to penetrate bandit groups into Syria from the territory of Turkey, Lebanon, Iraq and Jordan.

In addition, "provocations continue under the guise of peaceful demonstrations," also "during the period mentioned, the propaganda campaign fueled by the opposition in the media".