Why did Americans lose the "peace", or Why did the United States need a slate revolution? 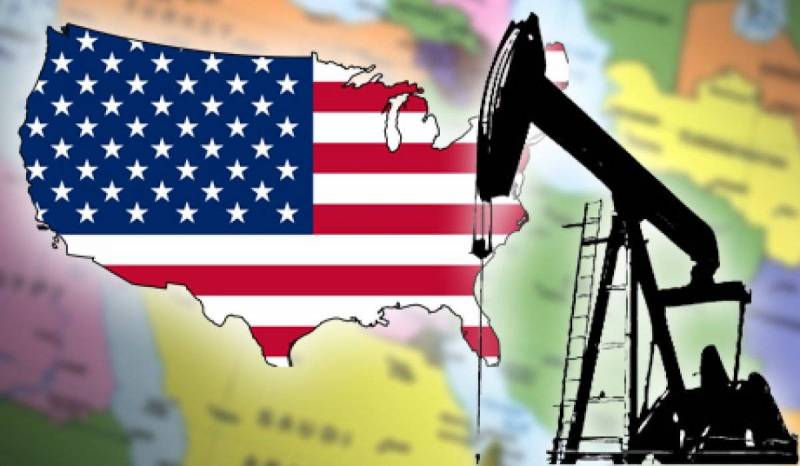 The head of the International Energy Agency (IEA), Fatih Birol, in an interview with Reuters, said that, according to his estimates, the US will overtake Russia maximum in 2019 and become the world leader in oil production. On the one hand, you can be happy for our American "partners", but on the other - you can sympathize with them. After all, in fact, it is their defeat. And full and unconditional.

The fact is that the slate revolution in the United States happened by no means accidental and it was timed to a certain event, which did not happen (at least in any case).

The mechanism was launched about 20 years ago. Just at that time (as we found out last time) when the American elites, in order to try to maintain their dominant position, decided to set fire to Eurasia. Yes, these two events are very closely related, and this is why ...

So, Washington decided to pour blood on Eurasia, so that no one else in the foreseeable future could challenge its world domination. At the same time, the implementation of this plan concealed a number of problems for the American economy, the most important of which was the supply of the country with hydrocarbons. 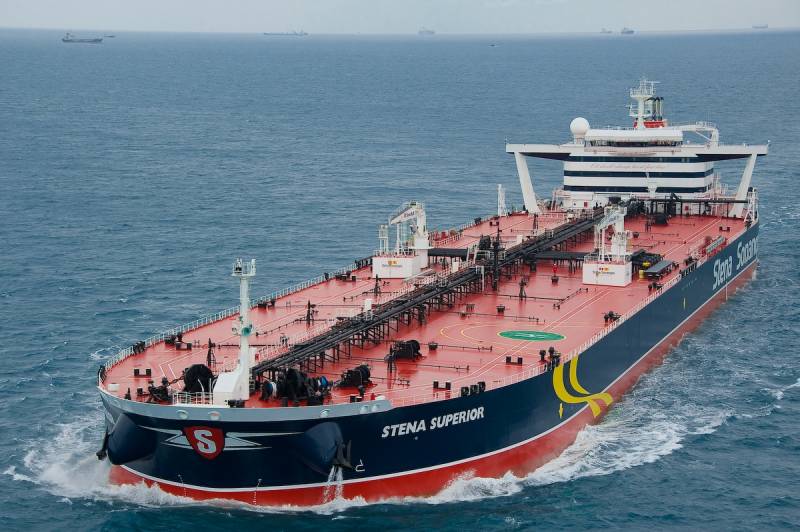 It's been a while ago when the USA was the leader in oil production. At the turn of the millennium, it was they who became its biggest importers, which means that any crisis in the Persian Gulf region, which also affected Russia, could have catastrophic consequences for them. To avoid this, it was necessary to find urgently the sources of oil, and it was in the western hemisphere.

And he was found, and three at once.

None of you paid attention that all the "successful" shale projects, as well as the extraction of various "heavy" oil is concentrated exclusively in America? These are not only the US oil and gas shale fields, but also the colossal deposits of heavy oil from Venezuela, as well as the oil sands of Canada. Nowhere else in the world does anyone of such resources extract and gather. And not because they do not exist, but because, by and large, it does not make much sense. And before 2000-x was very unprofitable.

The rise in oil prices, and consequently of natural gas, since the very beginning of the 2000, still hits stock analysts. Everybody recognizes that the hydrocarbon market was artificially overheated, but few people are trying to understand the root causes of what happened. 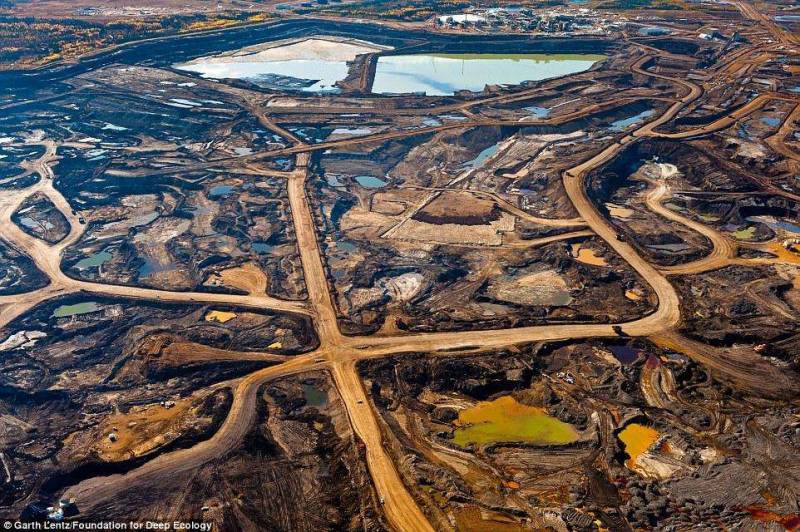 And we will look at the consequences. It is blowing the bubble in the oil market that has made it possible to develop alternative projects for the production of hydrocarbons in the western hemisphere. And for today, taking into account the resources of Canada and Venezuela, the Americans have already achieved oil and gas independence from Eurasia, and this in itself is a very important moment.

Why is it important? Because, at the same time, the Americans had to achieve another important result of their diplomatic efforts. According to their plans, by now Eurasia would have to plunge into chaos. And she would have plunged into it, had it not been for Russia and its partners, who destroyed the American Middle Eastern plans.

What was this supposed to give Washington? But what ...

In fact, the Americans have never planned to economically squeeze their oil shale in other countries. As already seen from the decline in the production of shale hydrocarbons 2015-16, this task is economically meaningless and it is even utopian in peacetime. But in the military, when the value of the resource and money is changing, it is the US shale, Canada's oil sands and Venezuela's heavy oil that were supposed to be the reservoirs that would allow the US to survive the difficult years painlessly. Those same ones, when they will create new orders in the world. 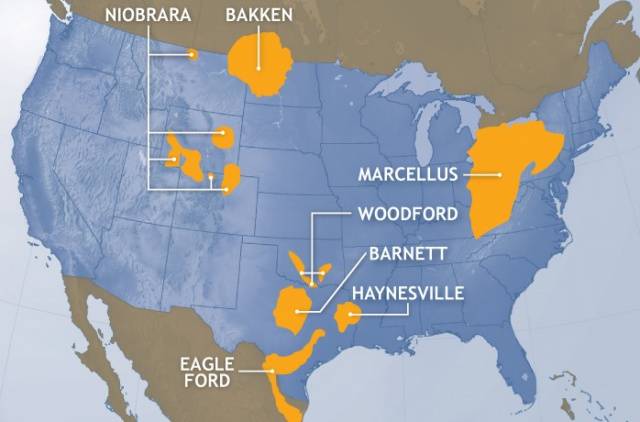 The shale resources of the United States, which is today the main hope of Americans for oil independence, are not so great. For a couple of decades they will be enough, and then - everything. Either oil must be abandoned, or control over other sources of oil production must be returned. That is, we see that the slate cushion can work very long. In addition, the extraction of this resource can not be organized at the click of a finger. It requires a buildup (approximately 20 years), and therefore the calculation of the time when Americans have the opportunity to painlessly redraw the world for themselves, should have been very accurate.

A maximum of ten years after the American continent's exit into self-sufficiency.

And these ten years have already gone out. And we can see how clearly Washington brought out the Middle East crisis for this date. Does anyone else doubt that this was all a coincidence? Now you understand why Americans are so annoyed today. In fact, they did not break Syria, or even the Middle East. If the United States in the very near future does not come up with a fallback, then within ten years they will be guaranteed to lose the battle for peace. And this, as we see following the example of the Middle East, is a very difficult task. They “cooked” him for about 15 years. 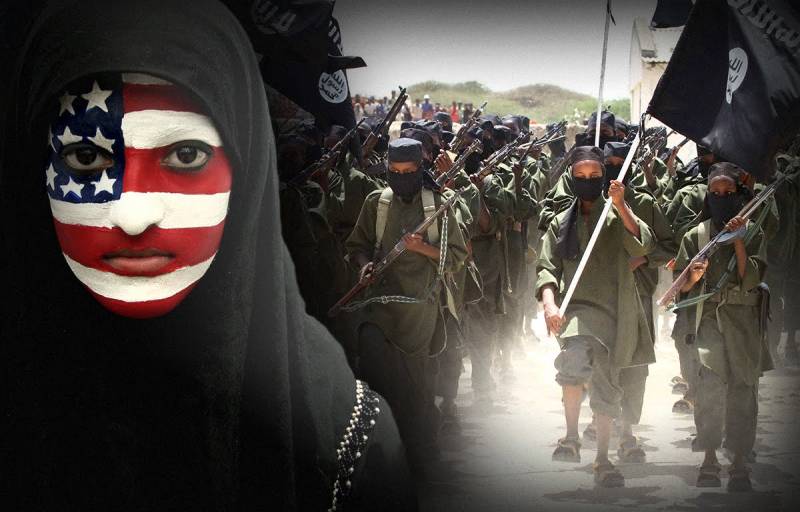 In fact, Washington is already playing in time trouble. 10 years for the implementation of the new plan - it is very little. Moreover, all the players perfectly understand the situation in which the Americans found themselves and began to drift towards the new potential world leaders, which only aggravates the American difficulties.

We can say that the Americans have almost lost the game. Their oil and gas cushion will soon start to be blown away, the Eurasian fire by the efforts of Russia and China (and other countries of the region) has started to go out slowly even, but to go out. Other ideas are not yet visible, just as there is no other solution on the horizon (other than fossil fuels) to meet ever-increasing energy needs.

So, with the help of oil shale and heavy oil, the Americans built a closed system of supplying themselves with hydrocarbons, which was never used for its intended purpose. Today they are trying to restructure all this under the task of squeezing Russia out of the world oil and gas markets of the world, but, as we can see, this is very bad for the Americans. And in another way and could not be. Direct economic competition of conventional oil, they lose by the laws of the economy, and they were not able to isolate Russia politically.

On the contrary, the United States themselves in many ways became a threat to their former allies, the Saudis, which forced the latter to take an unprecedented step at the end of 2016, the oil agreement with Moscow, which recognized the new oil world order, where Russia would play the main violin.

In general, the world leadership in oil production is, of course, pleasant, but in this form it is just as useless for Americans as launching Ilona Mask into space.

Ctrl Enter
Noticed oshЫbku Highlight text and press. Ctrl + Enter
We are
Results of the week. "Well, do not change me because of every idiot!"Yuri Drozdov: Russia prepared the role of the sacrificial calf
Military Reviewin Yandex News
Military Reviewin Google News
59 comments
Information
Dear reader, to leave comments on the publication, you must sign in.