The global war for the gas station. Russia prepared the fate of Libya

March 1 2018
23
Oil is one of the most important wealth of the world. The rivalry for control over oil has repeatedly turned into bloody wars, and even now the blazing Middle East is a graphic confirmation of this. It would seem that the possession of oil in itself gives in the modern world quite good chances for economic prosperity, and possibly also for political influence. But it is not so. 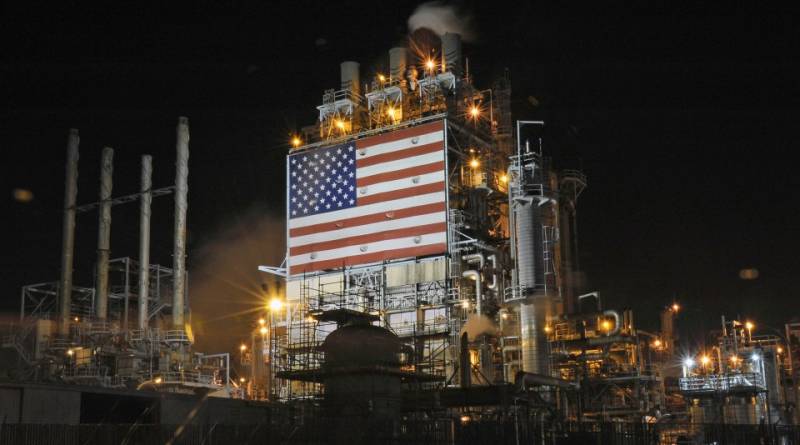 If we pay attention to the list of countries that are world leaders in oil production, and compare it with the list of countries that process oil, with rare exceptions this list will not be the same. It is not enough to extract oil, it needs to be processed and sold. Why are oil-producing countries not investing in the construction of oil refineries, not being puzzled by the rich possibilities that nature itself seemed to open up to them? Puzzled, and very much, but история testifies that very often attempts to create their own highly developed oil refining complex end very badly.

Relations between the two neighboring countries, Iran and Iraq, were very difficult in the second half of the twentieth century. They deteriorated especially after the Islamic revolution took place in Iran in 1979. The religious fundamentalist circles of Iranian Shiites who committed it sought to export their ideas to other Muslim countries, primarily to neighboring Iraq, where Shiites constitute more than half of the country's population. The Iraqi President Saddam Hussein did not like this very much; he was trying to turn Iraq into the most centralized and politically united state.

In 1980, a bloody war broke out between Iran and Iraq, costing both states hundreds of thousands of lives. The war lasted eight years. During this time, Iraq managed to get into serious debts, borrowing money from neighboring rich Arab states, including Kuwait. 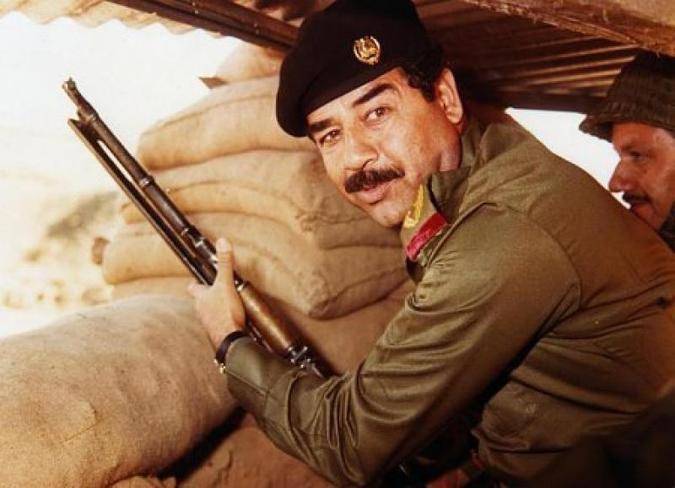 After the end of the war, Saddam Hussein was in no hurry to repay the national debt, and Kuwait, in turn, did everything possible to lower the prices of Iraqi oil, since he was an oil-producing state. These circumstances led to the invasion of the Iraqi army in Kuwait and the famous American military intervention in this conflict. The aggression against Kuwait became a serious miscalculation of Saddam, but such a demarche the West forgave him, although after the war with Kuwait, Iraq turned into an outcast of world politics. In fact, neither the invasion of Kuwait, nor the oppression of Kurds and Shiites, nor the anti-Israeli and anti-American demagogy of Saddam Hussein were among the primary reasons for his overthrow. The United States was very concerned that Iraq began to create its own oil refining industry.

If before Baghdad was forced to drive oil to other countries at reduced prices, the creation of its own oil refining complex opened up huge economic prospects for Iraq. In Washington and London, this idea of ​​Saddam was not appreciated. The all-powerful Iraqi dictator, who for decades had kept the country in a bridle, survived many assassinations, emerged "dry from the water" during the war with Iran and even attacks on Kuwait, was overthrown and executed, and Iraq virtually ceased to exist as previously, as a single and centralized state. Thus, it was precisely oil, or rather its refining, that became the main reason for the overthrow of the regime of Saddam Hussein in Iraq.

This is not the only example of how major oil refiners such as the United States defend their economic interests, not disdaining, if necessary, the use of armed forces and information wars against competitors. For nearly forty years, the United States and the Western world are in very bad relations with Iran and pretend that the reason for this lies exclusively in the ideological plane - an authoritarian religious regime, violations of human rights, and discrimination against national and religious minorities. In fact, the Washington ideology was always interested in the least degree. Is Saudi Arabia more liberal or milder than Iran? But Saudi Arabia is a respected partner of the United States, and Iran is a “pariah country”, one of the embodiments of “world evil” in the American interpretation. What is the reason? Of course, in the economy.

Iran is one of the largest oil producing states of the world and the Middle East. The well-being of the Iranian state is based on the production and export of oil. Of course, the Islamic Republic is not the UAE or Qatar, where the indigenous population is favored by all sorts of benefits, benefits and preferences, and crazy petrodollars are invested in the construction of "cities of the future" and go for the luxury and excesses of the Arab sheiks. Iran has a very large population, many internal, including economic, problems, and most importantly, Washington is hostile to it, which forces Tehran to spend huge amounts of money on defense and military industry.

What is Iran’s problem is oil refining. Oil is produced in Iran a lot, but there are not enough factories for its processing. But after all, having its own rich fields, Iran, build a normal number of plants, could turn into one of the largest exporters of petroleum products. Could. But it is hampered by the United States, completely disinterested in the emergence of another country capable of independently playing on the world market for petroleum products.

In order to economically crush Iran, the United States and allied states staged an unprecedented campaign to harass this country at the transnational level. Economic and political sanctions, information war, support for any anti-government forces — from secular Kurdish nationalists to religious extremists in Balochistan — all serve as a tool to counter Iran’s plans to develop its own oil refining industry.

At one time, the construction of oil refineries began Shah Reza Pahlavi. But he didn’t succeed in finishing the job he started - in 1979, the Islamic Revolution broke out. As in Russia 1917 of the year, in Iran, the West counted on a long destabilization and weakening of the country. But that did not happen. The ayatollahs managed to stabilize and modernize this complex state, if not without problems and obstacles.

Soon, the Islamic regime returned to the old idea of ​​creating its own oil refining system. Naturally, the United States responded instantly - Iran has become the "worst enemy of world democracy." Of course, Washington is not yet resolving an open war against Iran, but it builds a wide variety of intrigues against the Iranian state, trying to "demolish" the existing political regime. The recent "student unrest" in Tehran is a typical example of such an impact, which consists in supporting opposition groups and movements and fomenting anti-government sentiments in the country.

Iran is compelled to defend itself, to spend huge money on armaments, training the army, the activities of special services, financing its agents of influence in the countries of the Middle East. Meanwhile, these funds could go to the needs of the Iranian economy, namely, the construction of oil refineries, the improvement of oil refining technologies. The shortage of oil refineries is a very serious problem for such a populous and large country like Iran. Since rail transport is poorly developed in Iran, for many provinces of the country, road transport remains the only one. But gasoline is a shortage, it has to be imported. A paradoxical situation has arisen when in an oil-producing country, which occupies the top places in the list of countries in terms of “black gold” production, gasoline is very expensive. 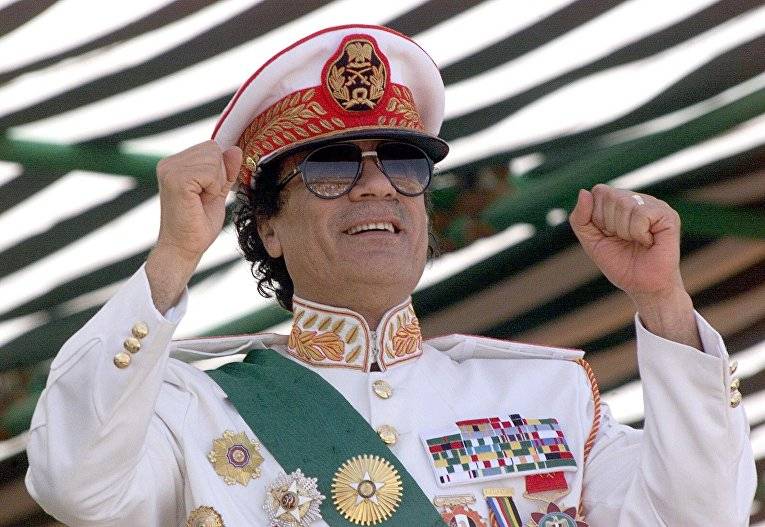 One of the most tragic examples is Libya. More recently, this country was the "pearl" of North Africa, what can we say about the tropical part of the continent. The extravagant Colonel Muammar Gaddafi, who, of course, did not forget about himself and his family, nevertheless managed to build a real welfare state in Libya, which he, by the way, called Jamahiriya, that is, “democracy of the people”. Gaddafi received financial resources from oil exports, and with this money he rapidly developed his country - schools, hospitals, enterprises were built, benefits were paid to young families, new residential complexes were built. The once poor country of the Bedouins, which the Ottoman Empire and Italy could not control under the rule of Gadhafi, turned into an independent player, if not world, then African and Middle Eastern politics for sure.

Now there is nothing of this. No, and Libya as a single state. The colonel was brutally murdered, many of his family members and his closest associates died during the war. West tolerated the Libyan Jamahiriya for more than 40 years. In 1991, the USSR collapsed, which was somehow suspected of being patronized by the "colonel of the desert". But Libya continued to exist. Only in the 2011 year did the end of the power of Colonel Gaddafi and the Saharan miracle itself come to an end. The fact is that the colonel sought to create his own oil refining infrastructure, and this is so frightening both the American and European oil refining businesses. In addition, to develop oil refining in Libya, China sought - a country devoid of its own oil reserves and forced to buy oil and oil products. If China had built its own oil refineries in Libya, it would have dramatically reduced the import of foreign oil products, which would have affected the economic power of the United States. 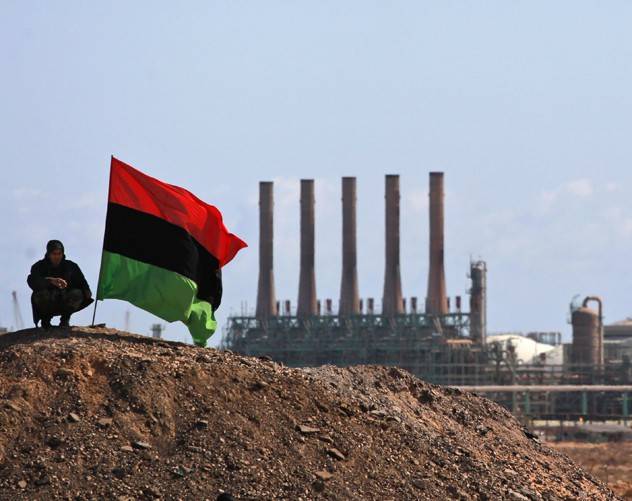 Iraq, Iran, Libya - the countries of the East and the South, which have never been serious opponents of the West. Their attempts to create their own refineries faced a quick and unequivocal response — to nip in the bud, if not, to create conditions for the country so that the construction of oil refineries would be the last thing she could think about. In fact, in the field of oil refining, colonialism retains, in the language of Soviet posters, its brutal grin. And indeed it is. The West by no means wants to lose one of the most important and profitable monopolies, allowing “to pull the strings” in world politics.

Many Russian refineries were built in the 1950-1980-ies, i.e. equipped with outdated equipment, which has practically served its time. New equipment is practically not purchased, which makes it possible to predict a further deterioration of the situation in the country's oil refining industry - to the joy of American and European companies engaged in the processing of “black gold”. In the post-Soviet decades, the oil refining industry has fallen into decay, aided by the paradoxical inattention of the state. Although, if you think about the fact that in the 1990-s, the country actually carried out "external control", there is nothing surprising in this - Washington, London, Brussels need Russia as a supplier of raw materials, and not as a competitor capable of breaking the age-old monopoly on oil refining.

Numerous technical problems hinder the improvement of oil refining, which makes Russian products less competitive in comparison with European or American ones. But, receiving huge profits from oil exports, the country invests little in the oil refining complex. Oil companies prefer to simply pump crude oil and transport it to other countries, where it is processed into expensive petroleum products. In fact, this is a model of a colonial country trading in its own natural resources, but with little concern for the development of the processing industry. The results of this policy are “cleared up” by ordinary Russians - residents of an oil-producing state, who buy gasoline so expensively.

Ctrl Enter
Noticed oshЫbku Highlight text and press. Ctrl + Enter
We are
Results of the week. "Well, do not change me because of every idiot!"Yuri Drozdov: Russia prepared the role of the sacrificial calf
Military Reviewin Yandex News
Military Reviewin Google News
23 comments
Information
Dear reader, to leave comments on the publication, you must sign in.