Kiev: The impulse of the Ukrainian energy sector will give the Chernobyl exclusion zone

February 28 2018
11
In March, the State Property Fund of Ukraine (SPFU), announcing a program to fulfill the requirements of the International Monetary Fund and the European Commission for the privatization of state assets, will continue to hold auctions to sell off the country's energy facilities and infrastructure. In particular, during the week on our website there was information about the readiness of the State Property Fund to sell one of the important regional energy suppliers (Sumyoblenergo) at a price that is more than three times lower than the initial price of the auction lot. We are talking about the implementation of 25% shareholding of the company (about 106 million USD). Moreover, 10% of the energy supplier, which has an access to the Russian electricity supply system, is already de jure in private hands. And these hands themselves grow from Cyprus offshore companies, but, judging by the "fingerprints", belong to the Ukrainian oligarchy, who reached the supreme power on the Maidan wave.


In such a situation, with a readiness to sell off the most important assets for a pittance, the statement of the Chairman of the Verkhovna Rada of Ukraine (former “commandant” of the Maidan) Andriy Parubiy draws attention to himself. According to Parubiy, the current situation with the generation and transportation of electricity, including the situation with power companies, “may lead to the fact that new prices are shocking consumers.”

Paruby:
Prices that are currently set, inflated and unfair.

And in order to make the prices “social”, the same Verkhovna Rada is actually voting for the sale of power generating facilities and Ukraine’s supplier companies to offshore zones ...

The main slogan: it is necessary to fulfill the requirements of Europeans and the IMF at any cost in order to receive new credit tranches. At the same time, the terms of such receipt are constantly shifting, and now statements from the supreme authorities of Ukraine are heard that “it would be good to get a loan from Europe before the summer”. In late December, it was about getting “until the end of winter”.

Against this background, there is another signal about the “emergency energy peremog”. We are talking about the plans of the Ukrainian authorities to "a powerful spurt of alternative energy." The Ministry of Ecology and Natural Resources of Ukraine makes it clear that "the Ukrainian energy sector will develop Chernobyl." It would seem that this is something from the category of the theater of the absurd, but the Ukrainian authorities seriously say that foreign investors are literally about to invest their billions in investments in the Chernobyl exclusion zone - to create an “alternative energy cluster” there.

The Ukrainian Ministry of Environment notes that the French company Engie in January carried out work on the technical and economic feasibility of a project to locate solar energy facilities in the Chernobyl exclusion zone. In particular, French experts have been studying the level of cesium-137 isotope for about a month.

In the accident at the Chernobyl nuclear power plant in 1986, the release of this substance amounted to about 15% of the volume of all radioactive isotopes trapped outside the reactor. About 60% cesium-137 remains in the Chernobyl exclusion zone.

The results of the study by the French specialists of the Chernobyl zone have not yet been officially published, but it is known that in the 2016 year the 30-km zone remained “red” - as a territory, the pollution level control of which should be constant. The reference to the 2016 year is due to the fact that exactly 30 years have passed since the accident at the Chernobyl nuclear power plant, and the period of cesium-137 half-life is exactly 30 years.

The fact that French specialists worked in the Chernobyl NPP area either says that ENGIE does not trust the Ukrainian calculations on cesium-137 content, or that systematic measurements by Ukrainian experts are no longer made.

So what is going to "run" Kiev in the exclusion zone? We are talking about the so-called "European hub of alternative energy generation." Here, in the plans, should deliver thousands of square meters of solar cells to turn Ukraine into a "European leader in solar energy." 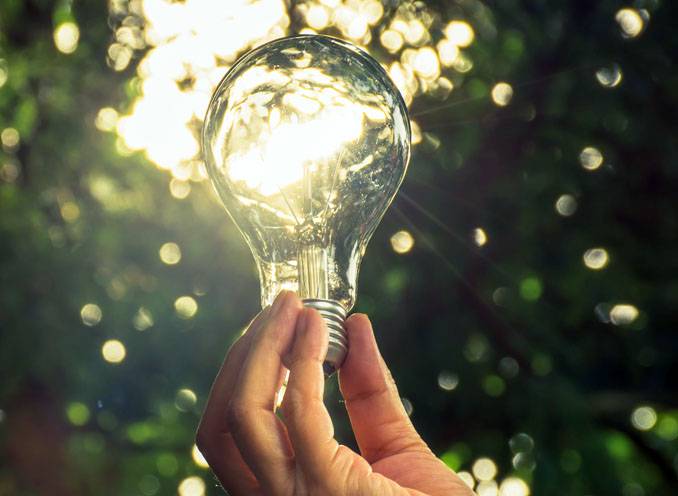 Here it is necessary to emphasize an important detail: the acceptance of applications for the construction of a solar power station in the Pripyat region was completed in March of the 2017 year. Then, in Kiev, they were already announcing a “peremog” in the field of alternative energy, since companies “were going to file” applications from Denmark, the USA and other countries. It was also announced that a solar power plant with a capacity up to 1 GW will appear in the Chernobyl NPP area. Impressively ... For comparison: the power of all reactors of the Zaporizhzhya NPP (the largest NPP in Europe) is 6 GW.

However, the situation has not yet stepped beyond the “feasibility study process”. It is noteworthy that, before the French, the Chinese partners of Ukraine were engaged in the same “process of substantiation”. We are talking about companies such as GCL System Integration Technology and CNCE (China National Complete Engineering). We were engaged a year ago, but there is still no news about what conclusion we reached.

American companies did not even appear for a feasibility study. Apparently, top managers decided to save money and simply looked into the climate directory of Ukraine (and even in Wikipedia). And there, in black and white, about the number of sunny days in the Pripyat region: about 130 on average throughout the year. We decided that 130 will have few sunny days a year to implement the “super-project of a solar power station” and quietly merged ...

But the Europeans did not merge. About the reasons.

Earlier, statements were published that the land plots near Chernobyl had actually passed into the private hands of “European investors” operating through Ukrainian affiliated companies. Will they build even rows of solar panels? Of course, this may be so, but the Europeans are of primary interest in the alienation zone due to the fact that they can be used as repositories for spent nuclear fuel from their own power plants. It is noteworthy that the French “Engie” in its subsidiaries actually consists of GDF Suez, associated with Gerhard Schröder’s Nord Stream AG, the same company that is responsible for the technical performance of the Nord Stream gas pipeline.

This is what turns out ... Kiev is delighted with the fact that the company associated with the structure that lobbies for the sale of gas to Europe bypassing Ukraine is now probing this very Ukraine for expanding the area of ​​nuclear waste dumps? In general, from peremoga to zrady one step ...

And the Ukrainian real energy sector, of course, must be sold cheaper to private (certainly offshore) hands - so the tariffs for the population and business will definitely decrease ... We, Russians, know perfectly well ... Anatoly Chubais himself told ...