February 27 2018
29
The first strategic missile carrier Tu-95MS this year after repair and modernization was handed over to the Russian Defense Ministry in February, reports
Press Service TANTK them. Beriev

The Tu-95MS aircraft, which underwent repair and modernization at the Taganrog Aviation Scientific and Technical Complex (TANTK) named after Berieva (part of the KLA), in February transferred to the far aviation VKS of the Russian Federation and successfully made a flight to the place of its basing
- said in a statement. This is a Tu-95MS aircraft with a tail number “25”. 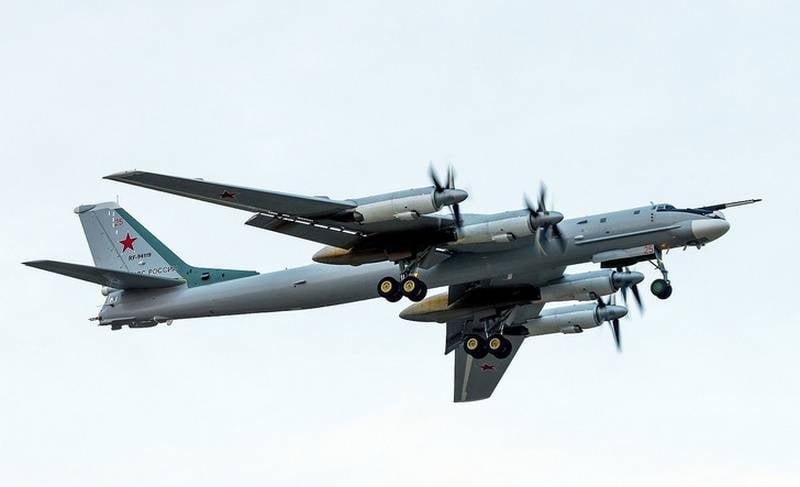 Earlier, Russian Defense Minister Sergei Shoigu said that in the 2018 year, six strategic rocket-carrying aircraft would be included in the Russian HSC after modernization. In 2017, the aviation strategic nuclear forces were replenished with three modernized aircraft; in 2016, the Aerospace Forces received two Tu-160 and two Tu-95MS, which were renovated with modernization.

As reported, the modernization of strategic missile carriers Tu-160 and Tu-95MS is being carried out on a planned basis. The chief of the General Staff of the Armed Forces of the Russian Federation, Valery Gerasimov, earlier stated that “they install more powerful engines, the onboard radio-electronic equipment is transferred to the domestic element base, the range of means of destruction used is expanding.”

The Strategists Tu-95MS and Tu-160 are the air component of the nuclear triad. Tu-95MS is designed to solve percussion tasks in defeating the most important targets in remote areas and in the deep rear of continental theaters of operations.

Ctrl Enter
Noticed oshЫbku Highlight text and press. Ctrl + Enter
We are
Modernization of the "old" strategic bombersBe-200 №301 made a flight from Irkutsk to Taganrog
Military Reviewin Yandex News
Military Reviewin Google News
29 comments
Information
Dear reader, to leave comments on the publication, you must sign in.