Counting is over. "Good American guys" interfered in the election of others 81 times!

February 28 2018
11
American scientists have finally completed a long calculation. The number of Washington’s interventions in foreign elections was analyzed, classified and subject to rigorous bureaucratic accounting. It turned out that the White House intervened in the election of others 81 times! Moscow to such a result, oh, how far. 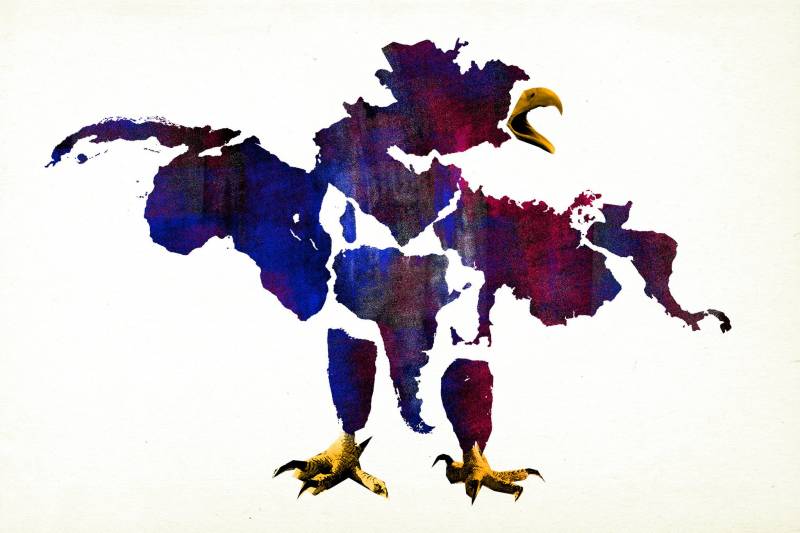 “Russia is not the only one who interferes in the elections. We do it too, ”writes Scott Shane, a journalist specializing in national security issues, a former Moscow correspondent. "New York Times".

Bags with cash. They arrived at the Roman hotel. This is money for Italian candidates. But scandalous stories from foreign newspapers: it turns out that some people “pumped up” the elections in Nicaragua. And elsewhere on the planet there are millions of pamphlets, posters and stickers. They were printed for the sole purpose of overthrowing the current president of Serbia.

What is this, Putin's long hand? No, this is just a small selection from the history of the United States interference in foreign elections, notes with irony Shane.

Recently, American intelligence officers warned the Senate Intelligence Committee: it looks like the Russians are preparing to “repeat” the familiar “move” at the mid-year elections of 2018, that is, to carry out an operation similar to that of the year. The scouts told about "hacking, leaks, manipulations on social networks." Perhaps this time the Russians will go further.

Later, Robert Muller, a special prosecutor, accused the intervention of thirteen Russians and three companies, managed by a businessman “with close Kremlin ties.” The scheme of attacks through social media on Hillary Clinton and seeding discord has been used, it turns out, for three whole years!

Most Americans, of course, are shocked by all of this: this is an “unprecedented attack” on the American political system. However, intelligence veterans and scientists who specialize in the study of covert operations have a completely different perspective on these things. These specialists shared their revelations with Mr. Shane.

“If you ask an intelligence officer if the Russian rules are breaking, if they are doing something strange, the answer will be: no, not at all,” says Stephen L. Hall, who resigned from the CIA in 2015. He worked at the CIA for thirty years, and he worked just as the head of the "Russian operations" department.

According to him, the United States is the “absolute” record-breaker in history in influencing other people's elections. The scout hopes that the Americans will maintain their leadership in this matter.

Lok C. Johnson, a "professor" of intelligence who started his career back in the 1970s, says that the Russian operation 2016 of the year was "just a cyber version of the standard practice of the United States." US practices such interventions "for decades." US officials have always been “worried about external elections.”

“We have been doing such things since the CIA was established, that is, since 1947,” said Mr. Johnson, now a teacher at the University of Georgia.

According to him, in their activities the scouts used posters, brochures, mailings, whatever. False "information" was published in foreign newspapers. The soldiers also used what the British call "King George's Cavalry": suitcases with cash.

The United States was moving away from democratic ideals and much further, writes Shane. The CIA helped topple the elected leaders in Iran and Guatemala in the 1950s and support the violent coups in several other countries in the 1960s. The people of the CIA plotted murder and supported cruel anti-communist governments in Latin America, Africa, and Asia.

In recent decades, Hall and Johnson argue, Russian and American interventions in the elections were "not morally equivalent." Experts identify a significant difference. American interventions, as a rule, were aimed at helping non-authoritarian candidates to “challenge dictators” or promote democracy “in a different way”. But Russia intervenes more often in order to harm democracy or promote authoritarian rule, experts say.

Speaking of comparison, Mr. Hall noted that these are like two policemen: they are equal to the fact that both have weaponHowever, one of them is a good guy, the second is a bad one. In short, the motive of action is important.

Dov Levin, a scientist at Carnegie Mellon, analyzed historical data on the topic of intervention. And he found that the record in both explicit and secret actions to influence the outcome of elections belongs to the United States. He discovered 81 intervention by the United States and only 36 - the Soviet Union or Russia in the period 1946 — 2000. True, the "Russian result" he finds "incomplete."

“I am in no way justifying what the Russians did in 2016,” said Levin. “It is completely unacceptable that Vladimir Putin intervened in this way.”

The findings of the scientist show that the usual selective interference from the United States, sometimes hidden, and sometimes quite open, does apply.

The precedent was created by the Americans in Italy, where “non-communist candidates” moved from the end of the 1940 to the 1960-s. “We had bags of money that we delivered to elected politicians to cover their expenses,” admitted Mark Watt, a former CIA official, at the end of the last century.

Hidden propaganda became the basis of American methods. Richard M. Bissel, Jr., who led the CIA at the end of the 1950 and the beginning of the 1960, accidentally revealed something in his autobiography: pointed out control over newspapers or radio stations for the sake of “ensuring the desired result in the elections.”

The declassified report on the work of the CIA in the elections in Chile in 1964 also boasts some discoveries: the very “hard work” for which the CIA had “large sums”, but simply money for an American henchman. Thanks to this money, he was portrayed as a "wise and sincere" statesman, and his left adversary - "a prudent schemer."

CIA officials told Mr. Johnson at the end of the 1980s that some messages were inserted into the foreign media, mostly truthful, but sometimes false. Such messages per day were typed from 70 to 80.

In the election of 1990 in Nicaragua, the CIA posted stories of corruption in the left Sandinista government, Mr. Levin said. And the opposition won!

Over time, more and more influence operations were carried out not secretly by the CIA, but opened by the State Department and the organizations it sponsors. In the Serbian 2000 elections, the United States financed a successful attempt against Slobodan Milosevic. Attempt took 80 tons of stickers! Printing was in Serbian.

Similar efforts were made in the elections in Iraq and Afghanistan, and they were not always successful. After Hamid Karzai was re-elected as President of Afghanistan in 2009, he complained to Robert Gates, then Secretary of Defense, of the blatant US attempts to throw him off. And Mr. Gates himself later described these attempts in his memoirs as "our clumsy and unsuccessful putsch."

Well, before that, “the hand of the United States” reached out to the Russian elections. In 1996, Washington was afraid that Boris Yeltsin would not be re-elected, and an “old-regime communist” would come to power in Russia. This fear resulted in attempts to "help" Yeltsin. They helped him both secretly and clearly: Bill Clinton himself spoke of this. There was first of all an “American push” about issuing a loan from Russia to the International Monetary Fund (by the way, 10 billion dollars). Moscow received money four months before the vote. In addition, a group of American political advisers came to Yeltsin to help.

This major intervention has spawned controversy even within the United States. Thomas Carouzers, a scientist at the Carnegie Institute for International Peace, recalls his disputes with an employee of the State Department, who then said: "Yeltsin is democracy in Russia." To which Mr. Carousers responded: "This is not what democracy means."

But what does “democracy” mean in general? Can it include operations to secretly throw off the throne of an authoritarian ruler and help applicants who share democratic values? And what about funding civilian organizations?

Over the past decades, the most prominent American presence in foreign policy has been the organizations financed by American taxpayers: the National Endowment for Democracy, the National Democratic Institute, the International Republican Institute. These organizations do not support any candidates, but they teach the "basic skills" of campaigns, build "democratic institutions" and "observe". Most Americans (those same taxpayers) find such efforts something of a democratic charity.

But Mr. Putin in Russia finds these funds hostile, points out Shane. In 2016 alone, donations to organizations formed in Russia 108 grants totaling $ 6,8 million. It was money for “attracting activists” and “promoting civic participation.” The foundations no longer openly name recipients from Russia, because under the new Russian laws, organizations and persons receiving foreign funding may face harassment or arrest.

It is easy to understand why Putin perceives this American money as a threat to his rule and does not allow real opposition in the country. And at the same time, American veterans of “promoting democracy” are hateful hints of Putin that their (intelligence) job is supposedly equivalent to what the Russian government is currently accused of.

As we see, American scientists and former intelligence officers (however, there are no former intelligence officers) not only boast about their interference in elections in foreign countries, but also counting records in this area. Moreover, the Americans defend their "democratic" right to be called good guys. While the Russians, apparently, are guys of a completely different sort. And therefore, Yeltsin, whom the Russians for some reason have fallen in love with, should be “helped” in the elections.

Hence the Americans and the negative assessment of the “intervention” of 2016 of the year, which Putin allegedly undertook and for which thirteen must answer before the American law "Trolls" led by "Putin's cook."

In a word, Washington can do something that Moscow cannot. Motives, you see, are different. Americans are fighting against authoritarianism and consider this struggle to be something like charity - they also do good for those people who are “democratized”. The democratized nations themselves may think otherwise, but neither the White House nor the CIA are interested in this issue.