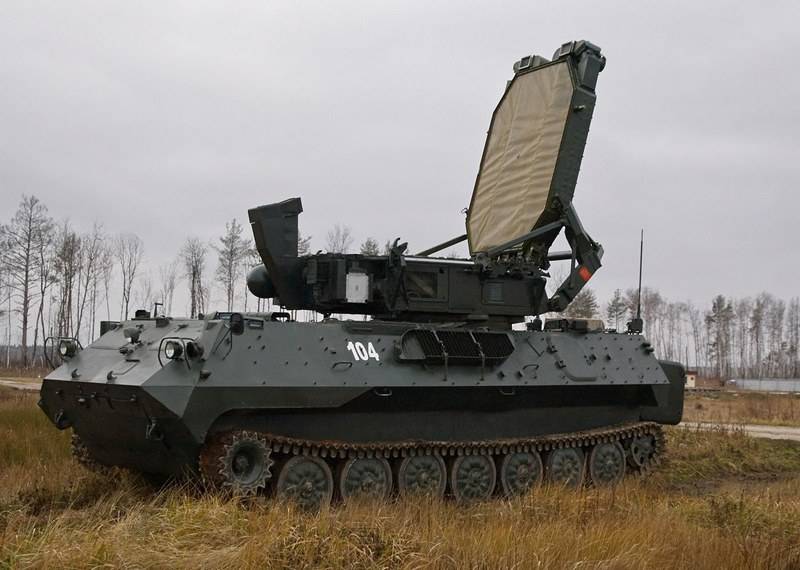 The complexes are intended for reconnaissance of enemy firing positions, determining the movement of projectiles and the class of firing systems. In addition, "Zoo-1" allows you to control the destruction of the target by its own means. He can also monitor the airspace and monitor unmanned aerial vehicles.

The Zoo-1 radar for reconnaissance of missile and artillery positions is considered one of the best systems in the world. It is completely autonomous, it takes about five minutes to deploy. The equipment of the complex can survey the positions of mortars of caliber 82-120 millimeters at a distance of 17 kilometers, guns of caliber 105-155 millimeters at a distance of 12 kilometers, multiple launch rocket systems - up to 22 kilometers, tactical missiles - up to 45 kilometers. Zoo is able to detect up to 70 firing positions per minute while simultaneously accompanying up to 12 targets

Ctrl Enter
Noticed oshЫbku Highlight text and press. Ctrl + Enter
We are
Counter-battery clash "killers of artillery": Russian "Zoo-1" against shtatovskogo AN / TPQ-47. Is it worth it to be under a delusion?Counterbattery radar "Zoo-1"
Military Reviewin Yandex News
Military Reviewin Google News
28 comments
Information
Dear reader, to leave comments on the publication, you must sign in.