In the United States "christened" a new catamaran

February 26 2018
28
The US Navy is preparing to adopt a new catamaran. According to the portal navaltoday.com, in the port of the city of Mobile (Alabama) a solemn ceremony was held for the baptism of the vessel USNS Burlington. 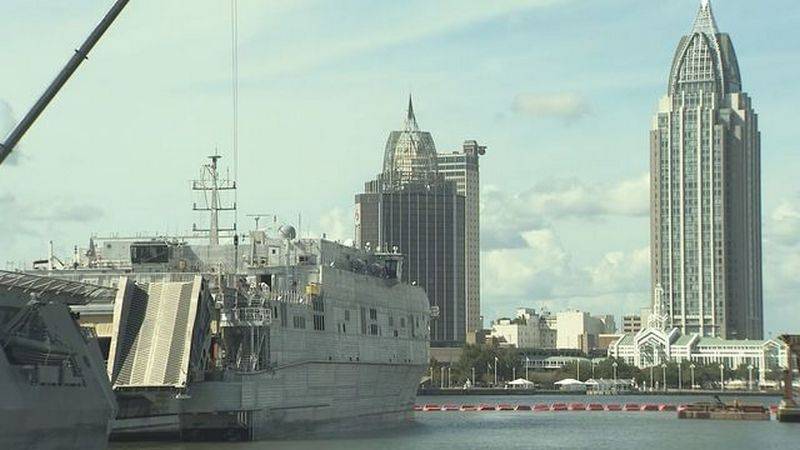 USNS Burlington high-speed landing craft at the port of Mobile

In 2008, the US Navy signed with Austal USA a contract for the construction of twelve vessels developed as part of the Joint High Speed ​​Vessel (JHSV) project. The class of high-speed amphibious ships was called the Spearhead, and the project itself was later renamed Expeditionary Fast Transport (EPF).

USNS Burlington became the tenth ship in its class and received the T-EPF 10 prefix for the title. The laying of the vessel took place in September last year, and USNS Burlington is to join US Navy by the end of this year. Two more ships - Puerto Rico (EPF 11) and Newport (EPF 12) - are in various stages of construction.

Spearhead vessels are catamaran-shaped and are used as naval support units. fleet (not included in the combat structure). The displacement of each vessel exceeds 1500 tons, while they can carry up to 600 tons of payload, have a platform and a hangar for a helicopter. Due to the high speed of 43 knots (80 km / h), these vessels are used for the prompt transfer of cargo, machinery, equipment and personnel of the US Navy. "Warspot"