Project "ZZ". Russia is weak and unlucky. And so she must be afraid

February 26 2018
64
Putin’s Russia is dangerous because this country is a dying force. Its future looks bleak, Russia's dependence on the export of raw materials is growing, and the decrepit political system is not in a position to provide for mature changes. Putin provides supporters with payments that security and military officials receive, foreign experts say. However, this "stability" will not go far. The most terrible thing will happen when Russia collapses. The collapse of the Russian Federation will immediately create a threat of nuclear proliferation. weapons... 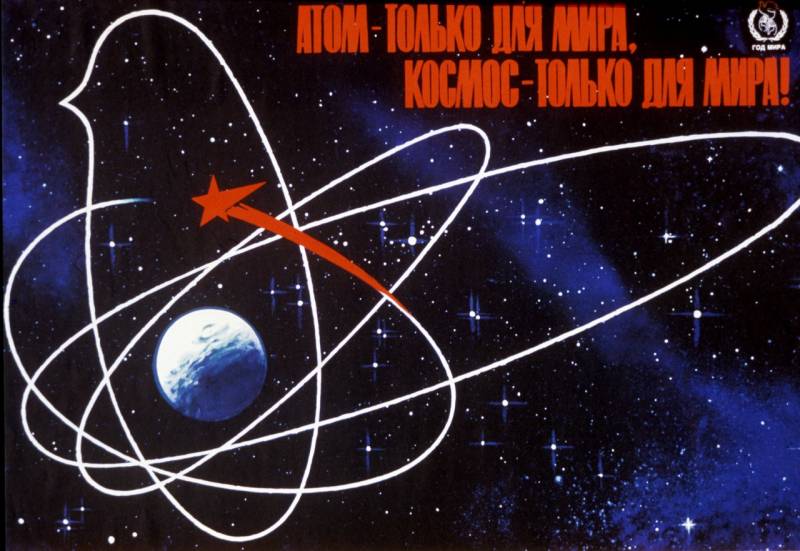 Presidential aides Trump said that Mr. President is taking far more “tougher measures” against Putin than critics (Trump) believe him to be. Yes, Mr. Trump has not yet introduced any sanctions against the Russian oligarchs who fell into the Kremlin report, however, according to the three American officials who organized a special briefing, it is not that simple, because the United States must coordinate with the allies. However, Trump and Putin still act "hard."

This is written by D. Sevastopulo and K. Manson in the influential edition Financial Times.

“We must be very careful about Russia,” one official warned. “If the approach to Russia turns out to be overly politicized, then it will be bad when the same question reaches China, North Korea and Iran.” “I want to assure you that we are doing a lot of work. We take this very seriously, ”said a spokesman for Trump.

According to White House officials, President Trump took "a series of tough actions against Russia." Last summer, he introduced additional sanctions, due to the old reason - Russia's annexation of the Crimea peninsula. In addition, the other day, he took in the "sight" two companies that were included in the list of 16 Russian citizens and groups named in the indictment of Special Prosecutor Robert Muller.

Also, officials from the administration noted that the national security strategy and national defense strategy published by the government identified Russia as a "revisionist power" and an "opponent" of the United States. While in Europe, US Secretary of Defense Mr. Mattis declared “Russian aggression” and the interference of “Russians in our elections.”

Finally, the Pentagon is taking steps to increase the number of military personnel and equipment "to counter Russian ambitions" in Europe. The Pentagon intends to double funding (to 6,5 billion dollars) in the area of ​​the European Union's containment initiative, which, as you know, is aimed at countering Russia. 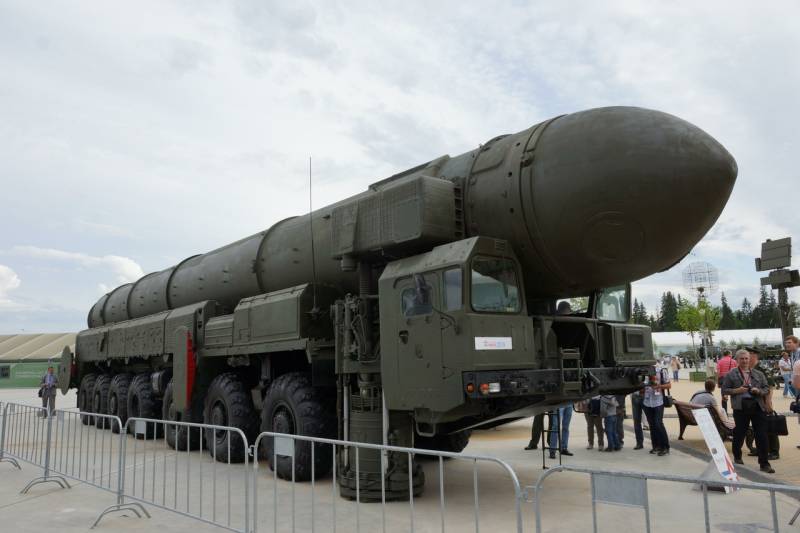 Earlier, in December last year, Trump signed a law prohibiting US agencies from using software from Kaspersky Lab because of concerns about "Kremlin influence."

Last week, Washington blamed Russia for a cyber attack on Ukraine by launching the NotPetya virus. One official noted that the United States is preparing a response to the attack.

In addition, the Trump team recalled that the president had approved the delivery of lethal weapons to Ukraine.

Thus, Mr. Trump tried his best to convince political circles in Washington of his “toughness” with Putin. And it finds understanding ... in Russia.

US Relations with Russia Reached Lowest historical temperatures, the authors admit. According to Russian officials, over the past year, the atmosphere of bilateral relations has become worse than it was under Obama. Curious, but few Russians believe that Mr. Trump turned out to be tougher in relation to Russia than his predecessor. Moscow considers Trump a hostage to the establishment, which implements the liberal values ​​once extolled by Obama. However, Putin “rejects such values,” journalists say. 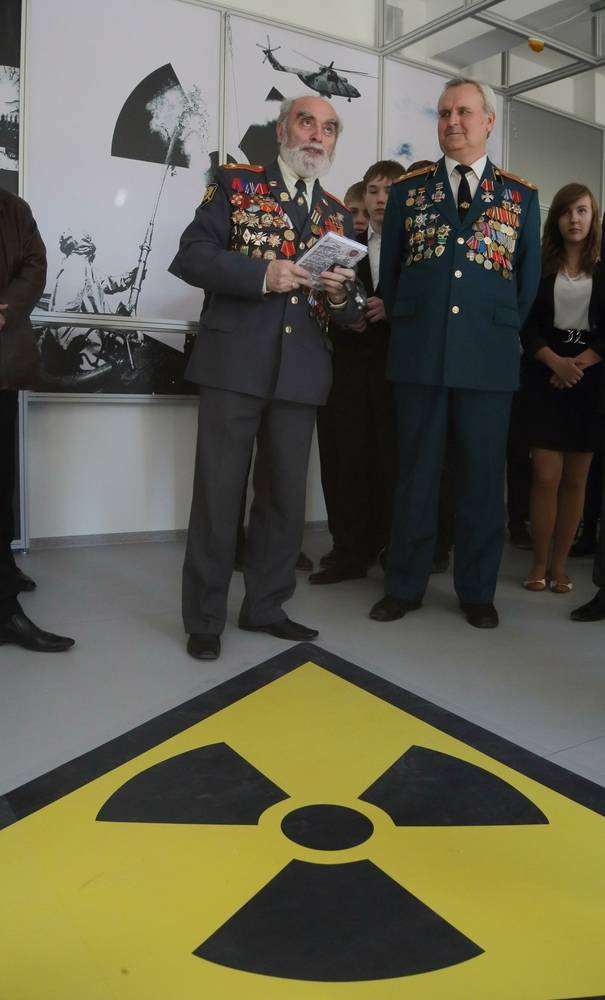 According to columnist Henry Ergas, writing for "The Australian"The risk for the United States is that America’s external political institutions are even more obsessed with Vladimir Putin than was typical of the Obama administration. But already at that time, Minister of Defense Ashton Carter called Russia the most serious security problem (China, North Korea, Iran and the Islamic State (prohibited in the Russian Federation) were in the following places).

However, the reality is that Russia is a dying force, the analyst believes.

Its gross national income, measured by purchasing power parity, is now hardly more than Russia’s 1990 of the year. The Russian economy was then six times larger than the Australian economy! However, due to stagnation, this gap has almost halved, the author notes. The prospect of returning oil prices to the maximum level of 2008 of the year seems unrealistic. Russia has generally gloomy prospects, especially since it is becoming “increasingly dependent on the export of raw materials.”

Henry Ergas considers Putin’s form of government “too personalized.” The board relies first on its [Putin's] high approval ratings. But such a power does not have a stable base. Instead, the Kremlin relies on generous payments to "henchmen, military and security forces."

But if the economy has a slow growth rate, then the financing of both the power structures and the social spending programs necessary to preserve social harmony will prove to be prohibitively difficult.

And here lies the danger to the world. Some might be drawn to “foreign adventures,” especially if they enter into resonance “with the regime’s nationalist rhetoric.” On the other hand, the “Russian raids” have so far been mostly just measures of reaction. The influence of Moscow remains “muffled” even in the “near abroad”. And the attempts of Russia themselves to strengthen the populist movements in developed democracies “gave tiny dividends”.

Therefore, it is difficult not to agree with Dmitri Trenin from the Moscow Carnegie Center, who claims that "the West should be more afraid of Russia's weakness than its strength."

The collapse of Russia will probably be accompanied by the collapse of the federation. And this will create an "immediate threat of nuclear proliferation." Large Asian territories will be simultaneously destabilized. 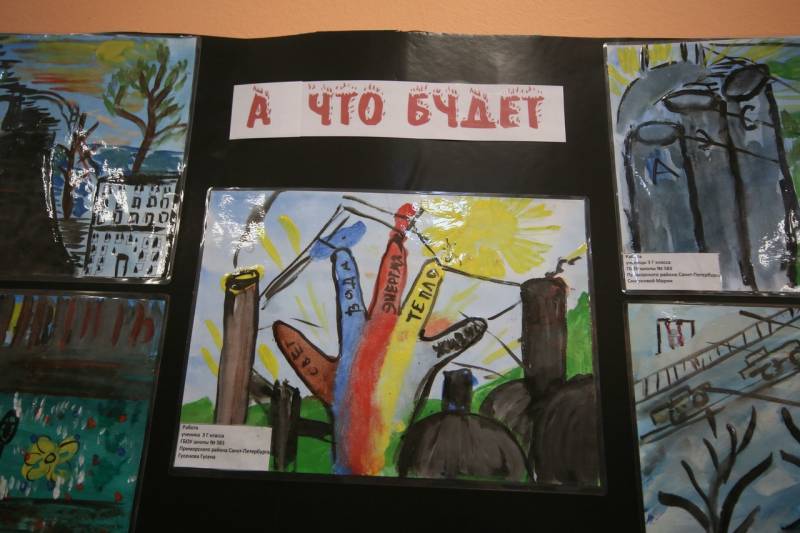 Putin’s popularity, the author adds, makes such a collapse unlikely in the short term. But, as Tony Brenton, the former British ambassador to Russia, “in Russia with its particularly opaque and repressive traditions,” gives the impression of a “submissive consent” of society with the rulers. But this is only an impression, and it is deceptive. The expression of Alexander Pushkin about the "senseless and merciless" Russian revolt is known, and it is not outdated at all.

Therefore, the world "has something to worry about," summarizes Ergas.

Dominic Fache writes on the same topic. «Les Echos». Fache is an energy expert and head of the Russian Technology Foundation.

According to the expert, the Russian election campaign is surrounded by uncertainty. For example, Ksenia Sobchak has already stated that Putin is elected, and therefore she is fighting for the next round. Fache notes that Putin apparently “belongs to history,” and his cycle is “ending.” Russia has become entangled in its own history, and this has not happened for the first time. Turning points always gave rise to tragic farces. On the historical list: Troubles, the Decembrist uprising, Bolshevism (the very name of which is nonsense, since the Bolsheviks were a minority), the collapse of the USSR, which Putin suddenly declared the greatest catastrophe. Therefore, Fache chose Chernomyrdin's aphorism as an illustration of Russian history: “They wanted the best, but it turned out as always!”

Chronic bad luck clung to the fate of Russia!

Meanwhile, Russia has regained confidence in the community of nations. Russians themselves, or rather, many of them believe in it. But why? Russia's GDP at its highest point took up a position between Italy and Indonesia. This GDP is very far from that of the United States, China or a united Europe. Russia is characterized by a model of structural corruption that has permeated the entire society, and especially the elite, the expert writes. There are double standards. Hence, the likely occurrence of fateful situations that are not predicted by the most courageous futurologist.

In short, anything is possible, but ... God forbid!

Foreign experts no longer hide: they are not afraid of the kind of Russia that lives under Putin. They are scared of Russia in the "round", which Sobchak reported. No one is able to predict what will happen to the country and, consequently, to the planet, after the 2024 year, when Putin will move away from power. What a terrible scenario awaits "unlucky" Russia? And how will this affect the fate of the world?

The times of Pushkin are long gone. Like the times of the Troubles. Now changes in the form of a “tragic farce” can affect not only the country, but also spread to the whole world. The collapse of the "federation", which is predicted by other analysts, will turn half the world into an arena of nuclear proliferation, and then confrontation. Hence, foreign fear: a dying Russia must be more afraid than a living Russia.

In this case, perhaps the West should help Russia to become stronger? Less will have to be afraid!

Ctrl Enter
Noticed oshЫbku Highlight text and press. Ctrl + Enter
We are
Overseas ally? Donald Trump - US Presidential CandidateSituational analysis of the death of the MH17 flight (Malaysian Boeing 777), made on the basis of engineering analysis from 15.08.2014
Military Reviewin Yandex News
Military Reviewin Google News
64 comments
Information
Dear reader, to leave comments on the publication, you must sign in.