Pyongyang: any blockade by the United States will be seen as an act of war

February 25 2018
33
North Korea will view any blockade initiated by America as an act of war, reports RIA News statement by the representative of the DPRK MFA. 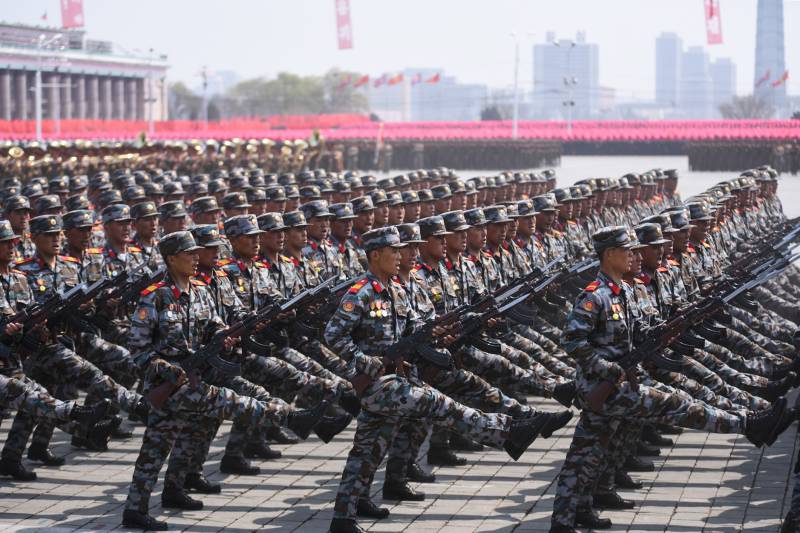 On Friday, Washington announced the introduction of sanctions in the framework of Pyongyang’s nuclear and missile programs, which will affect "27 shipping and transport companies, 28 ships and one individual around the world, including North Korea, China, Singapore, Taiwan."

A spokesperson for the White House told reporters that this package of restrictions is “the most serious one that has ever been introduced to North Korea.”

Any blockade against us will be considered an act of war,
warned in the North Korean Foreign Ministry.

Earlier, Donald Trump stressed that if sanctions against the DPRK do not work, Washington will move to the “second phase, which can be very tough and very sad for the world.”

Ctrl Enter
Noticed oshЫbku Highlight text and press. Ctrl + Enter
We are
The global crisis and the “yellow threat” led to the arms race of the countries of the Asia-Pacific Region. Part of 3
Military Reviewin Yandex News
Military Reviewin Google News
33 comments
Information
Dear reader, to leave comments on the publication, you must sign in.