In Lugansk, they told about the death of Ukrainian security officials on the contact line

February 25 2018
45
Two Ukrainian soldiers were killed and three more were injured, having blown up on a mine while trying to cross the line of contact in the area of ​​responsibility of the LC, reports RIA News a message from the representative of the People’s Militia of the Republic Andrei Marochko 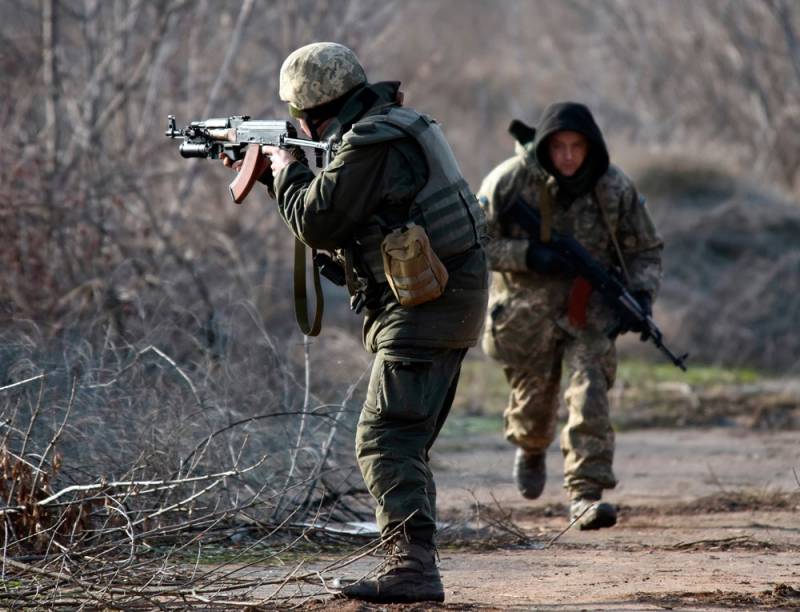 During the release of the enemy sabotage and reconnaissance group to the contact line in the area of ​​the Settlement, as a result of the detonation of their own mine, two soldiers of the 46-th separate battalion of special-purpose 54-th brigade of the Armed Forces died, three were seriously injured and hospitalized,
Marochka told reporters.

The representative of the military department of the LC also reported that the incident occurred yesterday, February 24, and for now the Ukrainian command is hiding from relatives of the victims and the public.

The APU in April, 2014, launched an “anti-terrorist” operation against the self-proclaimed LPR and DPR, which declared their independence from official Kiev after the coup d'état in February of the same year in Ukraine. According to the latest UN information, more than 10 thousands of people became victims of the conflict.