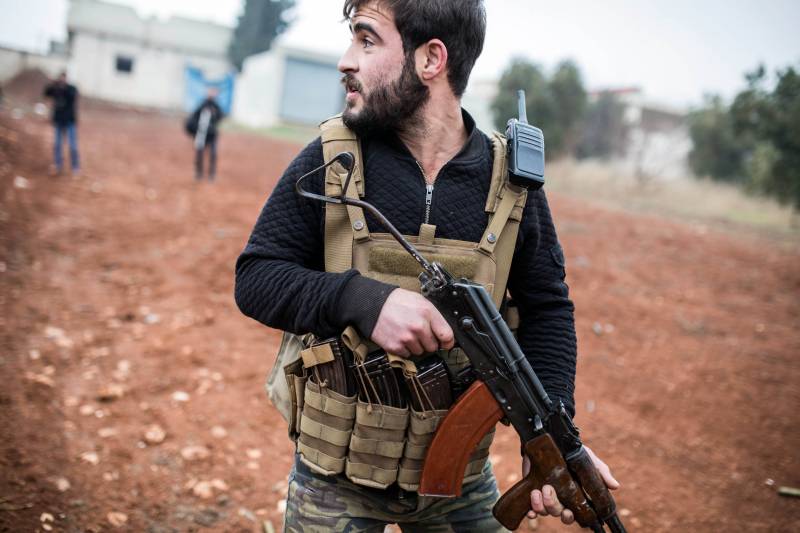 Since the beginning of Operation Olive Branch, 2018 members of the terrorist organizations PYD, YPG and IG have been neutralized.
says release.

According to the information, the detachments of the Free Syrian Army, supported by the units of the Turkish Armed Forces, "have taken over five more settlements in the north-west of Afrin" in the last 24 hours. It is explained that we are talking about the settlements of Sheikh Mohammedli, Dudu, Semalyk, Velikli and Kavanda.

Recall, the operation "Olive Branch" of the Turkish Armed Forces against the Kurdish formations in Afrin continues from January this year on 20. Damascus strongly condemned the actions of Ankara, indicating that this territory is an integral part of the SAR. Moscow, in connection with the situation in Afrin, called on all parties to show restraint and respect for the territorial integrity of the republic.

Ctrl Enter
Noticed oshЫbku Highlight text and press. Ctrl + Enter
We are
Ankara went to unexpected measures in an attempt to beat Moscow and Damascus. Commando and "al-Nusra" in Tayip's cunning planThe "olive branch" does not carry the world ...
Military Reviewin Yandex News
Military Reviewin Google News
31 comment
Information
Dear reader, to leave comments on the publication, you must sign in.