APU 11 once a day violated the truce in the Donbass

February 25 2018
8
Ukrainian soldiers have fired ten times on the territory of the Donetsk Republic for the past day, a representative of the DPR operational command told reporters. 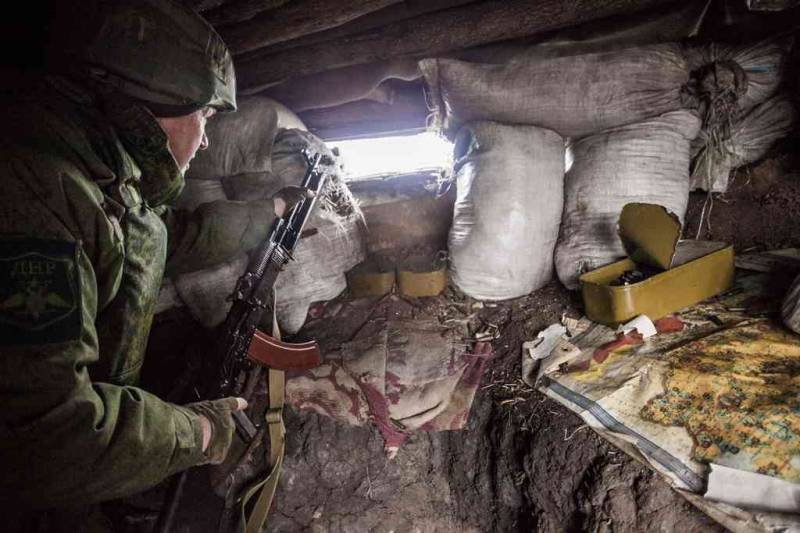 "Donetsk direction: 120 mortars millimeters - eight mines, 82 millimeters - two mines ... The total number of ammunition used by the APU - 123 units," - said in the representation of the DPR at the Joint Center for Control and Coordination of Ceasefire.

In the Lugansk Republic reported one shelling.

During the day, the Ukrainian security forces once violated the cease-fire by using mortars with a caliber 82 millimeter,
said in the release of the People's Militia of the LC.

Positions in the area of ​​Kalinovka village were subjected to shelling. All were released more than eight minutes. "According to preliminary data, there are no injuries among the civilian population and military personnel," the agency added.

In turn, the Ukrainian headquarters reported four cases of ceasefire violations by militias.

For the past day, "four shelling of fortifications of the Armed Forces of Ukraine were recorded," the message says.

“In the Luhansk area, in the evening, Russian mercenaries grossly violated the Minsk agreements and used 152-mm caliber artillery systems in the vicinity of the Podlesnoye settlement. 82-mm mortars and large-caliber machine guns fired on our positions near the Crimea. From grenade launchers and small arms they fired at the defenders of Lobacheva, and from small arms (militia) they provoked the Ukrainian soldiers near the Village of Luganskaya, ”they said in the headquarters.

It is also noted that "as a result of these hostile actions, not a single Ukrainian defender was hurt."