According to the Russian Ministry of Defense, the commander of the 61 th separate Kirkenes Marine Brigade of the Northern Fleet Colonel Valery Fedyanin 22 of September 2017 received multiple injuries as a result of a landmine detonation. He was taken to the main military clinical hospital in Moscow, where he died from his injuries on October 1. 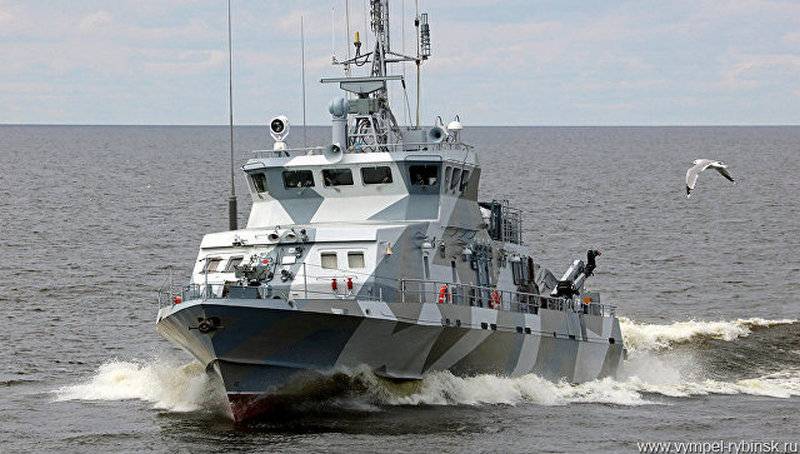 A solemn ceremony was held today in Severomorsk to confer the honorary title on the subversive boat of the Kola Flotilla of heterogeneous forces in honor of the commander of the Northern Fleet Marine Brigade Brigade of Colonel Valery Fedyanin, who was killed in the performance of military duty in the Syrian Arab Republic
- said Serga.

As Admiral Nikolai Evmenov, commander of the Northern Fleet, noted, “from the beginning to the end of his officer service, Valery Fedyanin performed combat missions in the fight against terrorism, for participating in operations in the North Caucasus he was awarded the Order of Courage, the second Order of Courage, already, unfortunately, posthumously, he was awarded for performing tasks in Syria. "

The 21980 anti-sabotage boat "Rook" is designed to combat sabotage and terrorist forces and facilities in the waters of the basing points and near approaches to them. It can reach speeds up to 23 nodes, has a range of more than 200 miles. The boats of this project are armed with large-caliber machine guns, anti-sabotage grenade launchers and man-portable air defense systems. Electronic weapons allows you to search for objects that are located and moving under water, reports RIA News

Ctrl Enter
Noticed oshЫbku Highlight text and press. Ctrl + Enter
We are
In Moscow, the commander of the brigade of marines died of wounds in SyriaThe plans of the highest military department of Ukraine to close the military-medical clinical center of the Southern region of Odessa (411-th Military Hospital)
Military Reviewin Yandex News
Military Reviewin Google News
47 comments
Information
Dear reader, to leave comments on the publication, you must sign in.