February 24 2018
77
Statements by US President Donald Trump about US goals in UAR and "shame" of Russia have nothing to do with reality, the word "shame" refers to the United States for fragmented Libya, for dismembering Yugoslavia, for the war in Iraq, said Leonid Slutsky. 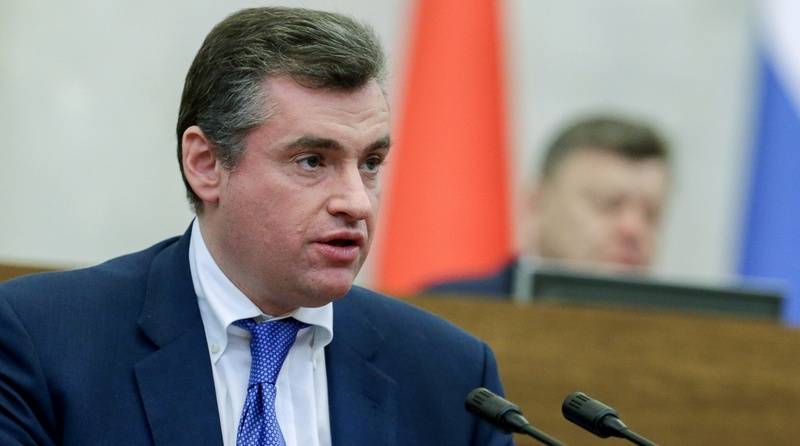 Earlier, US President Donald Trump said that the Americans are in Syria with one goal - "get rid of the IG *", after which they "go home." At the same time, the politician also called “shame” what Russia and Iran did in Syria.

The motives of Trump's statement are absolutely clear: the United States must ascribe to itself an unequivocal victory over terrorism, while diminishing to the maximum the role of Russia and its partners in the Syrian settlement. However, this has nothing to do with reality. Russia, unlike the United States, is in Syria to assist in the fight against the IG *, the emergence of which, by the way, was actually promoted by America with its policy in the Middle East
- said Slutsk RIA News.

The parliamentarian recalled that Russia is doing it legally at the request of the official authorities of the SAR, "again, in contrast to the United States."

Therefore, the word "shame", I think, does not fit in with our activities. Rather, it is a disgrace to the United States for fragmented Libya, which actually lost its statehood, for the dismemberment of Yugoslavia, for the war in Iraq, unleashed on the basis of only the "fake" test tube (former US Secretary of State) Colin Powell. They seem to have misunderstood what they have done.
- he concluded.

Photos used:
Press Service of the State Duma of the Russian Federation