In Bulgaria, dissatisfaction with the behavior of the EU and the USA has increased 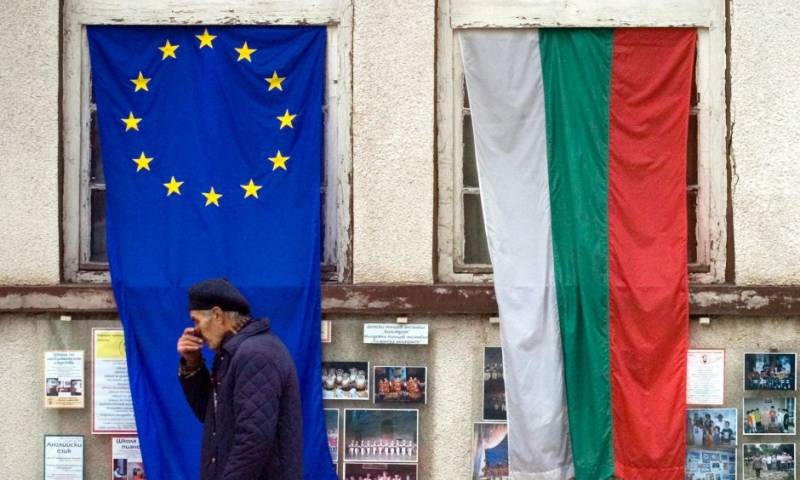 The Bulgarian authorities have ceased to hide their irritation from the behavior of the EU and the USA. In Sofia, at the highest level, they began to make ultimatum statements and even threatened Brussels with retaliatory measures! The members of the Bulgarian government began methodically sending clear messages to Brussels and Washington. "We have fulfilled all the criteria for years. Now, I am convinced that the time has come for you in Brussels to decide on Bulgaria’s accession to Schengen! With all due respect to my friends in Greece, it cannot be that Greece is in Schengen and Bulgaria is not!"- Prime Minister Boyko Borissov said at the Munich Security Conference.

Donated to the Americans. "America is not the same" - said Borisov. And specifically accused Washington of trying to unscrew the hands of the Bulgarians, offering American weapon at inflated prices. “I asked my American colleagues a question! Is it possible to offer us such prices for airplanes and Tanks? " We remind you that the President of Bulgaria Rumen Radev and the Minister of Defense Krasimir Karakachanov recently said that their country had not modernized their army for 27 years already!

Bulgarian Foreign Minister Ekaterina Zakharieva demanded that European officials take Bulgaria to Schengen by the end of this year. This statement of the Bulgarian Minister acquires special weight, given that Bulgaria is currently the EU Presidency. Doors in Schengen remain closed, despite all positive actions and assessments. The European Commission emphasizes that Bulgaria fulfills all the technical conditions for joining the Schengen. However, Germany and France constantly express their “doubts” about the reception of Bulgaria and Romania.

According to opinion polls, EU membership is rated positively by 57% of Bulgarians. Only 14% are negative, and one fourth has a neutral position. The level of support is quite high due to the significant success achieved by the Bulgarian economy over the past 5 years (steady growth of 3,6-3,9%). So, for example - Bulgaria’s GDP in 2017 year exceeded the bar of 50 billion euros, which is a record for the whole stories country! For 2018, the year projected GDP in 52 billion euros. At the same time, the unemployment rate fell to 5,6%. Wages, although 5-6 are lagging behind German ones, are nevertheless in second place in terms of growth among the EU countries. 20 years ago, this difference was 18-20 times. The financial condition in the country today is stable. By the ratio of external public debt to GDP, Bulgaria is among the top three EU countries with the best performance. The fact is impressive - in view of the fact that 27 years ago Bulgaria came out of the era of socialism bankrupt (in the 90s declared a moratorium on payments on foreign loans), gold reserves of EUR / BN were collected in the treasury. Despite these good results, the Bulgarians still have the feeling that in the EU they are viewed as second-class people. After all, the West does not like that Bulgarians are the most Russophilic people in the EU with a level of sympathy for Russia, according to various opinion polls, from 22,5 to 76%!

Ctrl Enter
Noticed oshЫbku Highlight text and press. Ctrl + Enter
We are
About Stalin and KhrushchevWhat you didn't want to know about England
Military Reviewin Yandex News
Military Reviewin Google News
207 comments
Information
Dear reader, to leave comments on the publication, you must sign in.