In the Crosses, in 1969. a monument was erected dedicated to the events of February 1918. 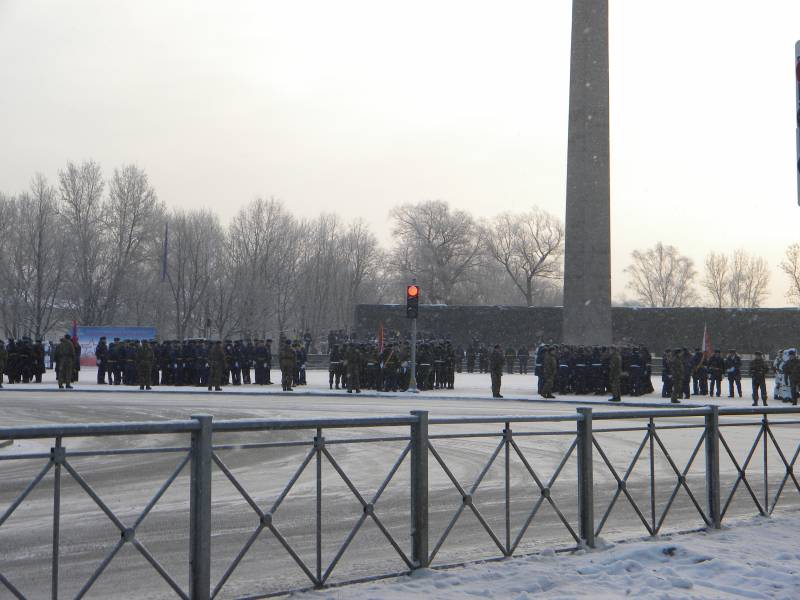 February was surprisingly winter and in anticipation of the celebrations and participants, and the audience had to freeze a little. Soldiers froze, musicians froze, machinery froze. 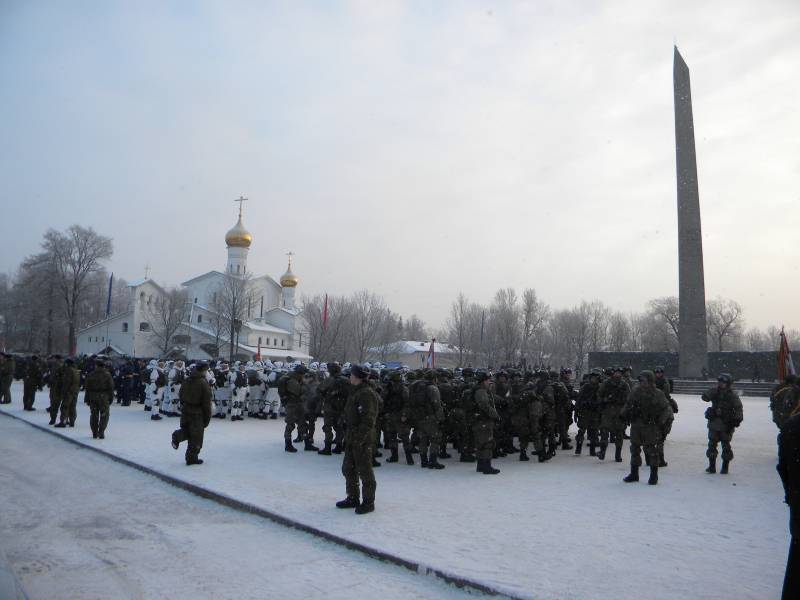 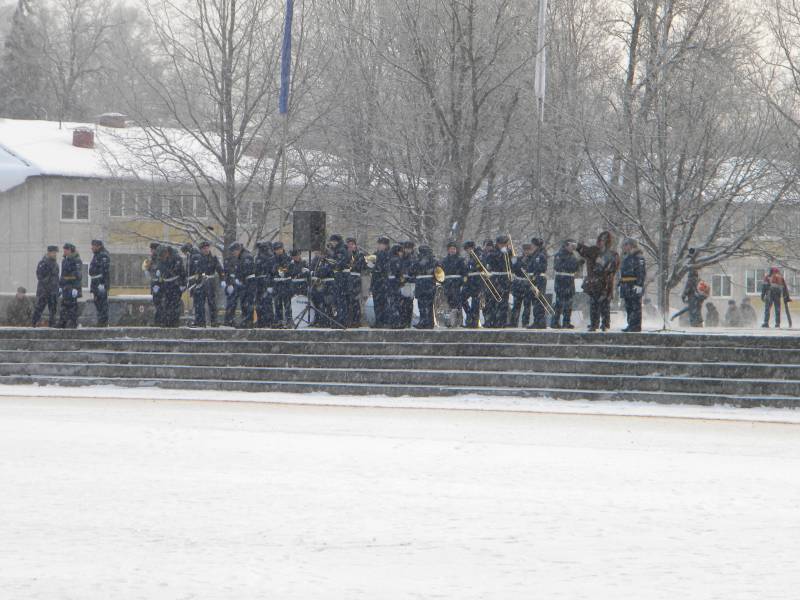 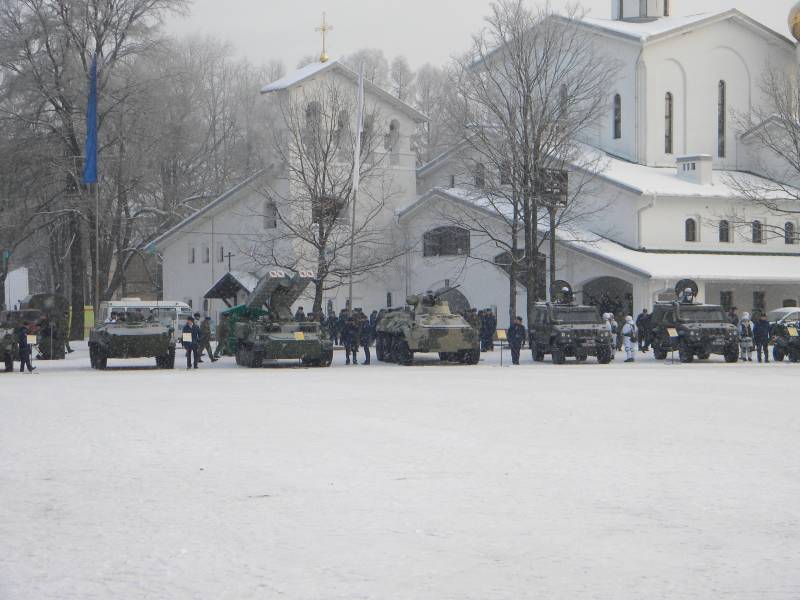 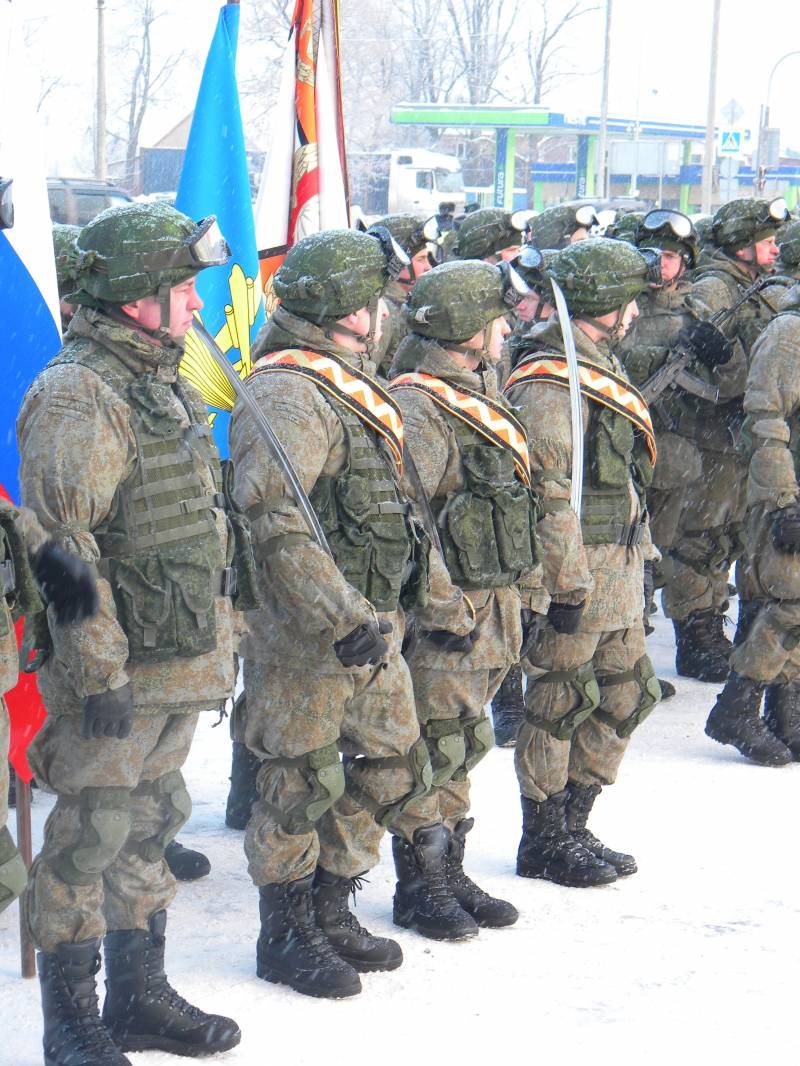 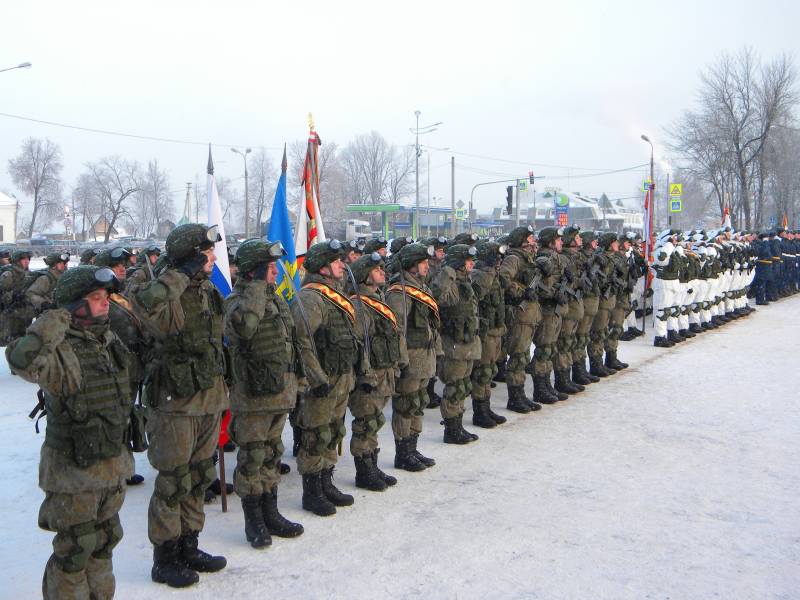 A test pass was made. 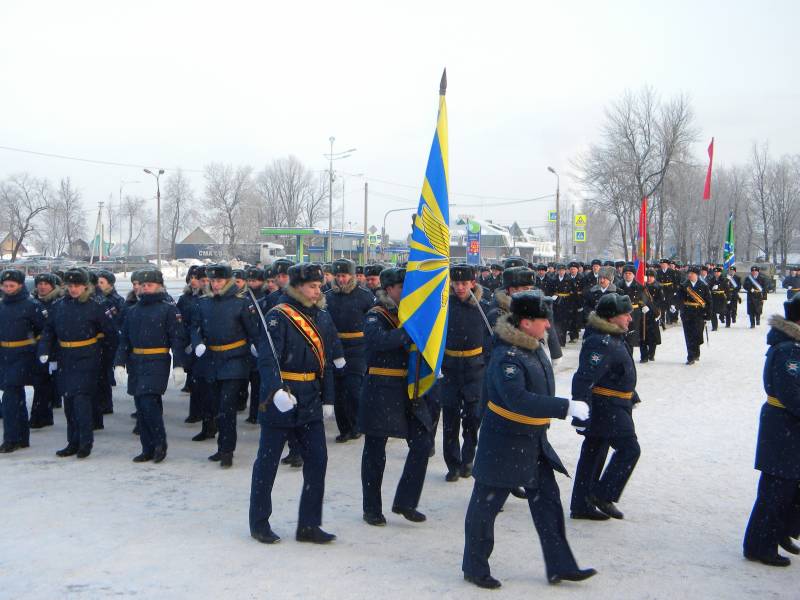 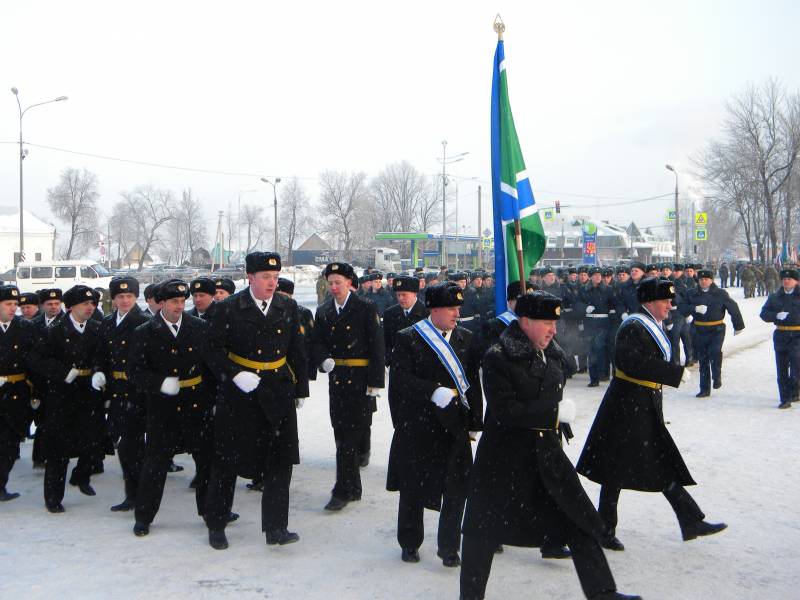 Following the results of which the commanders were called to the "carpet" and got stuck. 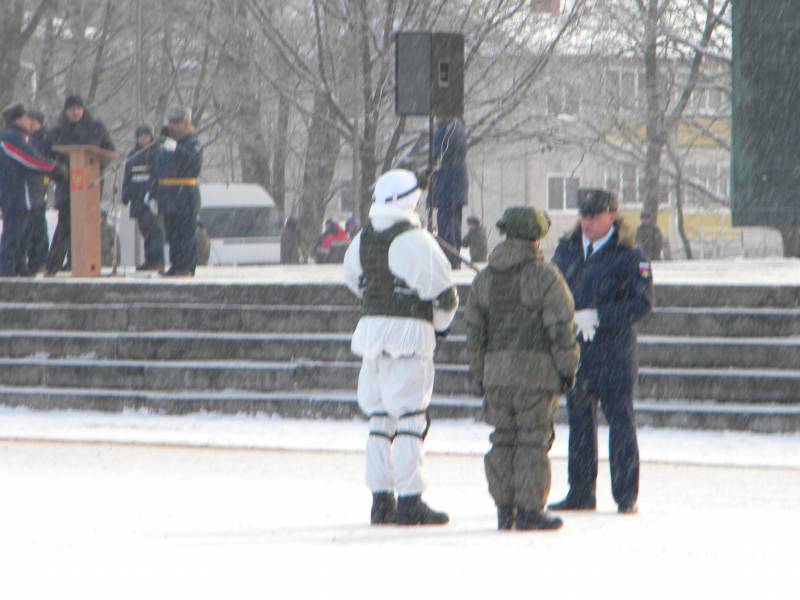 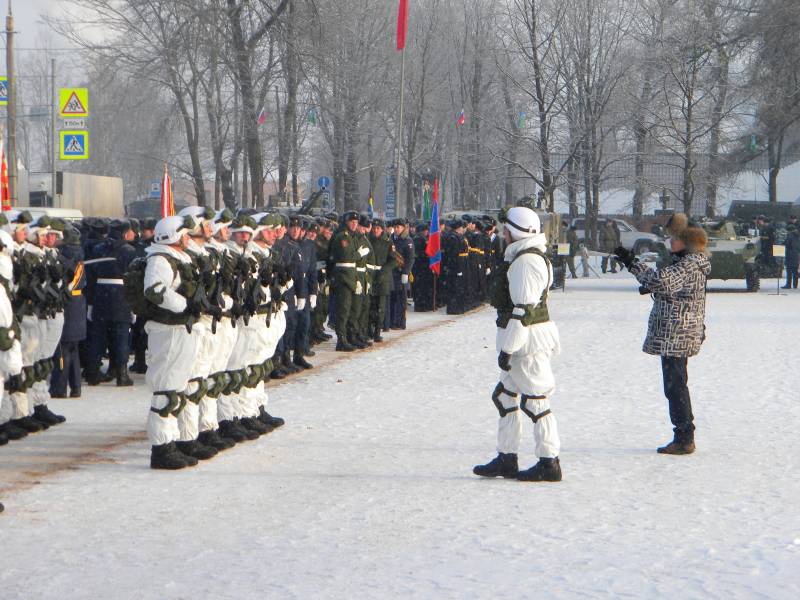 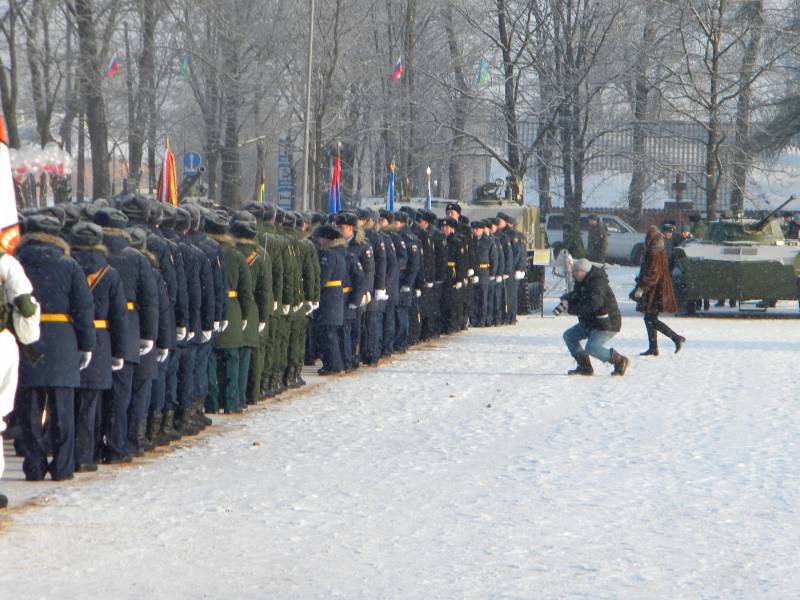 But the parade passed without incident. 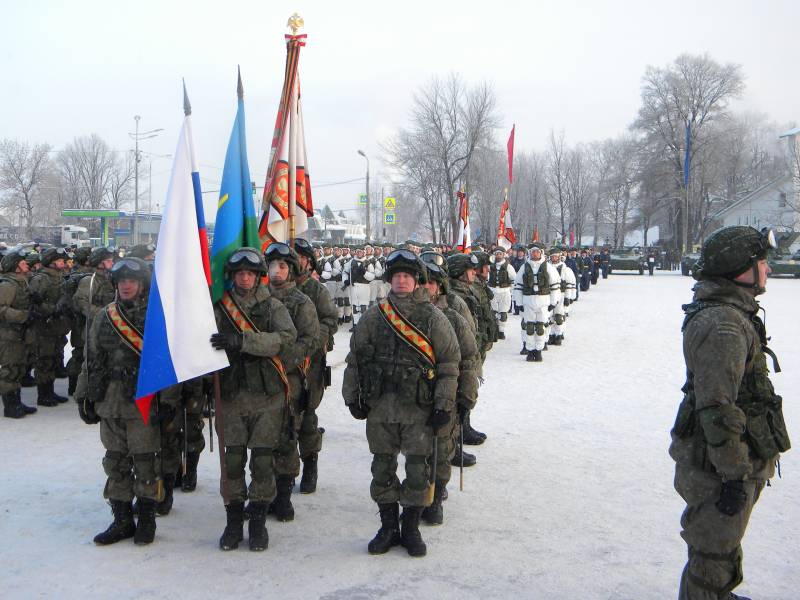 At the end of the parade, according to tradition, the technique was given to the "plundering" of children. 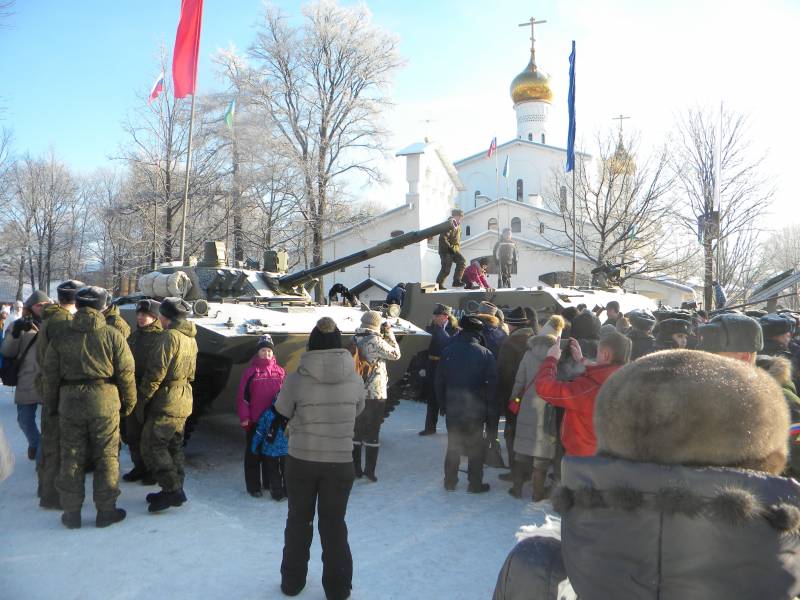 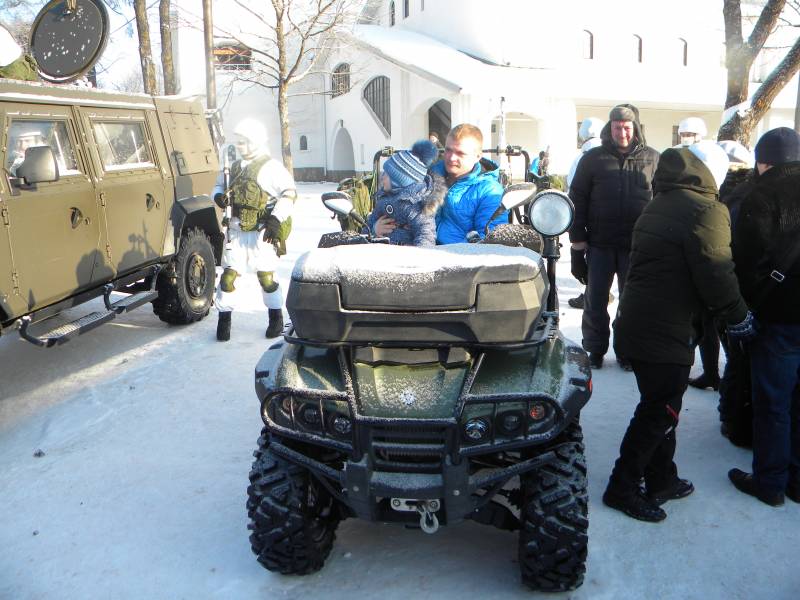 Something new has emerged from the vehicle: a snowmobile — for some reason it is not shown in the summer, and the BTR-MDM. 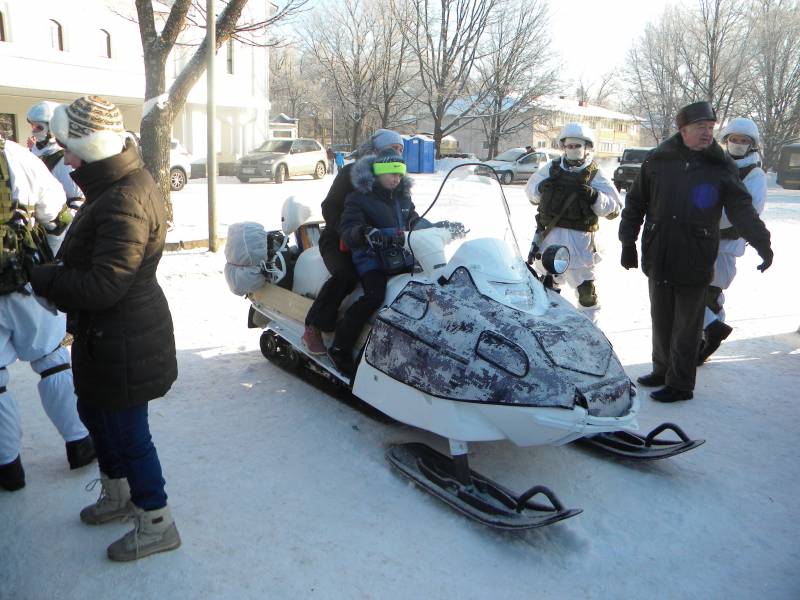 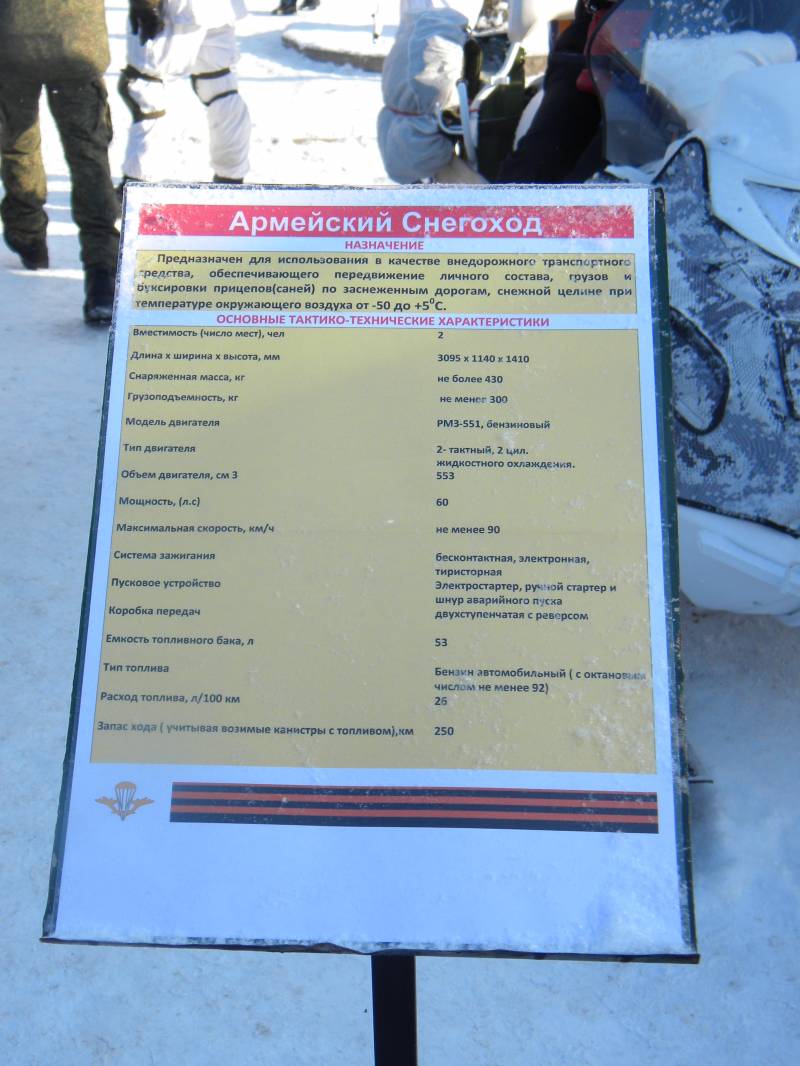 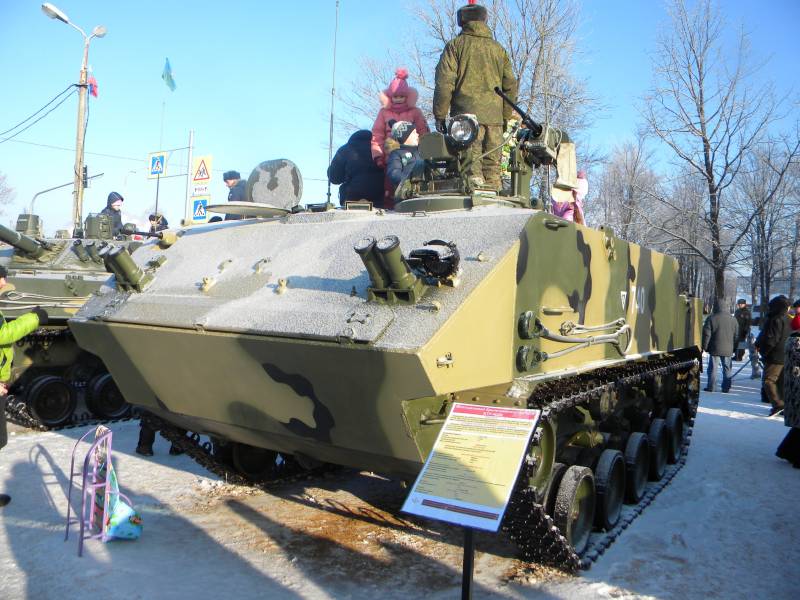 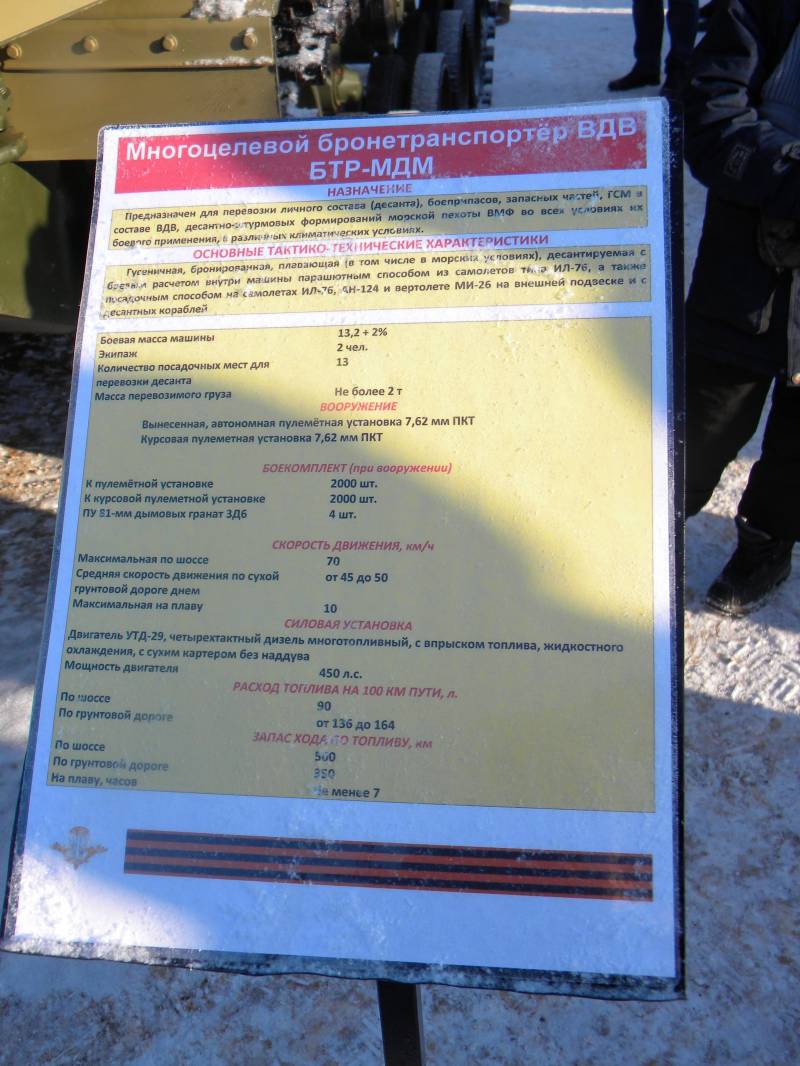 From the comments of the officer-guide. The BTR-MDM in comparison with the BTR-D is good and carries more, and prolazit almost everywhere. But sometimes a good target for the grenade thrower turns over.

The place for photography is very inconvenient, the head sun and snow. So, sorry for the photo frames. "Do not shoot the pianist, he plays as best he can"

The newly created units of the Red Army dug in ... 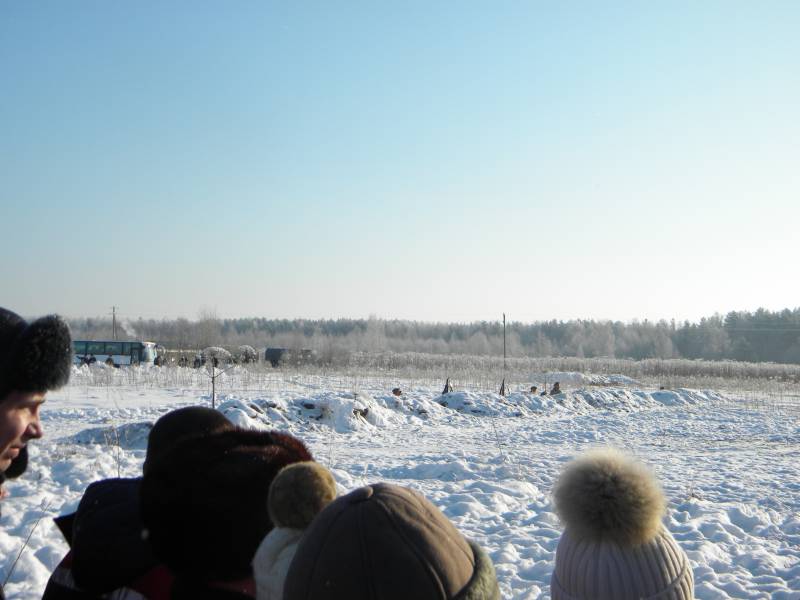 ... and sent a propagandist soldier into the audience. 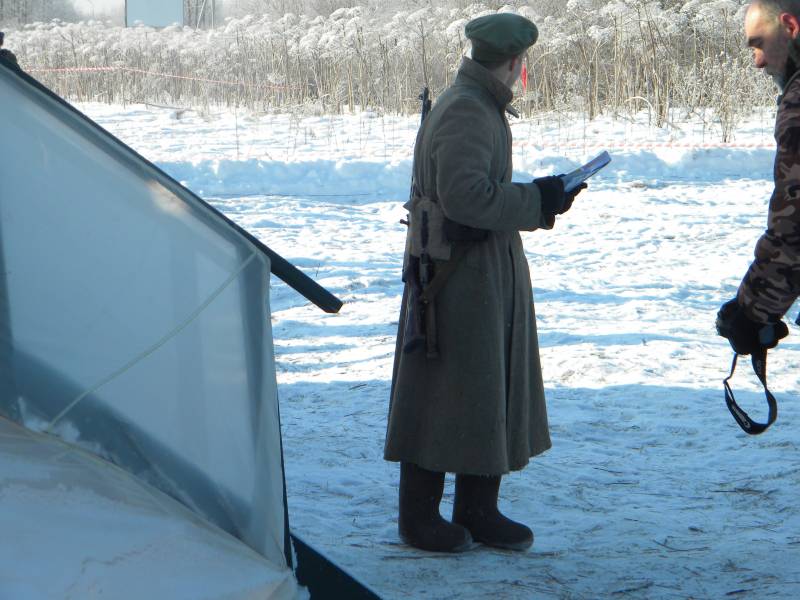 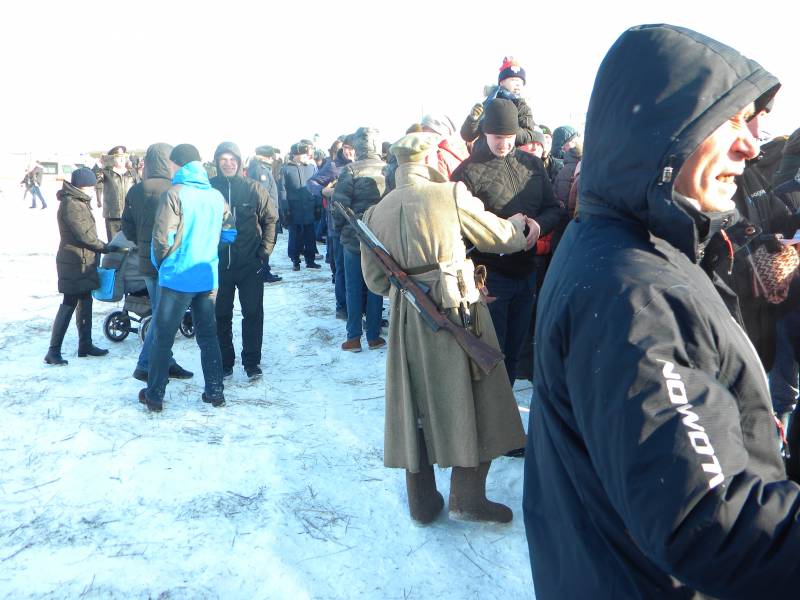 A commissioner arrived at the unit explaining the latest decrees. 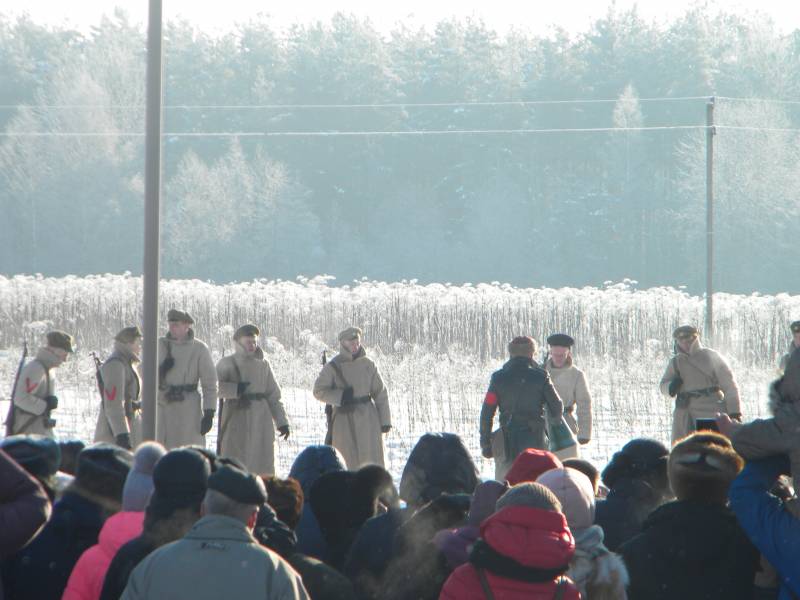 After a brief shooting, the forces of the Kaiser people of the Red Army trenches were taken. 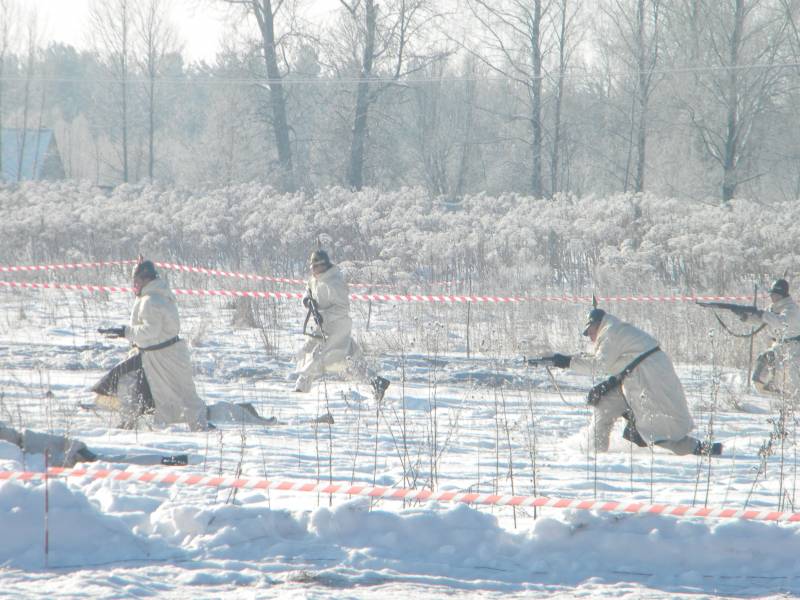 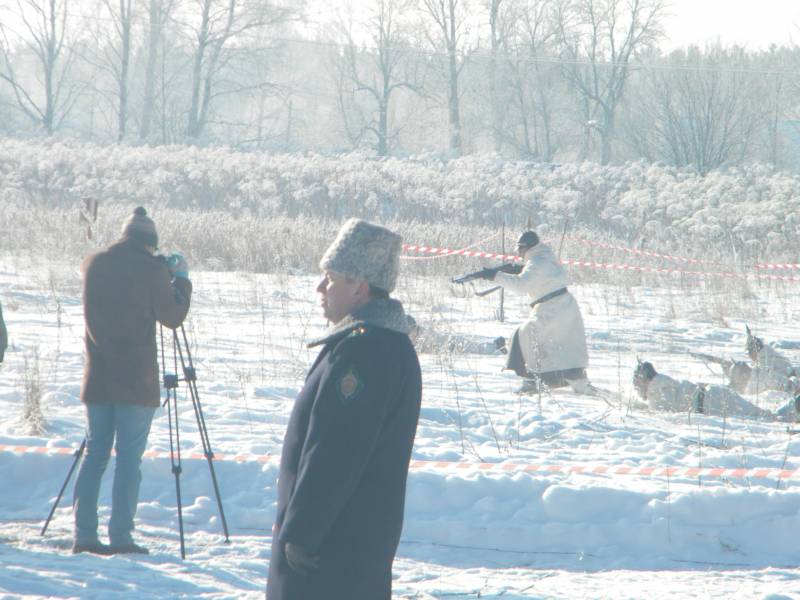 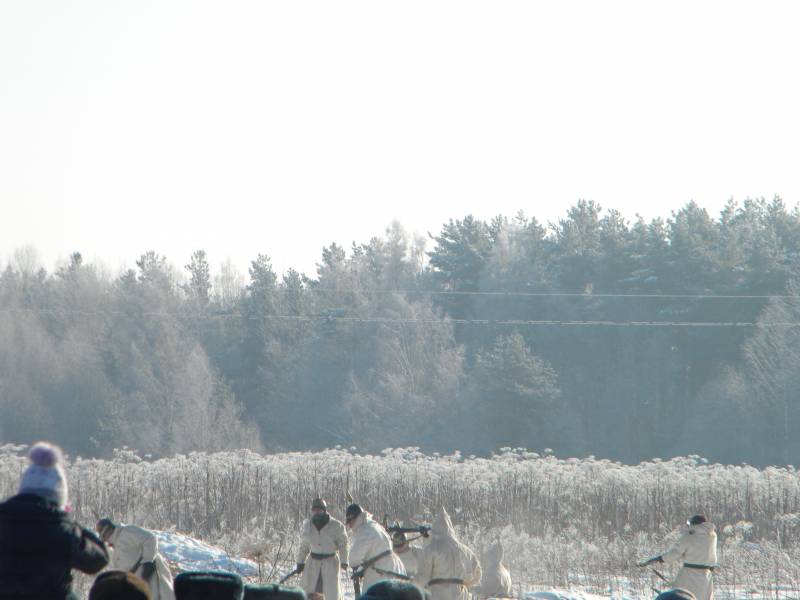 But the arrived division of the Red Army repelled the attack. In the end, we won.

And at the end of the reconstruction, spectators fraternized with the soldiers of the Red Army and the Kaiser. 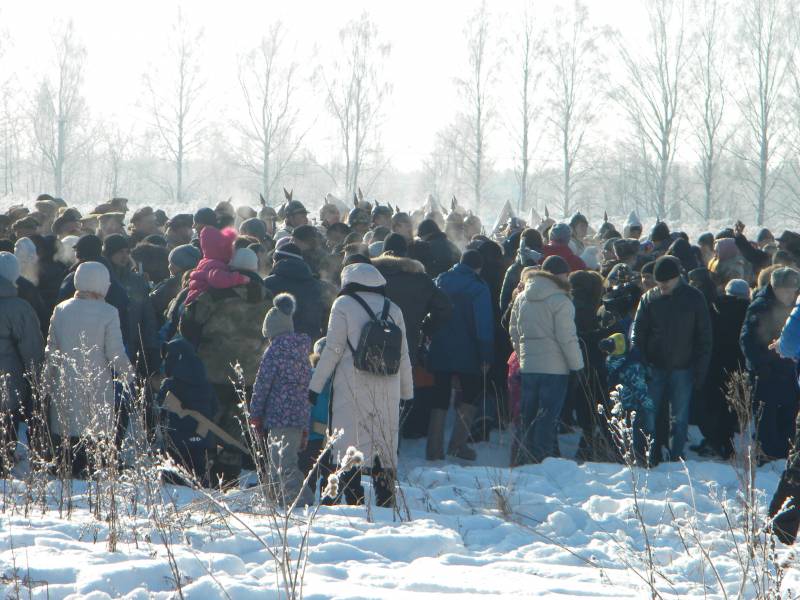 In addition to the victory of the Red Army, the commentator still tried to push through the idea that the 1918 fights of the year took place in this place.

This is what really turned out to be a winter one, and on an interesting 23 February day, February 2018. in Pskov.

Ctrl Enter
Noticed oshЫbku Highlight text and press. Ctrl + Enter
We are
Impenetrable "Warrior" and the unsolved secrets of the Ministry of DefenseGeorge Borodin: Guests from Colombia, Kosovo and El Salvador: US prepares "death squads" in Azerbaijan and Central Asia
Military Reviewin Yandex News
Military Reviewin Google News
19 comments
Information
Dear reader, to leave comments on the publication, you must sign in.