Pentagon: We do not know who was hit in the valley of the Euphrates, but certainly not at the Russian Armed Forces

February 23 2018
105
Pentagon press service spokesman Dana White commented on the data that the Americans attacked pro-government forces in the Euphrates valley (Deir ez-Zor province, Syria). According to White, the decision to strike was taken on an emergency basis - when the American forces and the "allies" saw "a movement on their position as a mechanized column."


At the same time, a representative of the American military department said that the Pentagon still has no information about the composition of the armed group that "launched the offensive."

From Dana White's statement:
We still do not know exactly who was in the lineup today. Therefore, we are not going to speculate on both the composition and the intentions.
At the same time, White claims that the United States knew for sure that there were no Russian servicemen in the “attackers”.

A Pentagon spokesman notes that a telephone connection was made with Russian colleagues to clarify information about the presence of the Russian military. White argues that contacts with the Russian Federation were carried out during the attack in the area of ​​the Euphrates valley. 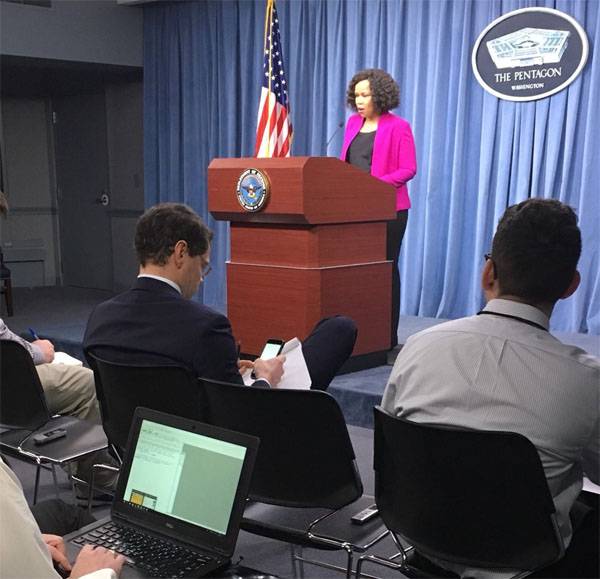 White:
Therefore, we were on 100% sure that the Russian military did not take part in that offensive. We received such data via a communication channel.

Recall that earlier the Russian Defense Ministry reported that in the province of Deir-ez-Zor, the American coalition struck at the pro-government ATS forces that decided to carry out their actions without coordination. After that, the media began to replicate statements about the death of allegedly hundreds of representatives of the “Wagner Group”. The Foreign Ministry of Russia later noted that in the Euphrates valley, in the clash, "up to five were killed and several dozen Russian citizens were injured." It was also stated that assistance was provided to the wounded Russians.

Ctrl Enter
Noticed oshЫbku Highlight text and press. Ctrl + Enter
We are
"Euphrates fist" CAA under the threat of "Meyadinsky boiler." Important facts are not in favor of reducing the Armed Forces in Syria
Military Reviewin Yandex News
Military Reviewin Google News
105 comments
Information
Dear reader, to leave comments on the publication, you must sign in.