February 23 2018
58
Management of the American company Lockheed Martin commented on the reports on work on the elimination of previously identified defects in the creation of air-to-surface missiles. We are talking about a rocket, which is designed to eventually replace another rocket in service - AGM-114 Hellfire. A new rocket of the JAGM project (air-to-surface with the principle “made launch and forget”) is first of all planned to equip American helicopters of the Bell family, as well as AH-64 Apache.


When testing a new missile, a number of technical problems were found near the ammunition. One of the main problems was the possibility of intercepting the control of the missile in flight as a result of electronic interference. During testing, a vulnerability was discovered that allowed us to divert missiles from a detected target or point to another target. 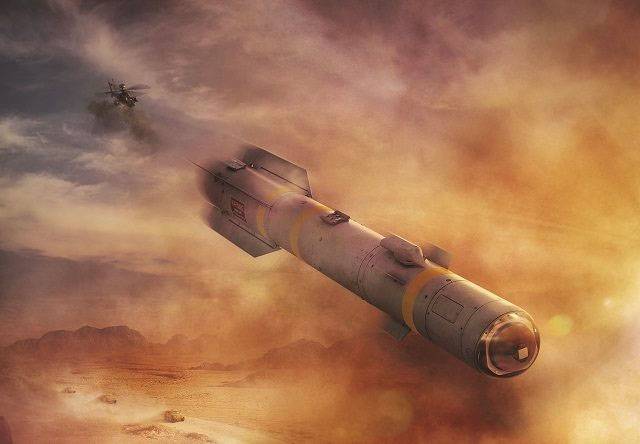 Now experts at Lockheed Martin argue that after the modifications carried out, the latest American rocket is free from basic technical and software problems. It is noted that in the coming months it will be put into service with the American army.

Ctrl Enter
Noticed oshЫbku Highlight text and press. Ctrl + Enter
We are
Pumped "Hellfire" changes the rules of the game with the Russian Armed Forces in the European theater of operations. How will military air defense respond?Attack helicopter armament
Military Reviewin Yandex News
Military Reviewin Google News
58 comments
Information
Dear reader, to leave comments on the publication, you must sign in.