Bandera out of "Minsk"

February 23 2018
40
The practical meaning of the Poroshenko-signed law “On the Re-integration of Donbass”, as well as on the “occupation of Donbass” and “Russia-aggressor”, is that Bandera’s Ukraine officially leaves the Minsk agreements. 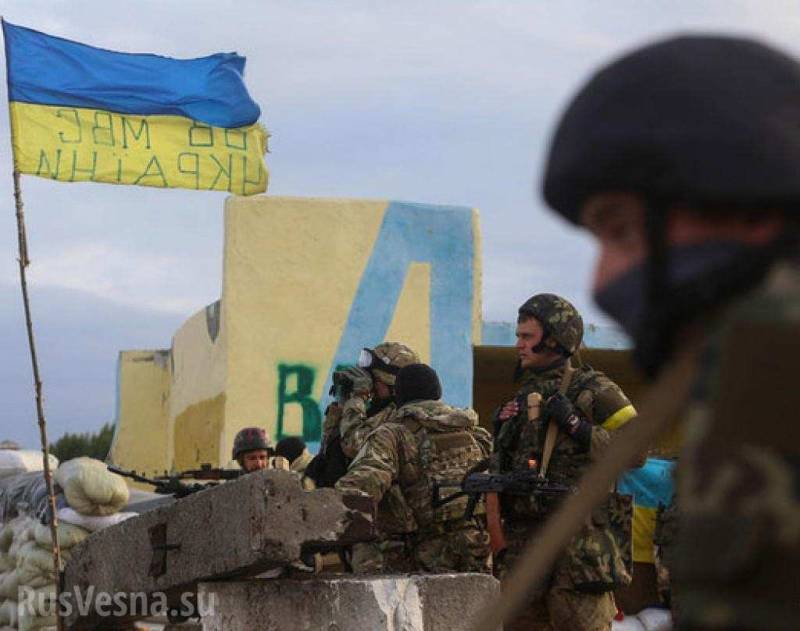 This open secret was vigorously discussed in the Verkhovna Rada by radicals of all stripes, which finally needed to be done away with “Minsk”, and now it was replaced by “reintegration of the occupation”. Poroshenko himself habitually lies that the Minsk agreements are not violated, well, so-so beloved, you can say anything.

In the Donbas, this law will not change anything in the near future. Renaming the anti-terrorist operation to something else will not change the meaning of the positional war, and Poroshenko’s personal power in Ukraine will no longer be, because it is limited to opposing political forces, primarily the Popular Front with Avakov, Yatsenyuk, Turchinov and other Nazis. Adoption of any law will not move their position.

In the political sense, the law on “reintegration - occupation” Poroshenko is trying to lead his ultra nationalists, and thereby bring down a wave of Nazi aggression of various stripes against his person, in order to protect himself against a coup. It is unlikely that Poroshenko will be able to restrain them in this way until the next election: they do not believe him, they suspect a double game, again, he mentioned the Minsk agreements during the "reintegration of Donbass".

In the foreign policy sense, this law exacerbates the situation around Ukraine. Russian Foreign Minister Sergei Lavrov was the first to respond, calling the Kiev authorities "regime" that he "was not going to fulfill the Minsk agreements" and "not only what he admits, but suggests the possibility of a military solution to the conflict." European colleagues, Lavrov adds, “took water in their mouths”. From this it follows that Moscow will follow the development of events, will wait for the water to flow from European mouths, and where it will flow.

But there are fairly obvious things. "Norman format" ordered to live long, the more he is unlikely to meet. There can be no “peacekeeping contingent” in the Donbas, because Moscow linked its appearance with the execution of “Minsk”, and without “Minsk” there is nothing to talk about. In general, it makes no sense for Moscow to conclude new agreements with the “Kiev regime”, and with Europe, since they will not be implemented either, which is why there can be no Minsk-3.

Russia faces the question of the denial of legitimacy to Kiev, for which it suffices to withdraw the remnants of its diplomatic missions in Ukraine. But there are still trade relations in which Russia is economically interested, especially in the transit of gas to Europe, which keeps the whole situation in limbo. Therefore, Moscow will not rush, will wait for the reaction of Berlin and Paris. Relations with Washington will obviously deteriorate, since this law was adopted at the suggestion of the Americans. And the likelihood of a military outbreak in the Donbass increases.

Moscow’s application of some restrictive measures to Bandera in connection with the adoption of the law on “reintegration-occupation” is possible, but apparently after the reaction of Berlin and Paris to it and the end of the presidential elections in Russia.

Some analysts had previously stated that the Ukrainian crisis would be resolved either by the “Georgian scenario” or by the “Syrian” one, very close to the “Yugoslav” one. Now it is obvious that the situation in Ukraine is slipping into the “Syrian variant”, and the likelihood of a new coup d'etat remains.

Ctrl Enter
Noticed oshЫbku Highlight text and press. Ctrl + Enter
We are
Reports from the militia of New Russia for 27-28 September 2014 of the yearResults of the week. "Well, do not change me because of every idiot!"
Military Reviewin Yandex News
Military Reviewin Google News
40 comments
Information
Dear reader, to leave comments on the publication, you must sign in.