US Marines began to prepare for the "Russian winter"

February 22 2018
88
US marines are preparing in Norway for potential battles with military personnel from Russia and North Korea. The US media calls this preparation "hellish in terms of tax spending," including because of the specific climate.

The struggle is likely to be hellishly difficult from the point of view of physical preparation and financial costs of taxpayers, compared to operations in the Middle Eastern climate to which the corps is used
- reports site defensenews.com. 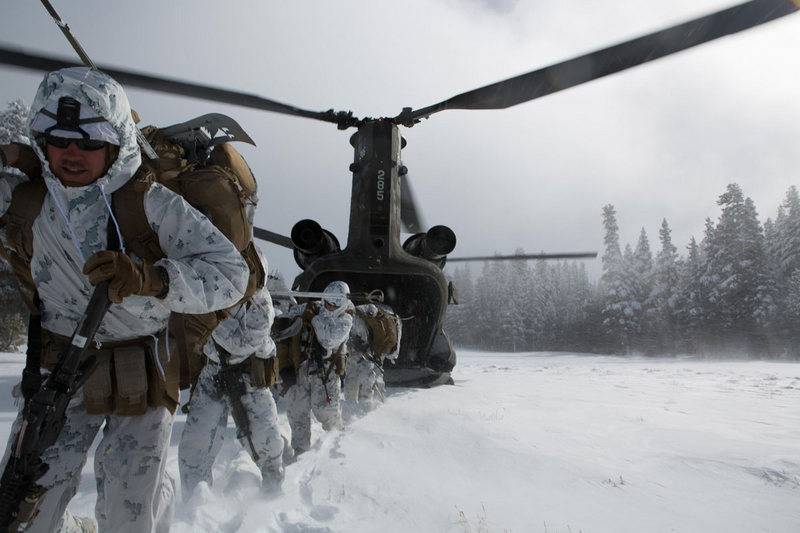 The publication notes that the US military pays attention to the smallest details, since this can be a matter of life and death, and even the most ordinary tasks take more time, says First Lieutenant Wilson Fortuna, commander of the platoon of the US Marines, who is in Norway.

The corps intends to catch up with other Arctic allies and potential adversaries in terms of training. That is why the Marines began training in the north. They test equipment in harsh environments and become familiar with the tactical and logistical tasks of the snow tundra.
- noted on the site.

New equipment allows US infantrymen to fight the enemy in deep snow, in cold and mountainous conditions. The publication notes that the naval corps did not fight in a cold climate since the campaign of the Hoshin Reservoir during the Korean War almost 70 years ago. But now the Marines are again preparing for such a conflict, most likely with Russia or North Korea.

Marines fear that fighting in a cold climate will lead to greater losses than similar operations in temperate climates or even in the scorching deserts of the Middle East, reports "The View"