After Syria there will be Lebanon. Americans learned about Medvedev's military plan

February 24 2018
92
Russia is entrenched in Syria, but does not intend to stop there. The next item is Lebanon. The goal of the Russians, as the publication of the "National Interest" indicates, is clear: Moscow wants to get another base on the Mediterranean. According to some reports, Dmitry Medvedev ordered the Russian Ministry of Defense to begin military cooperation with Lebanon. 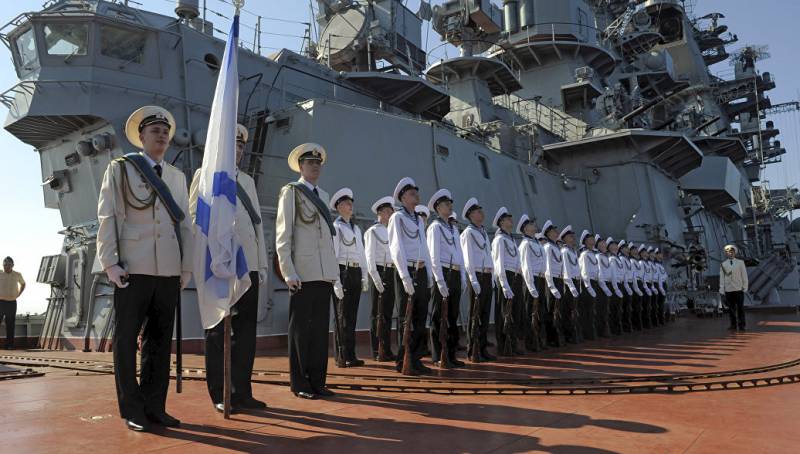 Will Lebanon be the new outpost of Russia in the Middle East? On this topic, American analyst Michael Peck, a specialist in defense and storiesliving in Oregon. His new article appeared in the journal. "National Interest".

The author is confident that Russia, having acquired the naval and air bases in Syria, can now head for Lebanon. As evidence, Michael Peck leads the decision ... Dmitry Medvedev.

As stated in the article, Russian Prime Minister Dmitry Medvedev "instructed the Russian Defense Ministry to work out an agreement on military cooperation with Lebanon." Moscow wants Lebanese ports to be open to Russian warships, and Lebanese airports to become transit points for Russian combat aircraft.

Where did Peck get information about such an order from Medvedev? It turns out, from the Russian site Sputnik News in Arabic! From Arabic, Peck translated the text into English using an electronic translator from Google.

If you use the same method, you can find out that the Russian Prime Minister instructed the Russian Defense Ministry in February to begin negotiations with his Lebanese counterpart on signing an agreement on military cooperation between Russia and Lebanon. The draft agreement provides for the exchange of information on defense issues and the promotion of mutual confidence of the parties in the field of combating terrorism, as well as the development of relations in the field of joint military training.

Signed: Chairman of the Government of the Russian Federation D. Medvedev.

The agreement, writes in the National Interest M. Peck, will cover a wide range of activities, including joint exercises, cooperation in the fight against terrorism and Russian instruction of the Lebanese military.

M. Peck complains that such a message, which flashed in the Arabic edition of Sputnik News, for some reason passed the English-language editions and did not appear in the main Arab media, even in Al Jazeera or the Lebanese newspaper Daily Star. ("The Daily Star").

Curious and more. As the author further indicates, the “Russian plan” was presented by pro-Iranian publications: the Al-Mayadin resource, which is believed to be close to Hezbollah, and the Al-Manar website linked to Hezbollah.

What is going on? The Russian-Lebanese military agreement is noteworthy because, unlike neighboring Syria, Lebanon and its army are oriented to the West. However, the Lebanese Armed Forces are still using the Russian weapon: Tanks and machines. However, in 2008, the Lebanese army refused the offer of Moscow to supply ten MiG-29 fighters. Most of Lebanon’s military equipment today is American and Western European models, including M60 and M48 tanks, M113 armored personnel carriers and TOW anti-tank missiles. According to Security Assistance Monitor, since 2008, the Obama and Trump administrations have made more than $ 357 million in military supplies to Lebanon. American support for the country continues: it reports on the supply of M2 Bradley infantry fighting vehicles and the upcoming sale of six MD-530G combat helicopters to assist in the fight against the Islamic State (banned in Russia). And this despite the accusations that the Lebanese army turned out to be a “subsidiary” unit of Hezbollah! That is, in some ways, Washington is “effectively arming its enemies,” squeals Michael Peck.

Next, the analyst goes to the main point: will Lebanon become the next ally of Russia, like Syria? Damascus has provided the Kremlin with the Tartus naval base, and Moscow has a “friendly port” in the Mediterranean. At present, Russian troops and aircraft are based in Syria and support the Assad government.

But the proposed agreement with Lebanon mentions reciprocal visits to Russia and Lebanon, and not Russian ships based in Lebanon, said Olga Oliker, director of the Russia and Eurasia program at the Center for Strategic and International Studies. That is, there is nothing similar to the agreement according to which agreements are established with Syria. The order of the Russian government is thus “not a significant event,” but only a step on the way. However, this step "is part of Russia's efforts" to expand ties in the Middle East. It also shows the "commitment of Lebanon to have more partners and options."

But what does Lebanon get? “He needs a protective umbrella against Israel,” says Tony Badran, a specialist at the Foundation for Defense of Democracies.

It is also important for the expert that Beirut can use the perspective of the Russian-Lebanese military treaty in order to draw “more help” from Washington. In this regard, Mr. Badran believes that Washington should avoid disputes with Russia over Lebanon. It’s just necessary to “wish good luck” to Lebanon and Russia in dealing with Israel, he says ironically.

In fact, we observe foreign experts to read tea leaves. So far we are talking only about formal agreements between Russia and Lebanon, or rather, about their forerunner. Other analysts are already seeing the "consolidation" of Russia where the United States is still well enough. Personal protective umbrella "against Israel" is also too strong a word.

The path to agreements with Lebanon is nothing more than a continuation of Russia's efforts to expand relations in the Middle East. Where Moscow is able to expand its influence, it will do so.