They became obese and became criminals. In the US army there is no one to take

February 22 2018
69
Donald Trump decided it was time to increase the number of soldiers in his native army. Meanwhile, the Americans decided to ramp up their bellies. Now there is no one to go to the army: everyone is too fat. And who is not fat, he is a criminal. 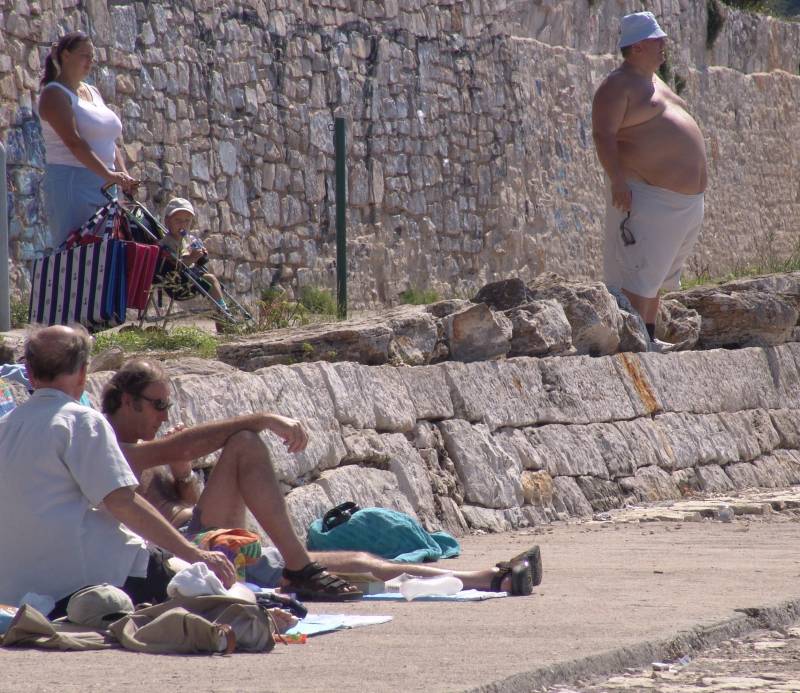 For the next five years, the US authorities have planned an increase in the number of armed forces. Trump's plan, as always, is far from reality: there is no one to recruit.

Brian Bander tells about this in the publication "Politico".

The White House will soon realize that Trump's plans are something that does not correspond to reality in the least. The “harsh truth” is such that almost 3 / 4 Americans between the ages of 17 and 24 years are not suitable for military service. Four main causes: obesity, crime история, drug addiction, lack of education. In short, overweight Americans naturally threaten to destroy Mr. Trump’s entire defense strategy. And these guys are not suitable for recruits at all!

It is time for the Pentagon to get acquainted with the real world and get out of the world of fantasy. Retired Lieutenant General Tom Speer, co-author of the new document of the Heritage Foundation, which deals with conscription, states this as a fact and speaks of a national security crisis. He recalls the rapid growth of obese people in the US (growth is characteristic of the last 10-15 years), the increase in the number of asthmatics, and the increase in crime since school years.

But who will defend America from the Russians and the Chinese? The new military budget provides for an increase in the number of US troops for 25.900 people (until October 2019 of the year). In total, an increase is planned for 56.600 people (by 2023 year).

The report of the Heritage Foundation states that today US military officials "hardly attract a sufficient number of qualified volunteers." And even increased bonuses and other incentives do not solve the issue.

According to US government estimates, 24 million of 34 million people in the age group from 17 to 24 years are “not eligible” to serve in the army. One of the main concerns is the extremely low level of education. The recruit must have at least a certificate of secondary education. Federal statistics show that about 80% of schoolchildren still manage to finish school. But in the army there is no doubt that this data is formal. In practice, young Americans are unable to confirm the simplest skills.

Other causes: crime and drugs. Studies have shown that crime stories have 1 people out of every 10 young people.

But researchers are particularly worried about the number of overweight young people. Here everything is so bad that the army proposes to lower the "standards" for recruits. But what to say: there are already proposals to take into the army young people with a criminal past!

It seems, we note, the Pentagon does not even understand that by recruiting young gangsters, drug addicts and illiterate fat men into the army, it creates future problems for their own safety. More precisely, for the national security of the state. Who can vouch for such a soldier? What will the army become if it begins to fill up the dregs of society? What will the armed forces become if their leadership distributes rifles and machine guns to criminals?