“Russian” transport corridor in the heart of Europe 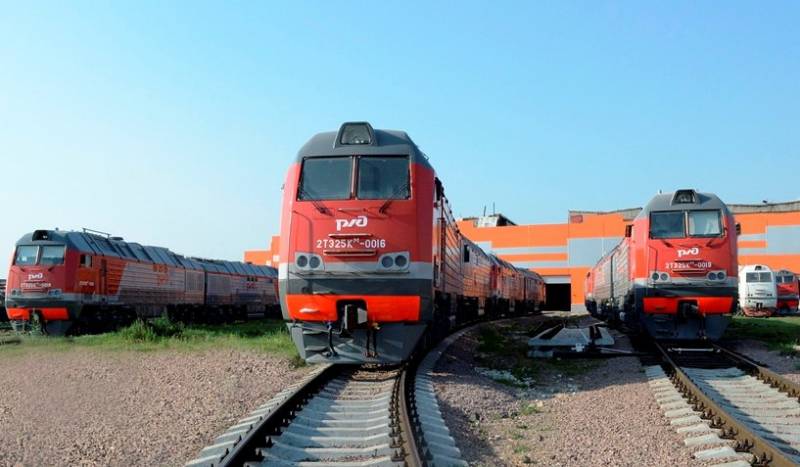 Railways have always been the most economical land transport. They have only two major drawbacks. Trains can only go on a track, and this track in different countries has different widths. That is what limits the use of rail traffic today. But capitalism still takes its toll. He will never give up profits, and therefore in the foreseeable future we will be able to see a train racing through the European expanses along the broad “Russian” track.

Yes, it is the track width that is all the time the main constraint for rail transportation between Russia and Europe. It is much cheaper to transport goods to the Baltic ports and reload them to the ship with a further shipment to Antwerp or Hamburg, rather than let them go by rail through, say, Brest. This is, first of all, inconvenient, and most importantly, a large cargo traffic in such a scheme is impossible. 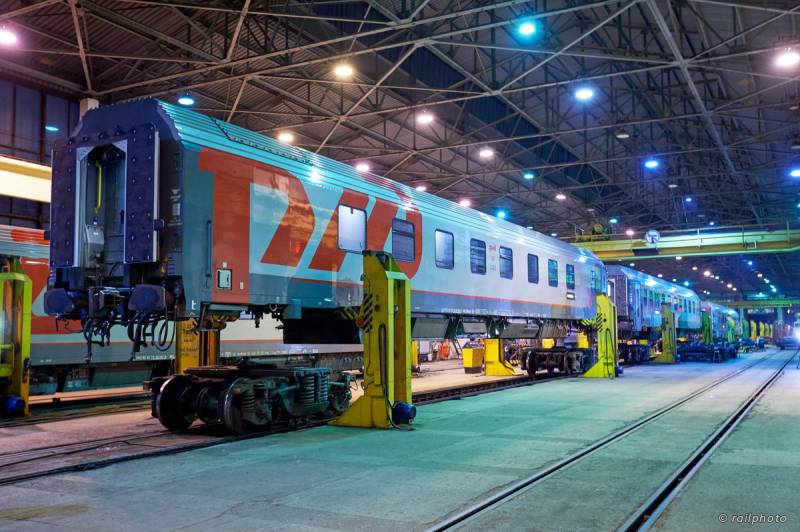 For example. Here are some there are opportunities on the western border of Ukraine for transshipment of goods at docking sites as of 2014 year. As you can see, some units are equipped with workshops for the rearrangement of wheelsets. However, the throughput of such a node is extremely small, only 70 cars per day. Moreover, most of this “volume” is chosen by passenger trains, and cargoes are overloaded with the help of cranes from the car to the car, or with unloading onto an intermediate platform.

As we understand, this method of transporting goods is extremely inconvenient. In the first place it is expensive, and in the second long. The client can not wait, and the competition requires flexibility. And exactly two options. Either lay railways with “European” gauge in Russia, or in Europe with “Russian” gauge.

Not a single European state will soberly agree to alter its gauge. It is expensive. It is tremendously expensive and, as a result, unprofitable (although there are exceptions).

That is why, until now, the Baltic republics have not changed their gauge to the European standard, although the Europeans are very persistent in their inclination to do so. Even willing to compensate for most of the costs. But even this is not very inspiring Russophobic-minded Balts. And you can understand them. The Europeans cannot answer one simple question: what will they carry along this road if the main cargo traffic today goes from Russia to the Baltic and then by sea (a remnant of the Soviet past), and in the opposite direction there is almost no and is not expected? 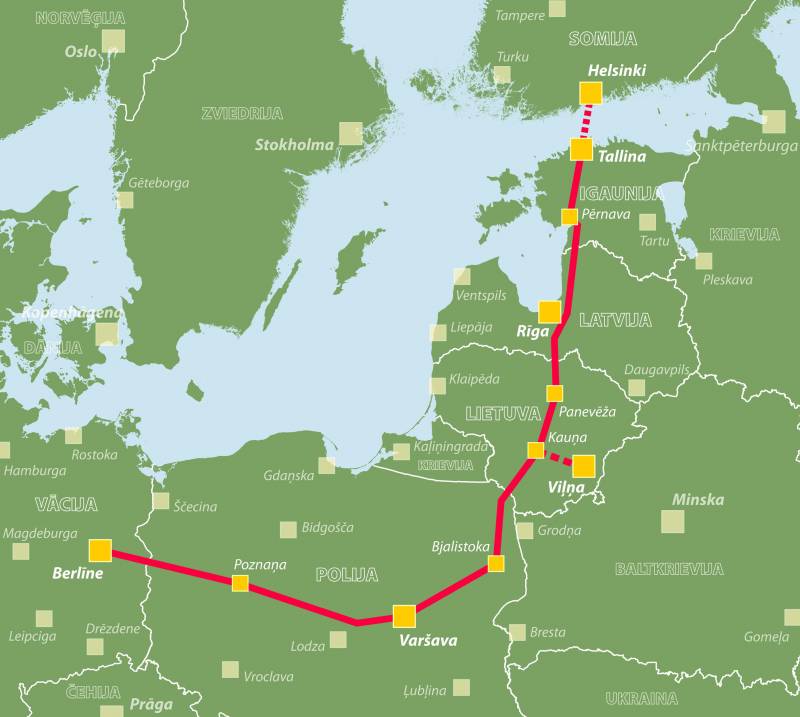 Actually, this is why the only project of such a similar Rail Baltica road is being coordinated so slowly today. And 85% of the money for its construction, EU officials agree to allocate from the budget of the Union. But even the remaining 15% (which is almost a billion euros) scare the Balts. That is why the idea conceived in the last century, despite the obvious interest of Europeans in it, is being implemented very slowly. If nothing changes, the first train from Tallinn will follow the new track at best in the 2025 year, and finally the line will be completed no earlier than the 2030 year. However, many experts agree that the economy does not smell here. Rail Baltica is a purely political project, and investment in it will never pay off.

Yes, political and military, since the main task of the new railway will be the possibility of rapid deployment in the region of NATO armies from the countries of central Europe.

It is quite another thing when we start talking about freight traffic from Russia to Europe. He grows. Moreover, there is every reason to believe that with a sharp improvement in rail logistics to Europe, it will be possible by rail to redirect a significant part of cargo traffic from Central Asia.

And even some of the freight from eastern China.

The most bottleneck for the transportation of all these goods on the new route is precisely the difference in gauge. Laying a new railroad bed from Russia to Europe according to the “Russian” standard (otherwise there is simply no point) immediately removes the main problem. Freight trains on the new road can be formed in the Far East, and end their way in Europe, where logistics centers will be created around the new road through which goods will be sent to their destinations.

Back in 2008, the political and business circles of Russia, Ukraine, Slovakia and Austria had the idea of ​​creating such a road. According to the idea, the “Russian track” from the Slovak Kosice will stretch to Bratislava and further to Vienna. The new road costing 6,36 billion euros (in 2013 prices of the year) and the total length of 430 km will create more than half a million jobs during construction, and ultimately will result in huge profits, as it will reduce the cost of transportation, for example, a standard container directions to 1,5 thousand euros apiece. 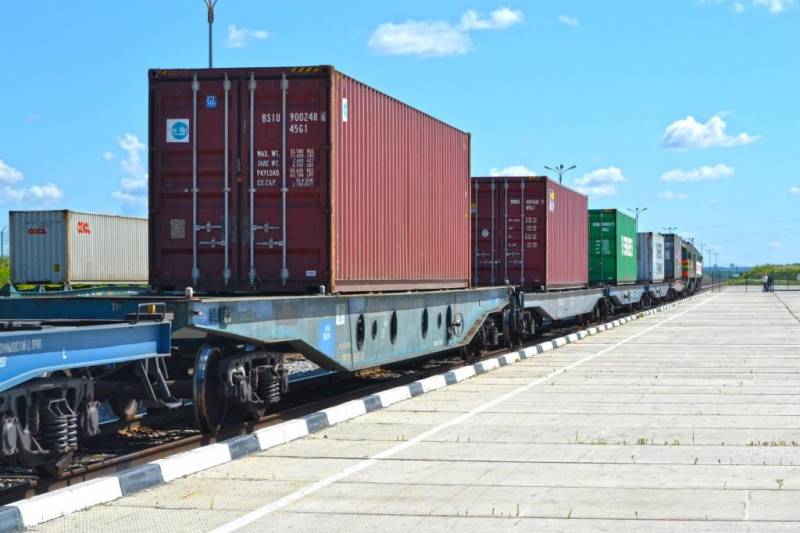 Already by 2013, the project of the new railway passed the stage of economic substantiation, environmental assessment and approached the stage of project development. But Kiev Maidan, which followed after this, froze the plans of investors for several years.

Only in the summer of 2017 of the year, they again began to reanimate the project and yesterday 21 February of 2018 of the year within the business forum "Strategic Partnership 1520" announced its transition to the next stage (preliminary design). That is, the fundamental agreement of all the project participants has been obtained, and now the best one will be chosen from all possible options for the future route. And then the construction itself will follow, which, according to the plan of the participants, should be completed by 2033.

So, we see that the construction of "European" railways to the east in the near future is hardly possible. Europeans, at the behest of NATO, will unequivocally end up building the railroad rail Baltica, which will never be commercially successful and will put a burden on the so-called slimming budgets of the Baltic border countries. And vice versa, the development of economic ties between Russia and Europe has already made the demand for laying new railways according to the “Russian” standard deep into the continent. So, they will appear.