February 21 2018
20
The Indian army expects to receive in the near future one and a half hundred infantry fighting vehicles. According to the armyrecognition.com portal, the Defense Acquisition Council (DAC) of India approved the allocation of 9,2 billion rupees ($ 150 million) for the purchase of Sarath BMPs. 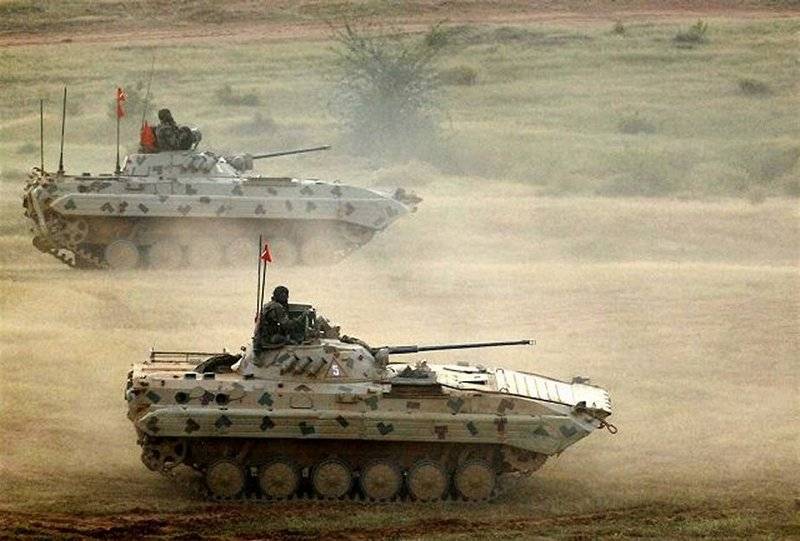 The Sarath machine (a licensed copy of the Soviet BMP-2) is produced at the Indian enterprise Ordnance Factory Board. At present, the armed forces of India have around 980 Sarath in the modified BMP (BMP-2) and 125 command posts based on this machine (BPM-2K).

In the Ministry of Defense of India indicate that the new purchase is a continuation of the modernization program available in service with the Sarath vehicles. In total, 149 units will be procured in combat and command modifications. In the future, the volume of purchases may be increased, as the army assesses its needs for Sarath 362 machines.