Mercenaries for the good of Russia. Part of 2

February 22 2018
98
Continuing the conversation about mercenaries, I want to touch on several other aspects of their activities. To begin to put the dots over i in matters of the use of PMCs and AF. It is this, despite the numerous explanations of experts, today is the main argument of supporters of the legalization of mercenary. 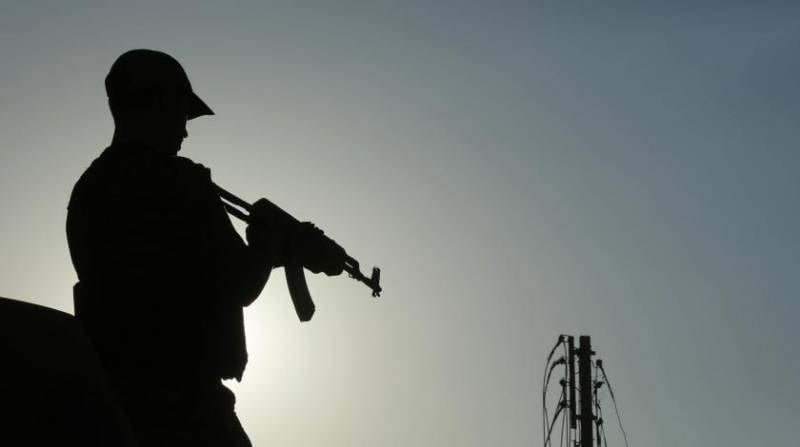 The main thesis of the PMC defenders was the idea-fix on the execution by mercenaries of the "orders" of the Russian government. Allegedly, the Defense Ministry cannot “shine” its own SSO when performing certain tasks, and PMCs, precisely because of their anonymity, are quite suitable for this. And this nonsense is issued for the ultimate truth.

This approach is largely due to a complete lack of understanding of the essence of the work of the Special Operations Forces. What is reliably known to the layman usually fits in a movie about a scout who penetrated the enemy’s rear, destroyed an important object and caused Aviation (artillery, airborne brigade, etc.) to continue this rout.

This is about the same as what is known about Israeli intelligence. Everyone knows that Mossad is there. But no one can reliably tell about the methods of work. Nevertheless, everyone is sure that these are very cool guys who alone can destroy the huge gangs of terrorists. Because so someone who is close to this special service, once told something to someone. And he told the screenwriter who wrote the script for the film. And we already learned about MOSSAD from the very movie that was shot under this scenario.

Does anyone doubt that there are intelligence specialists from several countries in Syria or in the Donbas? And countries that are not close to these wars? There are no German specialists? French? Some more countries. There are no Russian specialists? They are there. And this is quite normal. Information must be verified. And sometimes, allies simply need sudden help "from God." When no one can understand what happened.

Modern aircraft are fully capable of solving any problem. And it does not light up. Moreover, even in the event of failure, experts from the opposing countries can solve the problem of prisoners or those killed without noise. Opportunities for special services recently showed the visit of our main intelligence officers to the United States. When they spat on all politicians, laws and sanctions. It was necessary - and arrived. Everything. And left, which is typical, also in the same composition.

Politics? Of course. And where without it?

Compare the capabilities of the Armed Forces and the PMCs. Who is the backbone of the PMC employees? Former employees. Army or special services. Former! In other words, those who can no longer perform tasks in the service due to age, injury or lack of professionalism. People who are accustomed to making money for a living this way. Or who like just such a life.

We will not even compare technical capabilities of PMCs and AF. The private trader cannot compete with the state in terms of resources. Including the extraction and development of foreign weapons and equipment. The state has more opportunities all the same.

According to "orders from the state." Do you turn on the mill? You need to carry out some kind of operation. You have strong specialists (army, GRU, it does not matter) who are a head taller than private traders. But, for some (many people in this place write “political”) reasons, you hire weak specialists for huge money. At the same time risking the operation and fill up, and light the nationality of private traders. Where is the logic?

This also applies to "commercial" operations. When it comes to state ownership abroad, the country uses its own aircraft. But private property is a private matter. No wonder that in the majority of contracts of mercenaries it is written about the protection of some objects and countering their seizure. Fools write "engage in hostilities" no. Not yet. They are afraid of the law.

Another argument supporters of PMCs slightly smacks. For some reason, the PMC staff and volunteers equalize. There is no logic in this leveling. Those politically active and courageous people who, at the call of their hearts, went to protect the people of Donbass, did not think about money. Moreover, they drove for their own money. We bought equipment and, to be honest, weapon for your own money. And even, we once wrote about it, fought ukrofashistami on their own.

Yesterday’s article on one of the information resources is very indicative. Interview with a mercenary who allegedly was an employee of PMCs. I apologize to those who really understand what war is, but I will quote a few answers from this article.

"Friends called, signed a contract and went. The combat experience at that time was from Donbass." “Friends suggested it to me. Such a word of mouth. Many who have passed the Donbass are aware of all this.”
"The contract is with the company" EuroPolis ". She is also unofficially" PMC Wagner. "
"At the same time, the third point of the contract is very interesting. It stipulates that we are flying there not as military personnel, but as civilian personnel. That is, oilmen, builders, consultants for the restoration of the SAR infrastructure."

As you can see, what the “vagnerovts” says quite fully explains the essence of his work. But all this is known for a long time. But where is there anything related to Russia? Where is the argument that is often used: ordered? The man himself is looking for where the fish is. Purposefully seeking war.

Next is what I asked for forgiveness above. Let me remind you that this is said by a man who, according to him, fought in the Donbas and in Syria. He fought!

"Then - an item on the voluntary rejection of state awards: medals, orders and crosses." “With regards to casualties, almost every third fighter was“ a load of 200 ”(killed) or“ 300 ”(injured). All because of constant attacks to the forehead.”
"This is Wagner's favorite tactic."
"And, of course, a lot of losses were due to their own stupidity." Spirits "mined everything, in general, everything from the word" absolutely. "
“Another“ perfume ”left the cartridges filled with plastids or TNT. As a result, when firing, the machine burst in their hands" ...

Then everything is in the same vein. I understand the smirks of those who understand. Go in a frontal attack with the help of specialists who have sufficient combat experience? Polish Lancers in German Tanks with sabers bald? Or a bunch of idiots without commanders? Piece specialists in the frontal?

Well, with a full set of awards on the chest to fight - it is simply the duty of the soldier. So that everyone can see who you are and where are you from. And what a hero ... was. Contemporary cinema about the Second World ...

Losses look even funnier. Of course, I understand that I want to present my own "feat in this hell" in a favorable light. But, 30-40% loss is too much even for the media. When storming Koenigsberg losses were less. The Afghan experience has shown that even unexplained soldiers do not suffer such losses. Again I remember about a bunch of idiots ...

And how do you pearl about mining all? Gather things ... Yes, any child in the frontline villages of Donbass knows that this can not be done. And these are not beautiful words. This is a fact that almost all those who fought in any country of the world faced.

But there is in this interview one interesting phrase that is worth dwelling on. It was she who explains the difference between a volunteer and a mercenary. It does not even need to comment. One sentence speaks of the essence of mercenarism in general.

"If in the Donbass they fought for the idea, then there everything comes down to money and no idea smells."

Now back to the detonator of this whole discussion about mercenaries. To sources and people from whom "the wave has gone". Especially since they remembered this in the interview.

"But those sources that are now in the face of Igor Strelkov and Mikhail Polynkov, I believe they can be trusted, since Strelkov himself has many colleagues in Wagner served and serves."

We will not dispute the military merits of Girkin. He fought by virtue of his understanding of war. Protected ... Including the Donbass. I risked my life. Condemn him or praise stupid. There are no soldiers who would not suffer defeat. Just as there is no one who always wins. War "off the couch" is always easier.

But the transformation of his comrades in the Donbas mercenaries worth discussing. Moreover, in our opinion, this is the motive reason that made Igor Vsevolodovich start a PMC legalization company. He is very active, he “pushes” this topic into the public consciousness. For your own safety and the safety of your friends.

No matter what we say about PMCs, under the existing Criminal Code, this organization is not legal. And all those involved in this activity understand the possible consequences for themselves. Moreover, in an effort to show their own importance as a military specialist, many of the former volunteers talked about their participation in other wars.

What happened often in war has happened. Sincere desire to help someone, to protect someone, gradually turned into a need. In the work, if you like. And for any job I want to receive wages. A man, even without noticing it, turns into a mercenary. He lives by the war. And no matter where and on which side.

There are enough problems in Russia today. Including with normally paid work. In any region, including Moscow, the main claim to power is precisely this. I want a normal job, but with a normal salary. No one is in a hurry to solve this problem. So there are companies offering risk for good money. A certain analogue of the organized criminal group 90-s of the last century.

I would like to remind one well-known proverb at that time: the brothers live beautifully, but little. "Gray Geese" - not much more. For good money, of course, but we repeat, it is doubtful that Russia needs Russia so much. Historically and morally not needed.