February 21 2018
14
Crews of military transport aviation (BTA) fulfilled a unique task for a kind of aviation - practical bombing and firing of fodder aircraft guns at ground targets at a training ground in the Tver region, the Ministry of Defense said. 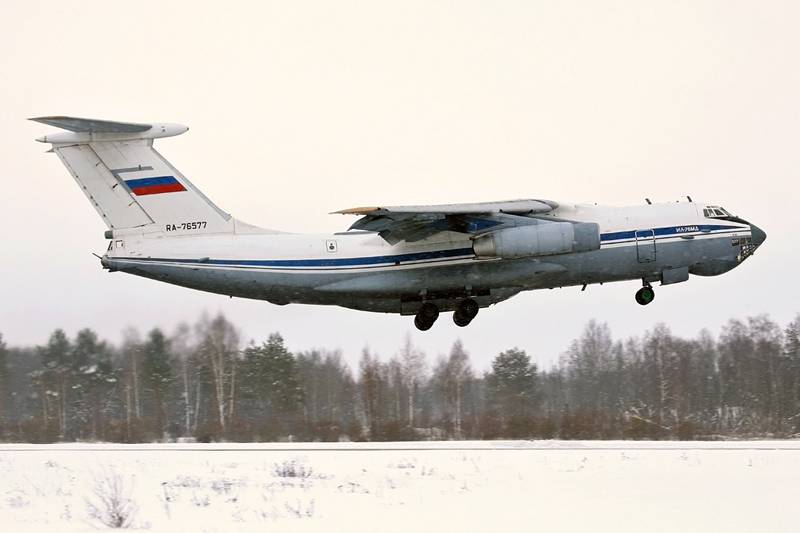 In the Tver region, the IL-76MD military transport aviation crews worked out a unique task for a kind of aviation - practical bombing at the test site. Thus, the VTA pilots mimic the discharge of day and night lighting aviation bombs to indicate the aiming point and the subsequent landing. In addition, the crews of the Aerospace Force worked out firing of stern aircraft guns at ground targets, which designated lightly armored and automotive equipment of the enemy
- Reported in the military.

The Defense Ministry said that the flights took place at altitudes from 400 to 600 meters and at speeds above 500 km / h at low temperatures.

The flight crews of the aviation units of the military aviation aviation stationed in the Tver, Pskov, Rostov, and Orenburg regions, including young pilots, took part in the flights. More than 10 Il-76MD aircraft were involved in the flights.
- added to the Ministry of Defense

IL-76 - transport aircraft designed to carry troops and cargo, including military equipment. The aircraft can hang various free-fall bombs, caliber up to 500 kilograms or radio beacons for four beams UBD-3DA. Bombing can be carried out both in automatic mode from the Dome system and from NKBP-7.

Ctrl Enter
Noticed oshЫbku Highlight text and press. Ctrl + Enter
We are
Today, the military transport aviation of the Air Force marks another anniversary of the formation of
Military Reviewin Yandex News
Military Reviewin Google News
14 comments
Information
Dear reader, to leave comments on the publication, you must sign in.