February 21 2018
13
Authorized structures of Britain and the United States, together with the manufacturing companies, submitted final proposals to the Belgian military department in a tender for the purchase of new fighters, reports TSAMTO. 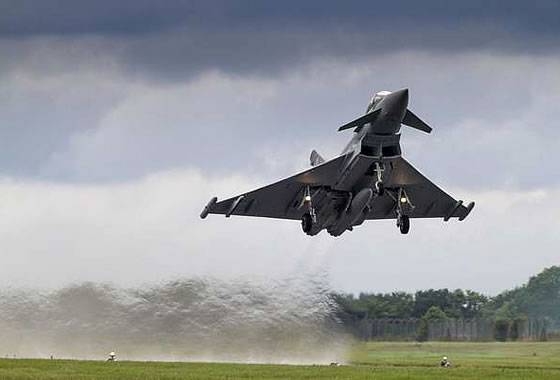 The new fighters should replace the F-54 in service with the 16 of the Belgian Air Force, whose service life will expire in the 2023-th 2028 year.

At present, the Belgian command has begun the procedure for evaluating proposals.

“During this stage, any contacts with state bodies of the supplier countries or companies-applicants are prohibited. Proposals will be evaluated on the basis of previously defined criteria, including: total sales value, combat capabilities, military cooperation and interaction, protection of basic security interests, opportunities for further development, ease of use and deployment, operational and technical support ”, - it is said in the publication.

The assessment is entrusted to a group of 33 experts divided into 7 subgroups, each of which will evaluate one criterion.

Ctrl Enter
Noticed oshЫbku Highlight text and press. Ctrl + Enter
We are
F-35A and the new look of Hel Haavir. Netanyahu's loud statement "stumbles" about the power of modern Iranian air defenseThe 20 rating of the largest arms deals, decisions on which were made in 2012
Military Reviewin Yandex News
Military Reviewin Google News
13 comments
Information
Dear reader, to leave comments on the publication, you must sign in.