BDK "Peresvet" performed shooting in the Sea of ​​Japan

February 21 2018
7
The large landing ship of the PF “Peresvet” carried out a series of artillery firing in the Sea of ​​Japan, reports RIA News message from the representative of the Eastern District Nicholas Resurrection. 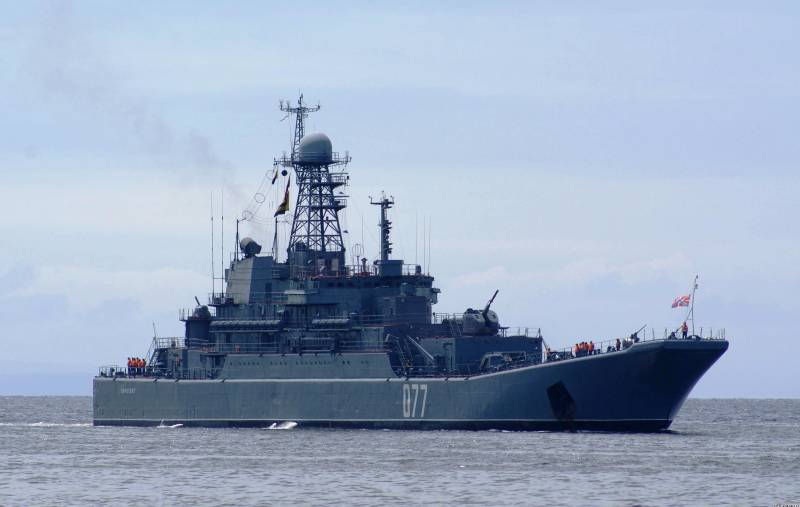 In accordance with the combat training plan, the large amphibious assault ship of the PF “Peresvet” conducted a series of artillery firing in the waters of Peter the Great Bay as part of working out the elements of the course task K-2. In the first half of the day, the Peresvet commanders fired artillery at visible coastal targets, imitating fortified points of a conditional enemy on the seashore,
said Resurrection.

Also, surface targets were hit with artillery fire — a shipboard towed shield and a naval mine.

In addition, according to him, "on Peresvet, there was an exercise in organizing the defense of a single ship against enemy air attack weapons, during which artillery firing at aerial targets was carried out."

Resurrection explained that the K-2 course task implies the actions of a single ship at sea.