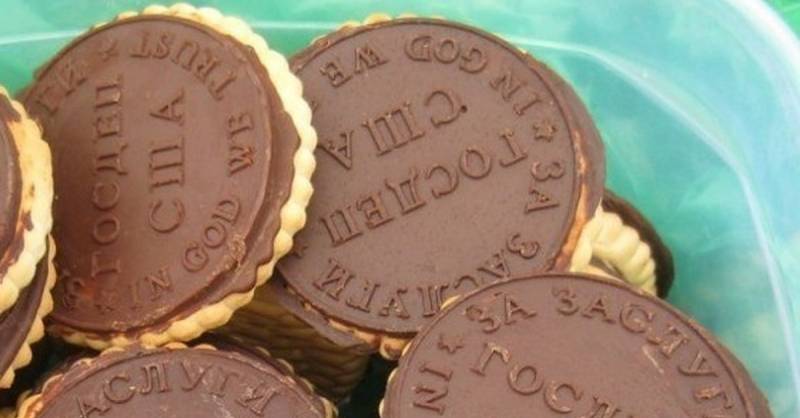 The other day a curious document came into my field of vision. Which is now actively distributed through all communication channels and communicated to all participants in the punitive operation of Kiev in the Donbas. Here is the text:

“Appeal to the military of Ukraine!
You are not our enemy. Our enemy is only the criminal Kiev regime. Who seized power through a coup d'état and the overthrow of the legitimate president. Do not believe the tales of "elections", which allegedly legitimized their power. State criminals are not entitled to appoint them.
But you serve them. Weapon in your hands is the physical evidence of your complicity in their crimes. And this is your pass to the dock. The military oath is no excuse. It has no legal force if brought to impostors.
Drop this weapon! Get rid of direct evidence of your involvement in criminal acts. And run as far as possible from this criminal gang! It's not too late yet.
Command of the army of New Russia "

I do not know anything about the authenticity of this appeal. But I can quite definitely say that the main problem of the present-day Ukrainian situation is completely captured in it. For the problem lies precisely in the Kiev regime itself as such, and not in its individual, even the most vile, representatives.

Now it has become very fashionable to lower all the dogs to the local leader Poroshenko. And that is typical, perhaps the main violin in these visits is played by ... reptilian, Kholuy by nature, Kiev press. And this campaign is mobbed almost as evidence of the complete triumph of democracy and freedom of speech in Ukraine. In fact, everything is much simpler.

It is no secret that many in the West Petro Poroshenko tired worse than bitter radish. An incorrigible drunk, a political doubler, a morbid greedy and a person who has long been lost in life. Which even the actual declaration of war on Russia in the form of a “law on the reintegration of Donbass” signs rather out of fear for its future than from a real desire to fight. And at the same time, his fear of personal collapse will only intensify after the signing of this extremely risky document. In general, the mood in favor of the speedy replacement of this weak character only intensifies.

Moreover, the replacement is in order to fully strengthen the Kiev regime itself, but not to destroy it. It is for this reason that the pro-fascist Kiev press is trying so hard to get the go-ahead to criticize its current leader in the view that even more bloodthirsty Nazi bull terriers are ready to replace him.

That is why when these figures of the political process in other, more eastern, capitals are connected to this search for a more effective replacement of the current “president” of Ukraine, but not at all, it seems to me to be a mixture of inexcusable naivety and deliberately erroneous calculation.

Frankly, it is ridiculous to listen to how some people in all seriousness begin to twirl in the language the theme of the same Yulia Tymoshenko, who, they say, is completely different from the other test and should help her a little bit how she will change everything there. Baby talk - otherwise you will not tell.
When the same State Department of the United States begins to crack the topic, this is completely understandable. The Americans in the hands of all the belts of the situation. Starting with the fact that in the United States under the vigilant care of special services is a former accomplice of Yulia Vladimirovna in gas frauds, when he was Prime Minister of Ukraine, Pavel Lazarenko. Who knows about the behind-the-scenes commercial exploits of the "gas princess" of Ukraine, a little more than enough to keep her eternal American hook. That is why the aforesaid Mrs. Yulia again became a welcome guest at prayer breakfasts in Washington and other “vipovskiy” mezhdusboychiki, such as the Munich, where not everyone is allowed to go.

In Russia, many may not be aware of this. stories. But in Ukraine, almost everyone knows how much a pound of Tymoshenko’s "raisins". Here are just a tiny fragment of what the Ukrainian press wrote on this topic when it was still allowed to it.

“It all started in January 1997 of the year - a case was opened on the fact of theft of state property in the Naukovy state farm in Dnipropetrovsk, then the investigation took the shape of the Prime Minister of Ukraine Pavel Lazarenko and his secret bank accounts. Later, at the beginning of 1998 of the year, GlavKRU conducted a large-scale inspection in the gas sector and discovered losses in the state budget and in JSC "Ukrgazprom". Began a second investigation. And so-called “the case of Tymoshenko” grew out of these two cases. At that time, she was heading the United Energy Systems of Ukraine corporation, which played a key role in the gas sector, and Pavel Lazarenko, who was prime minister, lobbied UESU’s interests. It was established that tens of millions of dollars from the Cypriot company’s accounts went to secret foreign accounts. Somolli Enterprises Limited, owned by Yulia Tymoshenko, her husband and another resident of Dnepropetrovsk.
Mykola Obihod, the former deputy prosecutor general of Ukraine, spoke about the progress of the investigation, he was at the origin of criminal cases against Tymoshenko and Lazarenko, which were initiated in 1997 — 1998, and even wrote a book about those events.
Nikolay Obikhod, ex-deputy prosecutor of Ukraine: We set up currency accounts for a Cyprus company, which was established in 1992, by Tymoshenko, by her husband, Alexander, who has now fled to the Czech Republic and by their third partner, also from Dnipropetrovsk, Alexander Kravts. This is one of the main foreign structures of offshore structures of Yulia Vladimirovna and her partners. ... This Cypriot company was the main donor for the receipt of foreign currency in secret accounts, first of all, by the vice-premier and then by the premier Lazarenko. About Tymoshenko’s accounts in 96 and 97 only passed about 350 million dollars, part of them - 86 million through intermediary advisor of a certain Peter Kirichenko entered Lazarenko's secret accounts in Swiss banks, all this was tracked, documented, although we heard all this time from Tymoshenko and others that this never happened»
Yulia Tymoshenko and her two partners, her husband and Oleksandr Kravts, also owned several large firms, through whose accounts several billion dollars passed, the source of origin of which also included the gas sector of the Ukrainian economy. The accounts of these firms were opened in various banks around the world and the money of the Cyprus company was transferred through them, and then they were transferred to the accounts of Tymoshenko and Lazarenko. This is more than 500 million dollars.
As for Tymoshenko, at that time enough evidence was collected to formally bring charges against her: first, in giving Lazarenko bribes worth 86 million 800 thousand dollars and smuggling Russian natural gas worth about 2 billion dollars.
SC: Nikolai Obikhod, ex-deputy prosecutor of Ukraine:
Why smuggling? A simple scheme that operated in 96-97 year, when UESU corporation, led by Tymoshenko buying gas from Russian Gazprom, showed a significant part of what she allegedly received from the British company, spent on customs as the gas supplies received not from Gazprom, but from the British company and then she transferred money to pay for gas not to Gazprom, but to the accounts of a British firm. Thus, about 1,5 billion were withdrawn from the economy of Ukraine and hidden. United Energy Limited is a property through Yulia Vladimirovna’s offshore schemes. In addition, she was charged with concealing revenues in the amount of 105 million dollars and in organizing the concealment of currency earnings in the amount of 76 million dollars. It was also invented almost brilliant schemes in order to hide income. Fictitiously opened correspondent accounts of the Ukrainian “Yuzhkombank” which president was Yulia Tymoshenko.»
Source - the program "Antidot", the television company "Academy" (Odessa) 19.10.2012

So what of all this? And the fact that the entire pro-American figure, which will be even stronger than Poroshenko, can really come to power in Ukraine is tied to the Washington steam train with the sins of his political youth.

Yes, Tymoshenko, most likely, will be able to strengthen the regime, to the disgrace of shattered his current "Kiravniki". But what do we get from this? It will fulfill the orders of its overseas employers with even greater zeal, and exactly such armed and ready-made Nazi gangs, which today are supporting Poroshenko, will support it from below. Accelerate that she can not, even if she wants to. The latter, however, is doubtful. Just because these gangs are an indispensable tool for the indirect control of Ukraine in the hands of the United States.

It is precisely in this - complete external controllability and inability to resist the pressure of frankly fascist radicals, right up to full bond with them, lies the main essence of the current Kiev authorities, and not at all in the personality of Zapyantsovskiy Poroshenko.
And with this essence, Tymoshenko will do absolutely nothing. Because, firstly, they will not allow her to do this, and, secondly, she herself will hardly want it. Why would the former Prime Minister of the Orange Nazi Yushchenko, who also came to power as a result of a coup d'état, be engaged in the eradication of Nazism in Ukraine? Yes, she will not do that. From the word at all.

Chatter about this, perhaps, will. She knew it before. I myself heard that in Odessa, in the past, she carried over the bumps of the same Bandera, and the next day in Lviv she glorified him to the skies. And what else, even in terms of boltology, can we expect from a politician who has not been shy until recently to call for “destroying Russians from atomic weapons” ?!

However, all this, of course, the verbal husk. And that's not the point. But it is precisely in what is mentioned in the above-mentioned appeal of the “command of the army of Novorossia” - in the criminal, anti-people essence of the Kiev regime itself. Regardless of the names of his regular leaders. And Tymoshenko is absolutely not the person who can change this essence.

And in general, I must admit that such people in Kiev today are not observed in principle. As they say - there are no others, but those are far away. And this is not to mention the generally extremely crappy quality of the entire Ukrainian elite - which is the same as the current one. However, Ukraine by and large, this is one continuous and endless Maidan, and the same “non-dead” Tymoshenko is his prophet.