February 21 2018
29
By signing the law on the reintegration of Donbass, Petro Poroshenko confirmed the focus on a military solution to the conflict, reports RIA News Statement by the Permanent Representative of Russia to the OSCE Alexander Lukashevich. 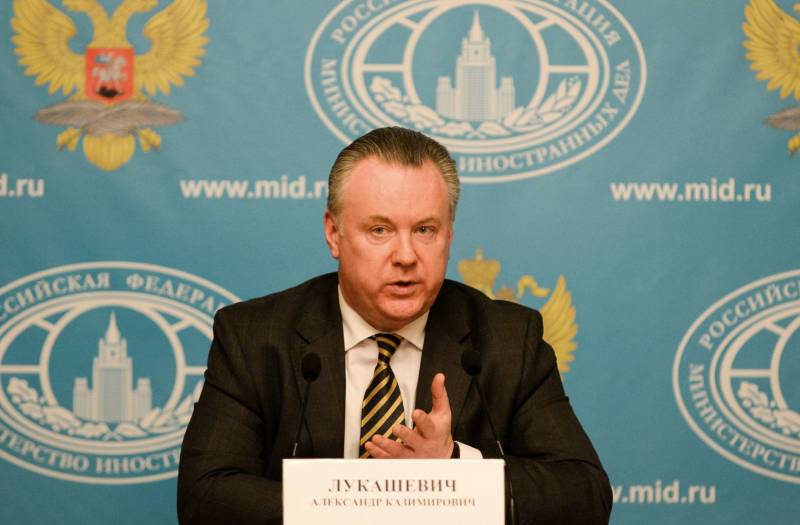 Lukashevich noted that this step was "a logical continuation of Kiev's policy on the escalation of tension in the south-east of Ukraine."

He also expressed confidence that the law signed by Poroshenko "completely contradicts the Minsk agreements and reinforces state support for the crimes of the Ukrainian security forces."

Recall, on Tuesday, the President of Ukraine signed the law on the reintegration of Donbass. In it, Russia is called the “aggressor”, and the territories beyond the control of Kiev are “occupied”. Poroshenko also demanded from the military department as soon as possible (until April 1) to submit proposals “on changing the format of the military operation in Donbass”, as well as on the candidacy of the commander of the combined forces in accordance with the signed law.

Earlier, the Russian Foreign Ministry called Kiev’s statements about the occupation “public unsubstantiated insinuations.” Moscow has repeatedly stated that the Russian Federation is not a party to the internal Ukrainian conflict and is interested in seeing the republic overcome the political and economic crisis as quickly as possible.