February 21 2018
25
Any reports on any progress in relations with the United States predictably cause considerable concern to a significant part of Russian society. Because the conviction of Washington’s absolute bad faith is combined with still fresh memories of the many betrayals of the country's national interests by the Gorbachev and Yeltsin regimes. The wounds inflicted in that terrible period of ours stories still very painful. 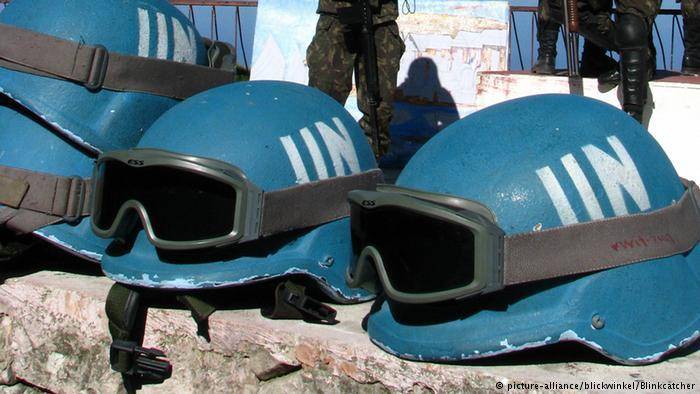 That is why the reports about the success of the negotiations by the Assistant to the President of Russia Vladislav Surkov and the representative of the State Department Kurt Volcker in the Donbas caused a lot of concern, both in Russia and in the People's Republics. Moreover, the “experts”, usual in such cases, are all-propalschans who immediately joined the forcing. Some of which, obviously, do not belong to the category of disinterested alarmists, but seek, by speculating on fears, to change the political landscape on the eve of the presidential elections in the Russian Federation, undermining the credibility of the authorities.

Even more worrying was the plan of the former NATO Secretary General, Anders Fogh Rasmussen, about bringing the 20-thousandth contingent of peacekeepers with Sweden at the head of the Donbass. Moreover, some Ukrainian media, and Russian bloggers who use them as the main source of information, have argued that the Rasmussen project is the result of a meeting between Volcker and Surkov.

However, this plan in reality has nothing to do with the negotiations of the Russian and American representatives. Since it is entirely the fruit of the work of Poroshenko’s advisor (the former general secretary of the alliance occupies such an honorary post), to which no one, except perhaps, has authorized him to do so.

In reality, there is no talk of any kind of “plum of Donbass”, if only because any movement in the matter of introducing UN into the confrontation zone of UN peacekeepers is tightly blocked by Kiev, acting, presumably, in accordance with clear instructions from Washington.
So, even the Rasmussen variant was rejected by the Ukrainian side (of which he, strictly speaking, is a representative), because of the alleged participation of the Belarusian contingent in it. According to the people's deputies of the Rada, the Russian military will be able to penetrate into the Donbass with Belarusian passports. They make the proposal themselves, rejecting it with indignation, this is the result of the internal Ukrainian dialogue on UN peacekeepers.

Actually, the inability of Kiev to form a consolidated position even at its national level excludes the possibility of any kind of productive interaction with it.

However, on one issue in the Ukrainian leadership, a complete consensus is a rejection of direct negotiations with the People's Republics. That, in fact, completely covers the topic of peacekeepers, because without the consent of all parties to the conflict they cannot be sent by the UN Security Council.

In this vein, the situation with the peacekeepers is reminiscent of the Minsk agreements, which, while not being implemented, nevertheless became a real stone on the neck of the Kiev junta, and to some extent restrain the escalation of violence.

Recall that at the time of their signing, the Kremlin was also accused of “draining the Donbass”.

As for the UN peacekeepers, both Moscow and Washington are well aware that the initiative with their introduction will most likely never be implemented. However, the discussion itself of this issue is used not only for feeling each other’s positions, but also for inflicting informational blows.

So, for example, the statement of Vladislav Surkov about significant progress during the Dubai meeting with Walker, immediately stepped up in the US somewhat hushed attacks on Donald Trump, against whom accusations of "working for the Kremlin" were again being showered.

The American "otvetka", expressed in the next series "Putin passed all", as we see, did not make himself wait.

Thus, all the talk about peacekeepers in essence is a smoke screen, under the cover of which Kiev and Washington are preparing a new aggression against the People's Republics. And Lugansk and Donetsk are preparing for its reflection, relying on the political, economic and moral support of Moscow.

In the light of all that is happening, the question arises: is it even possible to negotiate with the West? The experience of the 2018 Winter Olympic Games of the year shows that even our country’s full compliance with the requirements set for it does not guarantee that our opponents will fulfill even the conditions that they have indicated themselves. They will certainly find a reason, not disdaining even obvious forgery and provocations, in order to evade commitments, and worsen our position. That is, to negotiate with the West, on its terms, it is the same as hoping to win against a sharper or a brigade of "fox knives".

Although, I must admit that sometimes a constructive conversation turns out. So, during the Debaltsevsky boiler, when the defenders of the Donbass kept the punishers by the throat, and the Poroshenko regime hung in the balance, the meeting in Minsk was very informative and productive.
It can be assumed that to successfully resolve the issue of UN peacekeepers, similar conditions are needed. Only if they re-emerge, will this initiative lose its relevance, and the LDNR and Russia will hardly be needed.