February 20 2018
69
President of Ukraine Petro Poroshenko said that he was waiting in the shortest time before April 1 for proposals from the head of the country's defense ministry to change the format of the military operation in Donbass and the candidacy of the commander of the combined forces in accordance with the law on the reintegration of Donbass signed by him. 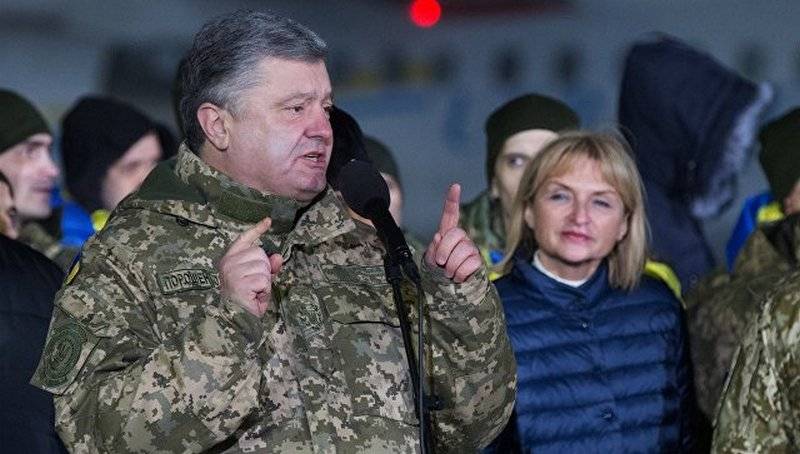 This law (on the reintegration of Donbass) fixes our right to self-defense in accordance with the article of the UN Charter, 51. I am confident that in the present conditions, the leading role for the suppression of aggression falls on the shoulders of the armed forces of Ukraine. Therefore, Stepan Timofeevich (Minister of Defense of Ukraine Stepan Poltorak), Viktor Nikolaevich (Head of the General Staff of the Armed Forces of Ukraine Viktor Muzhenko), I will have an assignment, I am waiting for relevant proposals for changing the format in pursuance of this law (on the reintegration of Donbass) as soon as possible, please prepare me candidacy of the commander of the combined forces
- Poroshenko said at a meeting of the military office on Tuesday, which broadcast channel "112 Ukraine".

Poroshenko also ordered the submission of proposals for a joint operational headquarters, a strategic plan for the use of armed forces and other defense components. He asked to prepare these proposals by April 1, which will be fixed by presidential decree, RIA reports News