Poroshenko signed the law on the reintegration of Donbass

February 20 2018
76
President of Ukraine Petro Poroshenko signed the law "On the peculiarities of state policy to ensure the state sovereignty of Ukraine over the temporarily occupied territories in the Donetsk and Lugansk regions" (on the reintegration of Donbass). 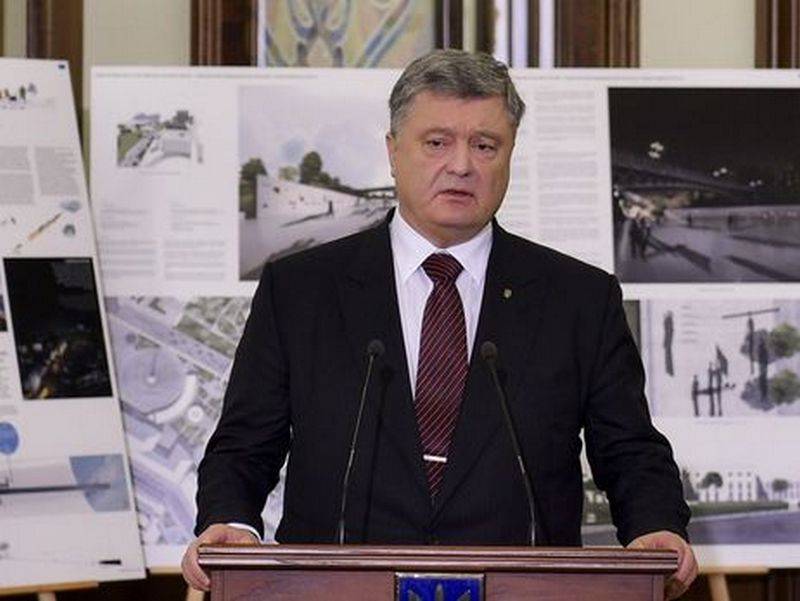 Today, as I promised, I sign the Donbass Reintegration Act. The law does not affect a single letter the international obligations of Ukraine, including the Minsk Agreement. Ukraine remains committed to a peaceful settlement of the situation in the occupied Donbas, as provided for by our international commitments
- Poroshenko declared

This law significantly strengthens the legal framework for the use of the Armed Forces of Ukraine (Armed Forces of Ukraine) and other security forces for the defense of our state. At the same time, it sets the rules for the protection of the rights and freedoms of the civilian population
- Poroshenko said, signing the document live on Ukrainian TV channels.

The law declares Russia an “aggressor country”, and the DPR and the LPR are “occupied territories”. The law comes into force on the day of its publication.

Ctrl Enter
Noticed oshЫbku Highlight text and press. Ctrl + Enter
We are
Weekly summary (30 January-5 February) on the military and social situation in the DPR from the military officer "Mag"
Military Reviewin Yandex News
Military Reviewin Google News
76 comments
Information
Dear reader, to leave comments on the publication, you must sign in.