February 20 2018
25
Over 20 warships and auxiliary vessels fleet The Baltic Fleet’s Baltic Naval Base (BMS) is involved in the ongoing naval exercises, Roman Martov, spokesman for the fleet, said on Tuesday. 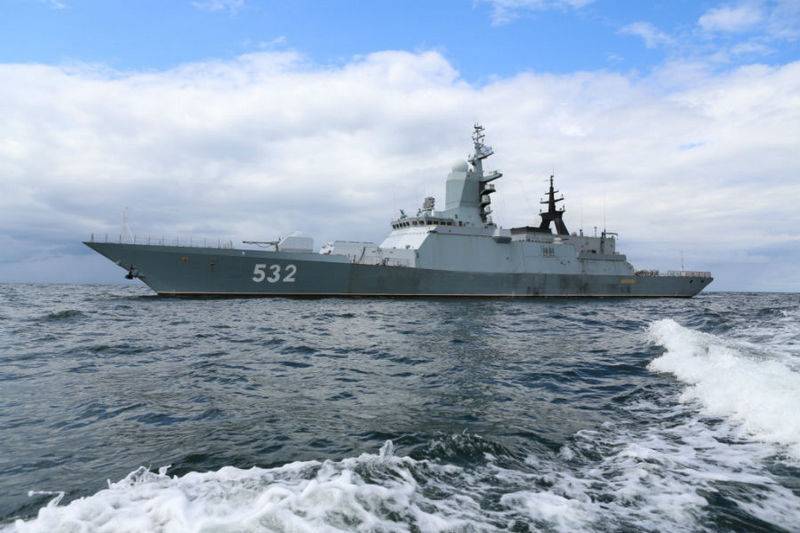 In the Baltic Sea, the BVMB strike forces will deal with problems - small rocket ships and boats, minesweepers, as well as various vessels of the auxiliary fleet. In total, over 20 ships and auxiliary fleet ships will take part in the maneuvers
- he said.

Martov said that at the first stage of the exercise, the crews of the ships work out combat training tasks at the basing point, in which they prepare for navigation, combat and daily organization in the base. Then, in the Baltic Sea, single fleet ships will perform a series of tasks for their intended purpose — anti-ship and air defense.

In the marine polygons, the crews of the ships from several fleet units will conduct artillery firing at air and sea targets of varying complexity, work mine setups and depth bombing
- Martov said, noting that aircraft and helicopters of the sea are actively involved in ensuring the implementation of combat training missions aviationTASS reports.

Ctrl Enter
Noticed oshЫbku Highlight text and press. Ctrl + Enter
We are
The teachings of the troops of the Western Military District
Military Reviewin Yandex News
Military Reviewin Google News
25 comments
Information
Dear reader, to leave comments on the publication, you must sign in.