February 20 2018
35
The technical revision of the second main turbogenerator (GTG), created by the Kirovsky Plant (KZ) for the 22220 "Arktika" nuclear-powered icebreaker, may lead to another delay in the construction of the vessel, reports Kommersant. 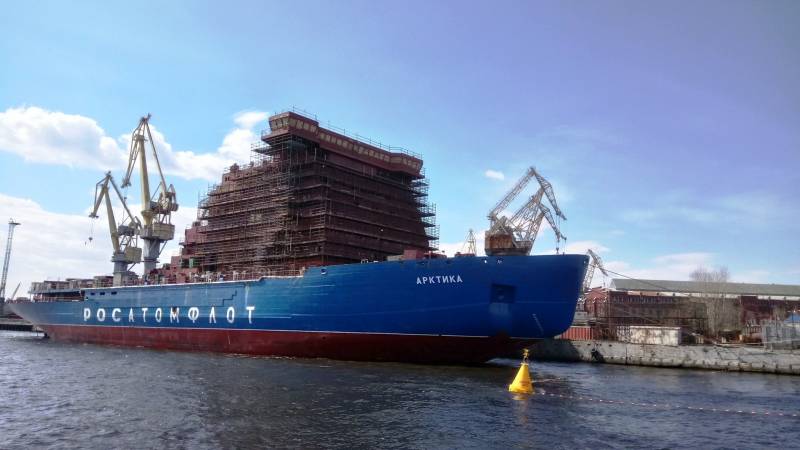 The Baltiysky Zavod suspended the installation work in the engine room of the nuclear-powered vessel until the delivery of the unit, which is currently on the test bench of the short circuit. According to the schedule, the vessel must be fully prepared in the summer of next year. At the same time, newspaper sources claim that “it will take about one and a half years to unite the State Tretyakov Gallery with the supporting systems of an icebreaker.”

The supplier of both units with a total value of 2,7 billion rubles is Kirov-Energomash (KEM), which is part of the St. Petersburg Kirov Plant.

It is reported that "Kirov-Energomash" plans to pass the TG to the beginning of March. However, the publication interlocutors at the Baltic Shipyard are skeptical about these terms.

Are they wizards there? It would be nice to get the unit by the end of March. It's not even the number of technical problems, but their "quality",
said one of the sources.

The Ministry of Industry and Trade asserts that the issue of manufacturing the State Tretyakov Gallery is under the constant control of the federal ministry and the State Corporation Rosatom. In the very "Rosatom" refused to comment on the difficulties in the construction of the icebreaker.

Ctrl Enter
Noticed oshЫbku Highlight text and press. Ctrl + Enter
We are
Laid the keel of the first Soviet-era icebreaker with a capacity of 25 megawatts
Military Reviewin Yandex News
Military Reviewin Google News
35 comments
Information
Dear reader, to leave comments on the publication, you must sign in.