February 20 2018
27
Kurds lost eight settlements in Afrin. Under the shelling of terrorists in Homs and Damascus suffered civilians. Reports about it FAN with reference to Syrian sources. 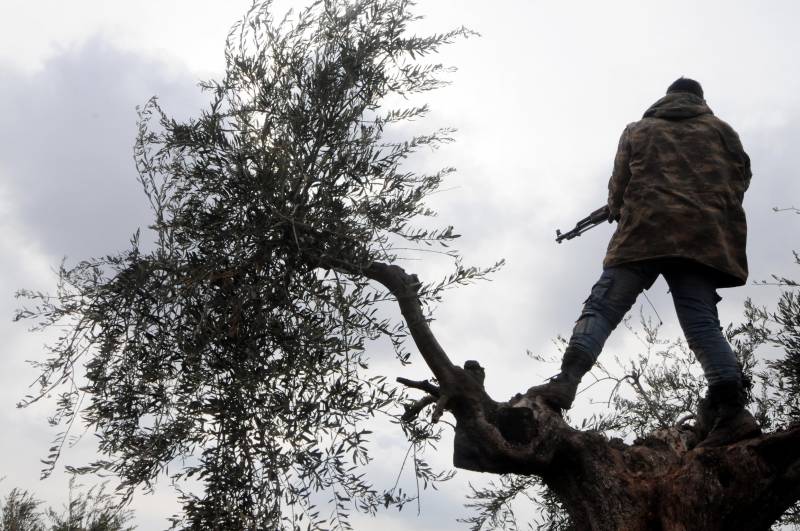 In the north-east of Damascus, government units continued to prepare for a military operation to clean up the Eastern Guta area from the Dzhebkhat al-Nusra terrorists (banned in the Russian Federation) and allied formations during the day. On the eve of the offensive, pro-Assad militias from Raqqah and Deir ez-Zor were redeployed to Damascus. In addition, there were reports that the Marines 500 order completed the training and probably soon will also head for the oasis. In the afternoon, Islamists once again hit the residential quarters of the capital, as a result of which several civilians, including children, were injured. After that, over the Guta, the Syrian air force stepped up its combat missions.

In the northern part of Homs, mutual shelling was observed throughout the day between the Syrian army on the one hand and the forces of the terrorist coalition on the other. The first to strike were the en-Nusra militants. Akrad ad-Dasiniya, Ain ad-Dunanir and Jaburin settlements were under fire, two women were injured.

In the morning, it became known that the leaders of several opposition groups nevertheless decided to unite their troops and create a new anti-government alliance “Dzhebhat Tahrir Surya”. The militants of the newly formed organization intend to continue the war against the Syrian Arab Army (CAA) and the rival terrorist coalition.