Overthrown hegemon. The war in Syria has become fatal for Washington 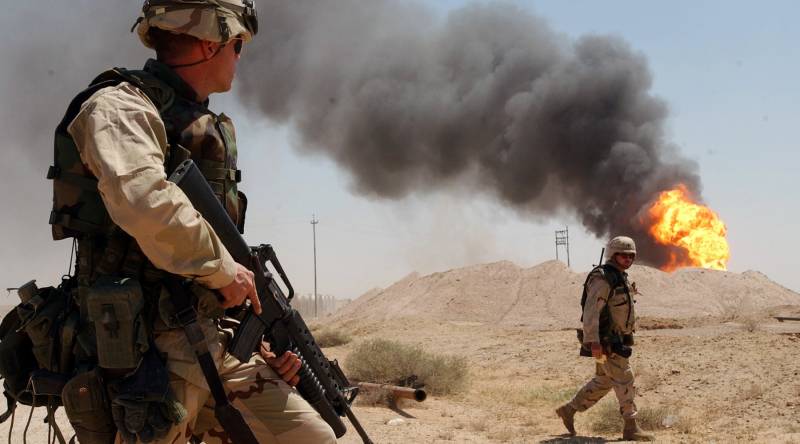 The United States should abandon the megalomania in Syria. The time has passed when they could do anything with anyone anywhere in the world. This is today openly written not only in Russia, China or Europe. American military and political experts themselves are talking about this to the American leadership.

What they say in America

The other day in the American military-political analytical publication "National Interest" There was a very interesting article. Its author, Paul Pillar, a veteran of the CIA, a professor at Georgetown University on international security and peace issues, who gave 28 to US intelligence years of life, talks about the situation that the Americans were in Syria. His main conclusion is that today it is time for the US administration to understand that the time for its undivided sole hegemony in the Middle East has passed, and we need to negotiate with the Russians, who have gained considerable weight and authority in the region in recent years.

It is obvious to him that Moscow, and at the same time Tehran will not retreat, and a direct conflict with them threatens the American security system much more than finding a reasonable compromise.

And it’s hard to disagree with the American veteran, because today in the Middle East the United States has several major problems at once, the solution of which is clearly a non-trivial task.

Yes, the Syrian war showed that Washington is no longer a country that alone is capable of solving world problems. Moreover, today the United States cannot push in some of the most important points of the planet, which, of course, Syria is, a solution that would suit them as a whole. The original plan to reorganize the Middle East has long since become a scrap, and today the Americans are fighting only for the new configuration of forces in the region to include them themselves. 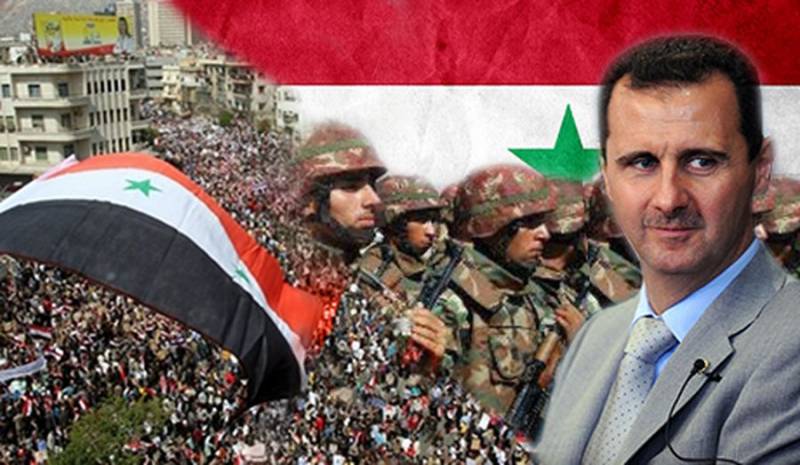 This was probably what Paul Pillar meant when he recommended that the White House recognize the victory of government forces in the civil war and abandon further attempts to bring the situation under its sole control, after which their position in the region gets worse and worse. The fact is that today the Americans have already begun to quickly lose key allies, and those who still have them, thanks to American short-sighted policy, have fallen into a very unenviable position.

Turkey’s transition to the enemy’s camp is almost the main defeat of the United States in the Middle East over the past years of confrontation. Relations between Kurds and Ankara have always been very complicated, and an attempt to create Kurdistan while maintaining allied relations with Ankara was doomed to failure. 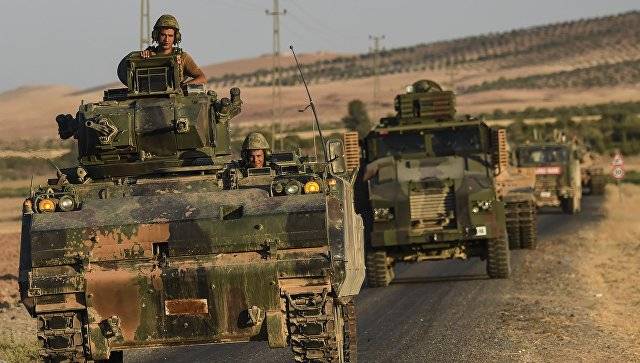 No, at the beginning of 2000-x, when this plan was created, it was realizable. But since then, more than ten years have passed, during which the situation in the region and in the world has changed greatly.

First, China has grown stronger faster than expected, and secondly, Russia unexpectedly quickly coped with its internal problems, was able to reorganize its armed forces and successfully penetrated into the Syrian party.

It was the appearance of a new strong player in it at once that brought down all the geopolitical calculations of Washington. Ankara was able to find a foothold in Moscow and demand from the “ally” respect for its national interests, which were completely incompatible with the plans of Washington.

This ultimately led to a rupture, and today American expert Paul Pillar warns his country against sudden movements and warns of a possible direct clash between Turkish and American troops if the White House continues to actively support Kurdish military formations. And this, in his opinion, for America to prevent in any way impossible.

Another big US problem is Israel. Rather, his irreconcilable position regarding the strengthening of any Iranian influence in the region.

But official Tel Aviv is understandable. The military doctrine of Iran involves the destruction of the state of Israel as such, and over the past decade, that is, during the implementation of the American plan to reorganize the Middle East. Tehran has noticeably increased and today already represents a real threat to the existence of Israel. Moreover, its armed forces are already literally a few dozen kilometers from the Israeli border, and, apparently, they are not going to leave from there. 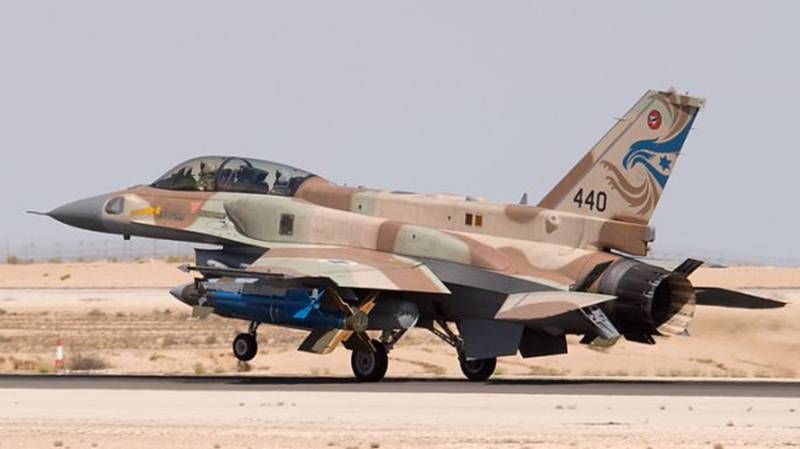 The latest incident with the destruction of the Israeli F-16 aircraft was a very unpleasant bell, not only for Tel Aviv, but also for Washington. Today, the likelihood of hostilities between Israel on the one hand, and Syria and Iran on the other, is growing literally by months. And here it’s not even so important, whether Moscow will intercede for its partners or not. Tehran and Damascus today already have sufficient joint combat potential, which, in the event of the outbreak of hostilities, can put the Israeli armed forces in a very unpleasant situation.

The fact is that what had not existed during the last century was born in the crucible of civil war: the combat-ready Arab army, armed with the most modern weapons and trained in modern warfare tactics. And she is ready to die for their interests.

Yes, and the Iranian armed forces got good tempering in this conflict and clearly improved their combat capabilities. The delivery of modern air defense systems to Syria and Iran will largely neutralize Israeli air superiority, which will drastically change the balance of forces in the region and can play a fatal role for the Israeli state. 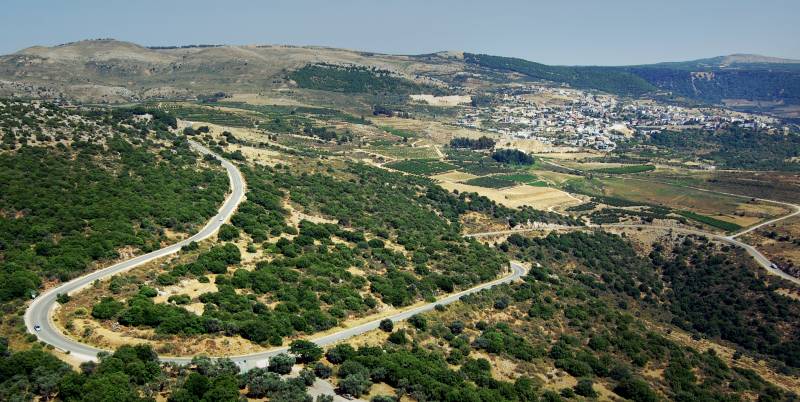 After all, the return of the Golan Heights has never been removed from the political agenda for Damascus, and no international organization will be able to object to anything if Damascus with the help of Tehran ever, in the foreseeable future, wants to return this “original Syrian territory”.

Yes, not today, but after the end of the Syrian civil war or a little later, all this may very well happen. And thanks to the Israelis for such an alignment can the United States, trap them in this not quite necessary Syrian "disassembly". That is why Israel today can delay the moment of the end of the civil war in Syria, but, on the other hand, it is thereby aggravating its post-war situation.

Today, Washington has two lines of behavior in Syria. Or continue to “shoot the horn”, not paying attention to the observance of other people's interests and face even greater problems in the near future. Either compromise with Moscow, Tehran and Ankara, so that together with them we can contribute to the rapid end of the war in Syria and try to preserve that part of our influence that can still be saved. The choice for a country accustomed to seeing itself as a hegemon is not the best. But she has no other today.

Ctrl Enter
Noticed oshЫbku Highlight text and press. Ctrl + Enter
We are
Results of the week. "Well, do not change me because of every idiot!"Yuri Drozdov: Russia prepared the role of the sacrificial calf
Military Reviewin Yandex News
Military Reviewin Google News
135 comments
Information
Dear reader, to leave comments on the publication, you must sign in.