February 19 2018
100
The Israeli Defense Ministry announced the successful testing of the Hetz-3 anti-missile system (Arrow-3, Arrow-3). The tests were conducted by Israel Aerospace Industries and representatives of the Israeli Air Force, together with representatives of the Missile Defense Agency of the US Department of Defense, according to the Twitter of the Ministry of Defense of the country


"Hetz-3" - a joint development of Israel and the United States to intercept ballistic missiles in near space. The next step is the final test of the complex, it will be held in Alaska. 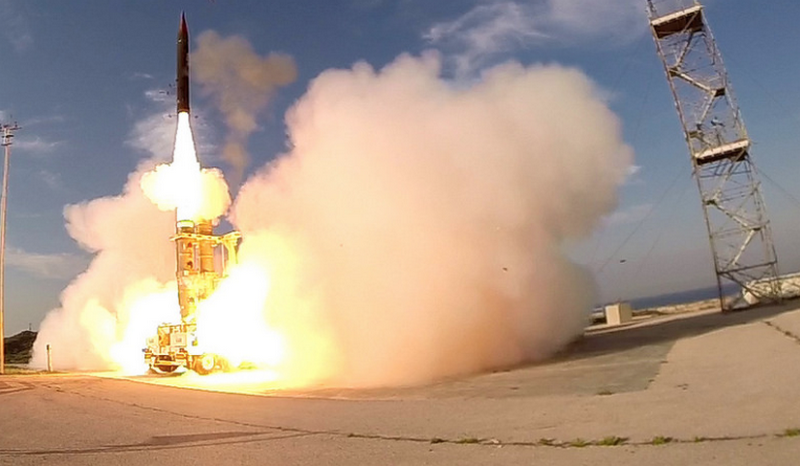 In the design of "Hetz-3" the principle of hit-to-kill, which involves the destruction of the target by direct hit of the anti-missile warhead, is implemented. Experts suggest that it can also be used as an anti-satellite weapons.
The Israeli anti-missile forces are already equipped with the Patriot and Hetz complexes of earlier versions, designed to combat the Iranian shihabs and Syrian scads, and the Iron Dome batteries, which are capable of shooting down short-range missiles like the Palestinian tents. "and" grads ".

Intermediate between them is the "Sling of David." Its main purpose, according to local media, is to intercept missiles with a range from 70 to 300 kilometers, of which the militants of the Lebanese Hezbollah movement are particularly numerous. Last year, the Israeli authorities announced the successful completion of tests of this system and the beginning of its entry into the troops.