Iran replied to Netanyah, who compared the Iranian nuclear agreement with the Munich agreement 1938 of the year

February 19 2018
45
The media published the details of the speech of the Israeli Prime Minister Benjamin Netanyahu at the Munich Security Conference. Netanyahu’s main speech was devoted to Iran and the so-called “Iranian nuclear program”. The greatest resonance in the speech of the head of the Israeli Cabinet to the audience caused a statement that the nuclear deal with Iran was a huge mistake, and the agreement “reminds the Munich Agreement of the 1938 model of the year”.


From Netanyahu’s statement:
This is an unfortunate act of appeasing the aggressor. This is the same thing that happened in Europe in 1938 year - the Munich Agreement of a number of countries with Nazi Germany. And now the deal with Iran has begun a countdown to the appearance of a nuclear arsenal. 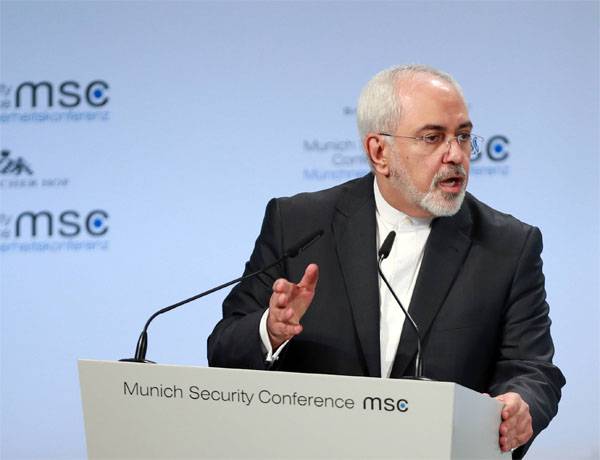 According to the Israeli prime minister, the agreement is built entirely on flaws and has no correct limitations.

Netanyahu:
There are no restrictions on the associated work on enrichment of uranium. It contains regulations for an insufficient number of inspections. Ultimately, this is the path to nuclear capabilities in a country that threatens the security of the entire region.

In Iran, they commented on Netanyahu’s statement, calling it an attempt to shift everything “from a sick head to a healthy one”. Tehran urged Netanyahu to recognize Israel’s nuclear weapons and do not look for it in other countries.

Netanyahu's statement was commented on by ex-head of the US State Department, John Kerry, who is in Munich. He is quoted by the Iranian news agency. IRNA:
Netanyahu and I (Benjamin) disagree on many issues, today he said that in 10 years, Iran will begin to build a nuclear arsenal. It is not accurate. I believe that Iran is a threat, but if we leave the deal, a very difficult situation is created. Then Iran will not trust our steps, and this is bad diplomacy, an unwise strategy.