Embassy of the Russian Federation in the USA: Stop the support of cave nationalism in Ukraine

February 19 2018
24
The Russian embassy in Washington appealed to the US authorities after a series of attacks by Ukrainian nationalists on Rossotrudnichestvo offices and several banks with Russian capital. In the appeal of the Russian Embassy, ​​the US authorities are calling for the end of the practice of cave nationalism both in Ukraine and in some other Eastern European countries.


The statement says that the OSCE Parliamentary Assembly opens in a few days, in which several US congressmen are planning to take part. 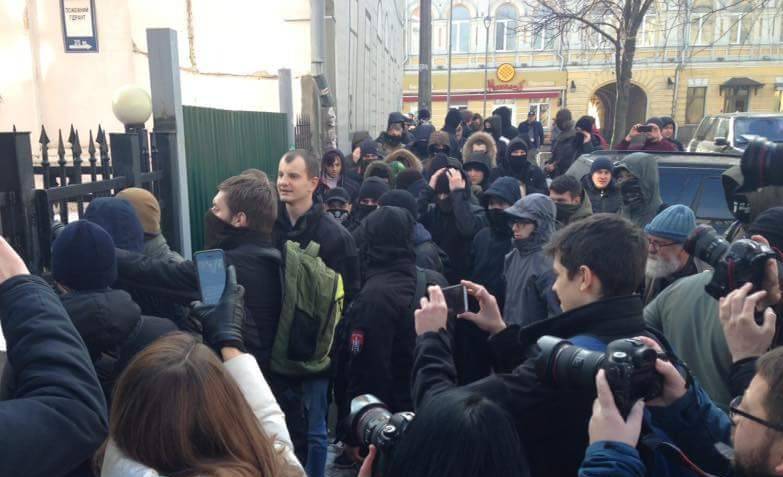 From the statement of the Russian diplomatic mission (quote RIA News):
The American parliamentarians will have a great opportunity to speak out on this story, especially since the pogrom was led by their colleague - Verkhovna Rada deputy from the "Radical Party" Andrei Lozovoi. In the conditions of acute intra-state contradictions, political turbulence and social dissatisfaction, the Kiev authorities are actively implanting the image of an external enemy in the person of Russia.
It is noted that the nationalist antics with pogroms and arsons were elevated to the rank of state policy in Ukraine.

Earlier, Russia called on the OSCE to respond to events in the Ukrainian capital.