A step away from the abyss in Munich

February 19 2018
54
Our euro-loving political community was agitated by the existential agenda of the Munich Security Conference. Russia, too, Europe! Yes, Russia is part of Europe, that's all. Western Europe, and the West in general, speaks and worries only about its security, only about itself, beloved, and its security is really one step away from the abyss, but not the security of Russia and the non-Western world: their security, and from the West, on the contrary, increases. 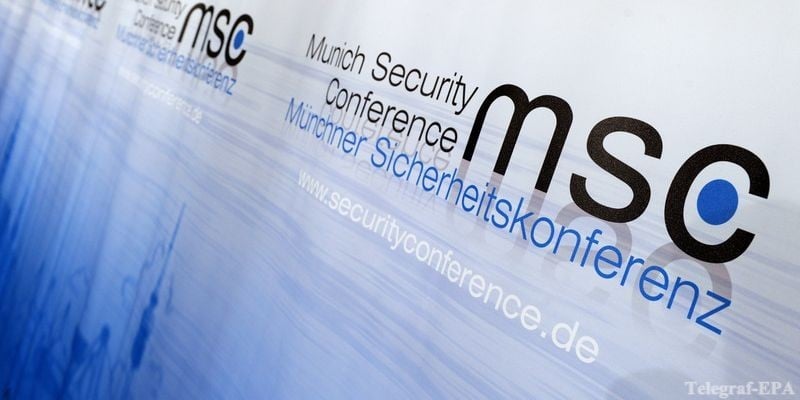 Western Europe doesn’t care about the security of Russia, it would like to dismember Russia with its Eastern Partnership policy directed against Russia and at the expense of Russia, as the late Zbigniew Brzezinski commanded. After all, it was the policy of the “European partnership” that led to a coup in Ukraine and the emergence instead of the “multi-vector Yanukovych”, which this was to the disfavor of Europe, of a Europe-loving Bandera Nazi regime.

Russia repelled a European-American attempt at expansion on its western borders, in the Crimea and Donbas, launched a counter-attack in Syria — and now Europe in Munich shouts: “Chef, usyo is gone!” Yes, the Eastern Partnership’s European policy is gone, and we she was buried, so this European panic does not concern us at all. And since Russia is its real reason, our deadpan Foreign Minister Sergey Lavrov enjoys heightened attention and respect in Munich.

The other main question of the Munich Conference is the aggravation of the situation in Syria, where the world war can almost begin. Specifically, Russia and the United States may collide. Yes, it is getting hot in Syria, the United States cannot accept its defeat, and they are fighting there today under a “false flag” on the side of any terrorists. Moreover, this aggravation did not begin under Deir-ez-Zor, where the Wagner squad suffered, but under our VKS base in Hmeimim, when our special forces, probably the same Wagner, destroyed a group of some specials who organized drones attack on the base of the VKS, which led to the death of several Russian soldiers and damage to equipment.

Something suggests that these specialists were Americans, and they all died. After that, the aggravation began, or rather, mutual revenge began. Our Su-25 shot down from MANPADS and the Wagner squad that was fired is the continuation of the attack of drones on Hamim. Now, it seems, our tacitly give an answer in Syria, according to American specialists, of which there are many, so the hysterics in Washington about the aggravation of the situation in Syria began.

We note that Russia does not express any concern about the situation in Syria, it seems that it is just grinding Western allies and advisers in Syria, that is, Washington’s hysteria about the danger of a collision is overdue: they have already encountered Hmeymim. It is reported that pro-American Kurds left positions held at Dair al-Zor.

In general, the entry of Russian videoconferencing system into Syria from the very beginning meant the possibility of a collision with the US Armed Forces, and Russia went for it, because in Ukraine the US and Europe had crossed the "red line", bringing the puppet Bandera regime to power. Vladimir Putin stated bluntly that we would destroy all the targets in Syria that would pose a danger to us, and indeed destroy, and the Americans got worried, came to Munich by a huge military delegation. And from the Russian side, one is Sergey Lavrov, not counting Iskander in Kaliningrad.

In Syria, Russia has shown that it will continue to fight for its own interests: there will be no more retreat, so Europe and America were in Munich a step from the abyss. From our abyss. Russia began to firmly defend its "red lines", but does not scream about it on the air, like Nikita Isaev.

Russia expressed its attitude to the Munich Conference, and in general, to Europe and the USA, in Kaliningrad, having deployed the Iskander missile system there for its opening, this is clearly not a coincidence. And against the background of “Iskander”, some right in TV studios panic: “Minsk” does not work, and they have driven Russia into a corner. ” Yes, the Minsk Agreements are not implemented by Kiev and Europe with America, they are not politically beneficial for them, it is beneficial for them to lie about the guilt of Russia. What follows from this?

Europe will not fulfill other agreements, if it does not fulfill the already signed, Europe, as a satellite of the USA, is not negotiable! That is, new plans, like various "peacekeeping", will not be carried out by Europe and America, they are called upon to bury Minsk, and, in case of success, to deceive Russia. In this situation, it is pointless to conclude new contracts with Europe and the United States, it remains to insist on the already signed “Minsk”, which Sergey Lavrov does in Munich.

Say more, Russia is not interested in the stability and prosperity of the Bandera regime on its borders, this historical enemy that today does not hide its plans to invade Russia with some Western allies. This is a strategic threat to Russia, so it will not move anywhere from the “non-working Minsk,” however, the Bandera regime, aimed at political transformation. “Russia needs a friendly Ukraine,” said Vladimir Putin more than once.

The US and Europe do not want to take into account Russia's concerns, do not stop the policy of undermining Russia's security by creating Russophobic regimes on its borders, so why should Russia be in the position of Europe? Today's “Minsk policy” of Russia is forced, taking into account the confrontation with Europe and America. Russia is gathering strength, and is waiting for the weakening of Europe and the USA.

German political analyst Alexander Rahr said before the conference in Munich that Europe was alarmed by Russia's eastern energy policy with China and not only. A year or two ago, Europe laughed at the “march of Russia to the East,” and today was frightened. Russia is getting an alternative to the European energy market, so Germany wants to have the Nord Stream - 2, in order to guarantee its energy stability.

In general, the situation in the economy raises big questions. Our alarmists, like Nikita Isaeva, shout that the West has driven Russia into a corner with sanctions, and everything is lost, Europe is shouting from the opposite side, that everything is missing from it. Under the weight of economic success, the European Union is falling apart, migrants from Africa and Asia have invaded, and European friends are preparing to impose sanctions against each other. Trumpovskie USA, struck by economic success, require money from Europe for NATO, and investment in the United States. Who is right: Europe or Nikita?

What will Europe do with the Euro-associated Bandera Nazis, from which Poland has already been impressed and passed the anti-Bandera law? By the way, Russia does not put much pressure on Bandera, like Poland, perhaps pushing him to Europe to show his order there.

Nikita, as a former producer of the TV Football Academy, recalls that Russia has been in the corner for four years, that is, under the sanctions of the collective West, with a “torn economy” and other misfortunes that western “experts” and our own Nikita awards . Over the years, Russia, we will repeat, returned the Crimea, defended the Donbass, entered Syria, and overcame the negative effect of Western sanctions, the American special services report specifically for our Nikits. The Russian economy has gone up, in spite of all our "well-wishers." Why?

Historically, Russia has never been as strong as today. The Russian Empire, which is taken as a model for Nikita, bought shells in Europe, because its military-industrial complex was in its infancy, and suffered defeats on the German front in World War I when England did not deliver shells already paid by Russia for artillery. Today, Russia is one of the largest exporters. weapons in the world. The USSR did not conduct a single operation, similar to today's Syrian, even such plans were not, feel the difference.

This is generally a mystery: how does Russia with the economy in 2% of the world manage to resist the USA and the whole West with more than 20%? I do not know where the statistics and the entire economic community lie and how, but common sense insists that they lie somewhere! The military parity of the USA and Russia says that their real economies are comparable. Rivalry on an equal footing in Syria and around the world, in all environments, from underwater depths to space, is impossible with a strong economic gap. But economists and statistics insist on a wonderful miracle: the "country-gas station" is opposed to the world hegemon!

I do not understand how Russia, with the "gas station economy", can successfully withstand the entire collective West. Or there are miracles in the world, and divine providence stands on the side of Russia, or the real resources of Russia and the United States are almost the same, and someone somewhere is cheating on economic analysis and statistics.

Ctrl Enter
Noticed oshЫbku Highlight text and press. Ctrl + Enter
We are
Project "ZZ". Cold war figureResults of the week. “Look, the whole face is black! Have you ever read Moidodyr? ”
Military Reviewin Yandex News
Military Reviewin Google News
54 comments
Information
Dear reader, to leave comments on the publication, you must sign in.