Icebreaker "Vaigach" broke the record for operating a nuclear installation

On February 16, 2018, the icebreaker Vaigach broke the record for the duration of operation of a nuclear power plant, reached by the nuclear icebreaker Arktika in August, 2008. A new record was 177,205 thousand hours (the previous value - 177,204 thousand hours)
- said in a statement. 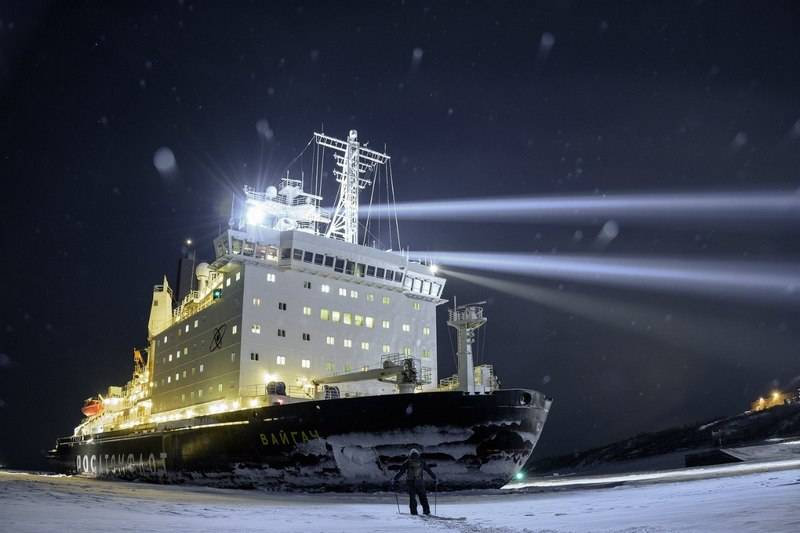 This became possible due to the fact that in 2017, Rosatomflot specialists together with the design office of Afrikantov OKBM JSC completed work on extending the service life of the nuclear power plants of the Vaigach and Taimyr nuclear icebreakers. The operating time of the plants received a scientific substantiation and extended to 200 thousand hours. This made it possible to eliminate the emergence of an “ice break” (a period of shortage of operating icebreakers due to the expiration of the operating period of the old ones and the absence of new ships).

At the same time, the initial resource of the nuclear power plant of the icebreakers Vaigach and Taimyr did not exceed 100 in thousands of hours. Thus, the term has doubled.

This work allows the enterprise to use four atomic icebreakers efficiently.
- noted in the company.

Ctrl Enter
Noticed oshЫbku Highlight text and press. Ctrl + Enter
We are
Laid the keel of the first Soviet-era icebreaker with a capacity of 25 megawatts
Military Reviewin Yandex News
Military Reviewin Google News
48 comments
Information
Dear reader, to leave comments on the publication, you must sign in.