February 16 2018
25
The Kozelsk division of the Strategic Missile Forces (RVSN) of Russia deployed in the Kaluga region will receive another batch of intercontinental ballistic missiles (ICBM) of the Yars complex and load them into the mine launchers in the re-equipped missile regiment until the end of 2018, the information department reported on Thursday and mass communications of the Russian military department. 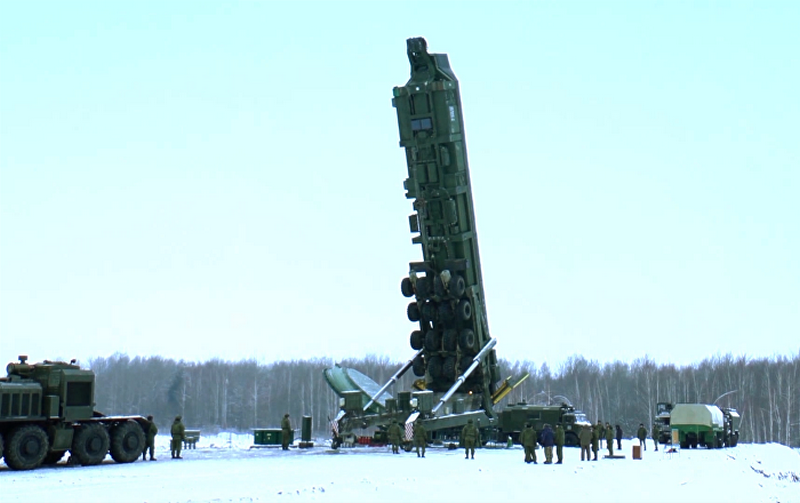 The commander of the Strategic Missile Forces Colonel-General Sergey Karakayev checked the construction progress at the facilities where construction and installation work is being carried out to modernize the re-equipped missile regiment of the Kozel rocket division, the department said.

Until the end of 2018, the Kozelsk missile division planned to deliver intercontinental ballistic missiles of the RK Yars and load them into the mine launchers in the reequipped missile regiment.
"It was informed.

It noted that in recent years, the supply of the Yars missile system has allowed to ensure a steady rearmament rate of the Strategic Missile Forces group of both mine and mobile basing options.

The Kozel missile division is the first unit of the Strategic Missile Forces in the Armed Forces of the Russian Federation, which is being reequipped on the Yarsy stationary base. The adoption of this complex, taking into account the development of missile defense systems, should enhance the combat capabilities of the strike force of the Strategic Missile Forces to overcome missile defense systems and strengthen the nuclear deterrence potential of Russian strategic nuclear forces, RIA reports News.

Ctrl Enter
Noticed oshЫbku Highlight text and press. Ctrl + Enter
We are
In the Kozelsky missile division of the Strategic Missile Forces, re-equipment of silo launchers is underway for the new Yars missile system
Military Reviewin Yandex News
Military Reviewin Google News
25 comments
Information
Dear reader, to leave comments on the publication, you must sign in.