Airbus has calculated the losses incurred under the A400M program

February 16 2018
32
The curse of the Airbus A400M aircraft again reminded of itself: the Airbus company had to write off 1,299 billion euros by the end of the year according to the program of this transporter, of which a billion and a little fell in the third quarter, reports bmpd with reference to the La Tribune. 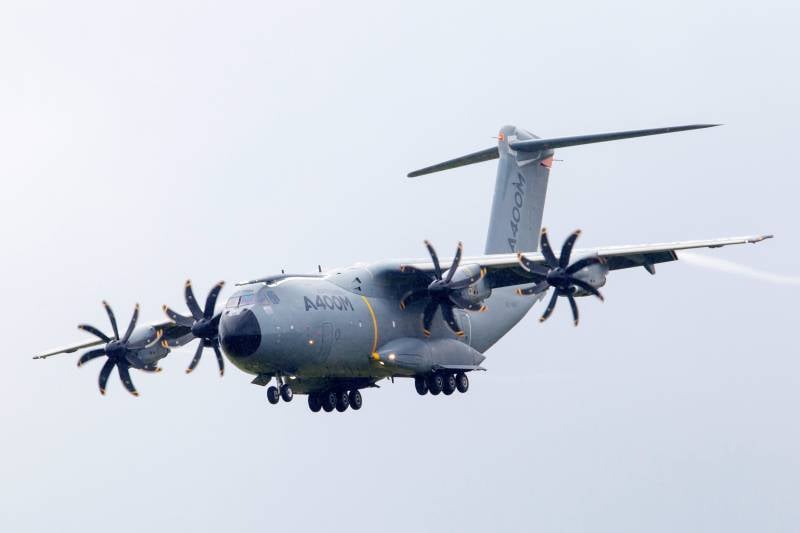 At the same time, the company itself noted that they "managed to improve the situation in the field of production and characteristics of the A400M aircraft", and also "managed to revise the contractual obligations to government customers, which should significantly reduce the risks of the program."

“In 2017, Airbus delivered 19 A400M aircraft to customers (compared to 17 aircraft in 2016). The manufacturer must transfer 16 in 2018 and 11 in 2019. The pace of production was revised in order to streamline the level of stocks, while the roadmap of production capacities in the military was changed aviation", - says the material.

Last year, Airbus reportedly held talks with the European Armaments Cooperation Organization (OCCAR), which oversees the A400M project, and primarily with the customer countries, which led to the signing of a declaration of intent in February 2018, which conditions of the contract, including the approval of a new delivery schedule, an updated roadmap of production capabilities and a revised schedule of scheduled maintenance. ”

Meanwhile, a detailed analysis of the program, in which there is an assessment of the financial implications of a change in the delivery schedule, production capacity and repair, was completed in the fourth quarter of 2017. According to the report, last year the company wrote off 1,299 billion euros for losses.

In this regard, the financial director of the concern Harald Wilhelm at the beginning of the year harshly criticized the head of the defense division of Airbus Defense & Space, Dirk Hawk.

He demanded toughening work and said that “starting from 2006 (when 352 million was written off), Airbus regularly includes in its budget the costs of this damn program.”